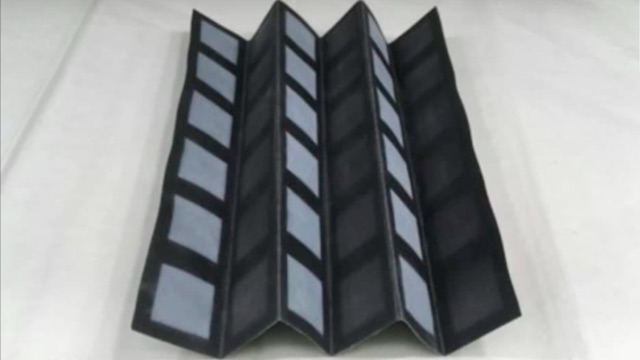 Bacteria is generally considered something to avoid, or at least treat with caution. Sure we all know that there are good types of bacteria essential for our health and well-being, but overall we tend to consider it something best to steer clear of. All that’s going to change if a group of scientists have their way; they’ve invented a battery that’s powered by bacteria. Get ready to rethink your opinions on bacteria and the idea of clean energy.

Researchers at the Birmingham University, State University of New York have created a new type of battery. Of course, it might be hard to tell it’s a battery right off the bat: the device looks like a sheet of paper. Invented as a way to power disposable electronics, this bio-battery is at the forefront of the papertronics movement.

Chromatography paper is the base of this invention. On one half of the paper scientists place a ribbon of silver nitrate under a thin layer of wax. This creates a cathode. The other half of the paper is made into a reservoir using conductive polymer. This acts as an anode. From there, the scientists carefully pour in a few drops of bacteria-laced water. This activates the microbes cellular respiration, which in turn powers the battery.

One of the downsides to this technology is that at this point it must be built by hand, and the way it’s folded can have a dramatic impact on the amount of power generated. Proper folding leads to an increase in the power, while mismanagement of the multiple layers results in a weaker battery. Suddenly origami has a scientific application.

Even when fully powered, the charge of the paper batteries is far too weak for most electronic devices. But for microelectronics and bioengineering, these disposable batteries provide more than enough charge. Biosensors could benefit enormously from papertronics, as well as other disposable electronics that are used in emergency situations. Sometimes a short burst of energy is all a device needs and these bacteria-laden bio-batteries could be just what the doctor ordered.