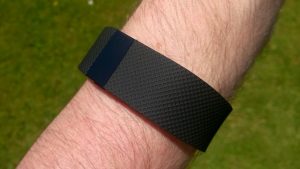 Researchers from Fraunhofer IZM have designed a new type of pliable micro-battery. The batteries are incredibly small and lightweight, yet surprisingly durable. Scientists believe this could be a significant step forward in wearable technologies.

Wearables is a rapidly growing market. These devices can be used to the health and wellbeing of patients, using high-powered sensors. In order to easily integrate into clothing or gadgets, wearables must be lightweight, durable, and powerful. This has proven decidedly challenging, particularly when it comes to charging these devices while they work. That’s where these new pliable batteries come into play.

Scientists built a smart wristband prototype for the new batteries. The wristband comes equipped with three batteries, each of which contains a capacity of 300 milliampere hours. The batteries are capable of storing energy of 1.1 watt hours. Additionally, they lose less than three percent of their charging capacity per year.  The newly designed prototype has a much higher capacity than current wearables on the market. It even has the power to charge a smartwatch without suffering any runtime loss.

The secret to the success of this new design is pliability. Most pliable batteries suffer from very poor energy density. So to get around this issue, scientists instead worked on creating batteries that were extremely small and powerful. The batteries are segmented, meaning they are pliable at certain points. This allows the smart band to be very flexible without sacrificing power.

The institute has another wearable-based claim to fame. Joining forces with Xsenio, a Swiss sensor manufacturer, scientists are working to design a band-aid that is capable of measuring and analyzing a user’s sweat. This can be used to gather valuable data in real-time that can directly impact a patient’s health. Researchers hope to integrate sensors that are flexible, flat, and very light. For this to succeed, scientists are experimenting with a variety of design concepts. Currently, they are experimenting with an encapsulation system. The system would be made out of aluminum composite foil.

Although further research and testing are needed regarding both these innovations, scientists and researchers are confident that their work will soon be used to bring wearable technologies to the next level.