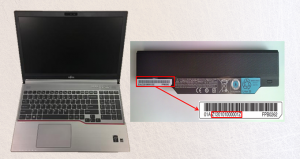 Fujitsu has issued a recall for battery packs used in Fujitsu Notebook computers and workstations. The lithium-ion battery packs can overheat, posing burn and fire hazards.

There are approximately 6,400 models affected that were sold online at www.shopfujitsu.com to the U.S. and Canada from July 2012 through December 2017 for about $170 for the battery pack sold separately and between $1,100 and $2,900 for the battery packs sold with Fujitsu notebook computers and workstations.