AT&T to Pay $100 Million for Cramming 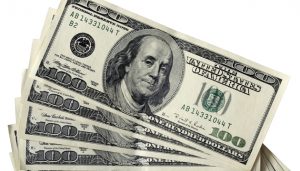 The U.S. Federal Communications Commission (FCC) has announced a settlement with AT&T Mobility in connection with allegations that the company billed customers for unauthorized third-party subscriptions and premium text messaging services.

The settlement ends an extensive investigation by the Commission’s Enforcement Bureau following complaints by consumers that they were being billed for services they did not authorize, such as ringtone subscriptions and text messaging services providing horoscopes, celebrity gossip and other information. In some cases, consumers complained that efforts to reverse charges or receive refunds for unauthorized services were refused, or met with only partial refunds.

Under the terms of the settlement, AT&T Mobility will pay $80 million to current and former AT&T customers who were billed for third-party services that were not authorized. The company will also pay $20 million to those state governments who participated in the settlement, and $5 million to the U.S. Treasury. The settlement also imposes strong consumer protection requirements on AT&T Mobility, including a requirement that it offer consumers a free service enabling them to block all third party charges.

Read the text of the Commission’s Order and Consent decree regarding AT&T Mobility.