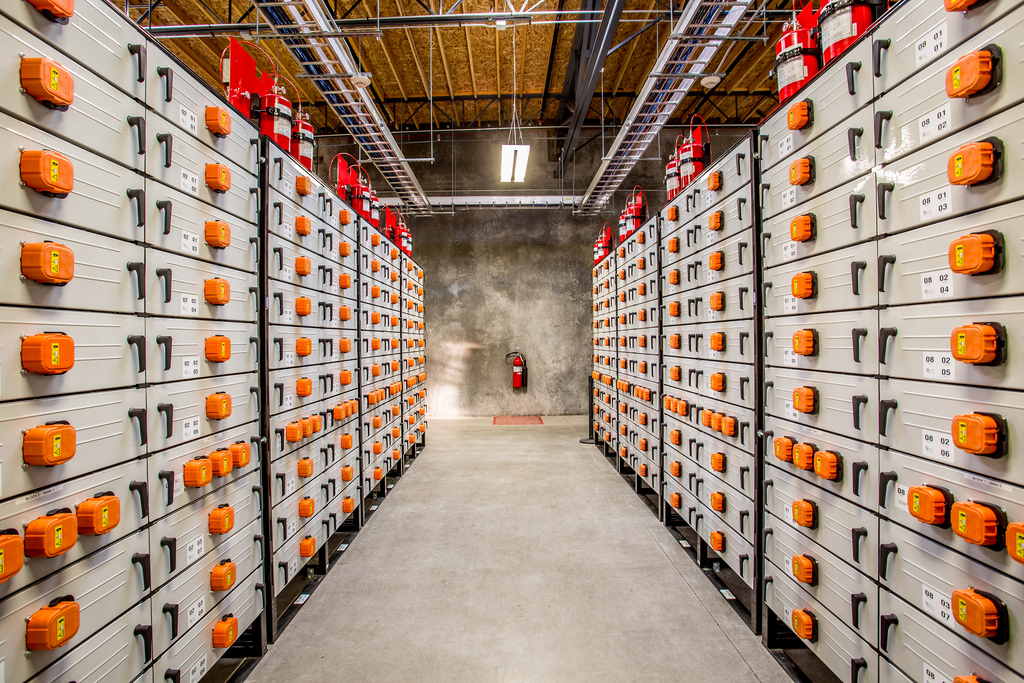 According to a study by the Technische Universität München (TUM), the largest volume of applications by far is submitted by developers of lithium batteries. The study offers a first differentiated analysis of which energy storage technologies will be viable in the exit from fossil-fuel energy. In this area, European and US companies are falling behind economically, as Asian companies apply for a substantially higher number of patents.

Wind and solar power are inherently intermittent energy sources. If a large amount of electricity is to be produced with renewable energy sources in the future, excess energy will have to be stored during productive periods so that these fluctuations can be compensated for. However, existing storage capacities are far from adequate for the purpose. Science and industry are therefore working on new, better technologies. One important focus lies on battery systems that used to be too expensive or unsophisticated to be employed on a large scale. Now, a number of different electrochemical technologies are competing to become the benchmark.

Knowing which technologies are the subject of more intensive development activities and will enter the market in the near future is strategically important to all stakeholders in the energy sector, whether from the industry, political sphere or science. As companies do not readily divulge their R&D activities, economists at the TUM have analyzed worldwide patent applications relating to electrochemical energy storage between 1991 and 2011, as part of a large interdisciplinary project on battery storage. (Applications offer a more up-to-date overview of trends than the granted trade mark rights.)

The study shows that the annual number of new patent families, i.e. groups of patent applications and patents for similar or equivalent inventions (e.g. applications in different countries), rose by 110 per cent from 2006 to 2011. In 2006, applications for intellectual property rights for around 2,800 developments were submitted. In 2011, the figure had already increased to 5,900 applications. “In view of these investments, we can assume that new electrochemical energy storage technologies will be ready for market entry in the near future and will be more cost-effective than the existing products,” says Simon C. Müller, physicist and economist, at the chair for Strategy and Organization.

The most patent applications by far were filed by developers of lithium batteries: in 2011, there were 4,900 new patent families. Indeed, the curve for application numbers in this segment follows a steep upward trend since 2008, after a single dip in 2007. Before that, several suppliers had had to take back products due to safety issues. “Apparently, fears that lithium batteries cannot be made safe enough have vanished,” says Müller. Moreover, the new patent applications are cited more often than other technologies by newer patent families – a mark of quality which shows that they play a role in the continued development of the technology.

In second place in terms of the number of patent applications filed are lead batteries with only around 580 new patent families in 2011. The scientists noted, however, a recent marked increase, albeit to a low level, for redox flow batteries, in which the energy-storing chemical compounds are used in liquid form: From 2009 until 2011, the number of applications more than doubled from 90 to 200. The number of new patent families for alkaline batteries dropped slightly to 240 and sodium-sulphur technologies played a consistently marginal roll with 20 applications.

he analysis indicates that Asian companies will dominate the market. In 2011, 2,100 applications for patent families relating to electrochemical energy storage could be attributed to Asian developers; 530 to European, and only 410 to US developers. Despite a high initial figure in 2001, the Asians were thus able to increase their applications by 220 percent; European applications rose by 260 percent and US applications by 70 percent.

If one considers the quality of the portfolio, Asian companies still hold a very dominant position. The scientists used an index that takes both quantitative data and the number of application citations into consideration. According to this index, the top 10 in the lithium batteries segment include eight Japanese and one Korean company, with Fuji in the lead. Only one US company, Valence Technology, is found here. The most successful European institution, Centre National de la Recherche Scientifique (CNRS), is only ranked 25th.

The study is part of the EEBatt project, which focuses on decentralized stationary battery storage for an efficient use of renewable energies and support of grid stability. 14 Chairs for different disciplines at the TUM join their forces with the ZAE Bayern (Bavarian institute for applied energy research) and VARTA Storage GmbH to conduct research. The project is funded by the Bavarian Ministry of Economic Affairs and Media, Energy and Technology.