Cable discharge events (CDE) occur when a cable is plugged into an electrical system and when the cable and the system are at different potentials. CDE can cause system failures such as system lock up, requiring a reboot, and even physical damage.

There have been numerous technical papers on the subject, and ESDA Working Group 14, System Level ESD, has been considering the development of a test standard to screen for this issue for some time. The problem is that there is no single “worst-case” event that is CDE. There are many types and qualities of cable, multiple ways that cables and system can get to different potentials before being connected, and the far end of the cable may or may not be connected to another electrical system or device.

In this article we will review our current understanding of some of the issues with CDE. At the same time, we welcome your help in developing a CDE test method (or methods) to address the issues you have encountered. Please contact us to share your own experiences with CDE, and the real-world problems you believe we need to consider in this process.

However, how the discharge event will occur is determined by the first contacted terminal at the connector versus socket and/or screen of the cable. Due to the contacting, the charge distribution in the cable as well as on the outside of the cable towards the surroundings will change rapidly but with different impedance paths and different time constants.

Due to the mini- and micro-pitch spacing between connector terminal contacts, the maximum static voltage that may occur between the separate wires and/or the wires and the outer screen will be limited to less than 1 kV. However, an unconnected cable can be charged up to several kVs. Short lasting pulses may have higher voltages without causing instant breakdown.

In the case where the far-end of the cable is (already) connected to some circuitry (for example, a mouse, keyboard, display, beamer, storage device, tablet, laptop, PC, charger, supply, server, switch, router, test and measurement equipment, etc.), the charge storage will be determined by whether that far-end system/device is connected to PE. The internal electronic circuitry connected to the signal interface wires is either floating (Use Case #2a) or intentionally kept insulated (Use Case #2b, see Figure 2) from the conductive enclosure, which is electrically coupled to that PE terminal. 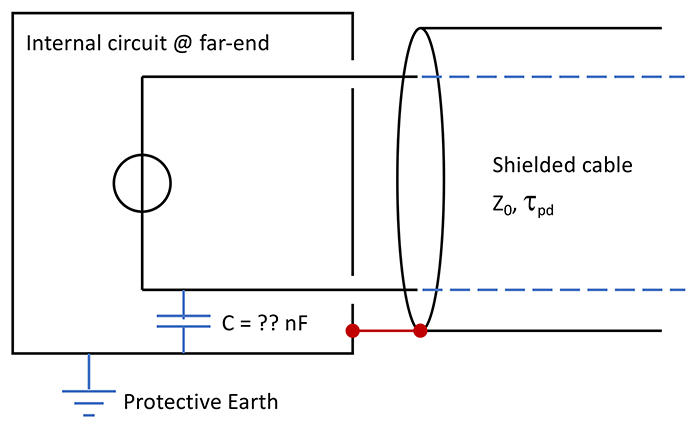 Figure 2: Unknown far-end capacitance (Use Case #2b) between floating circuitry and PE

For battery or interface wire supplied devices (Use Case #2a), the far-end termination will be capacitively coupled to its surroundings. In this case, the (conductive) exterior of the far-end device is not connected to PE. When the far-end system/device is locally supplied, while the inner electronics are kept insulated (e.g., Class-II electric devices; without PE, or Class-I electric devices with PE), a “Faraday cup” is created. The maximum potential is limited by the creepage and clearance distances used or by the break-down voltage of the capacitors used, crossing that insulation barrier. This far-end floating circuitry is connected to the inner wire of the cable. Any retention voltage may be stored in-between that floating circuitry (that is, inner wires) against the outer shield (i.e., AC mains and/or PE). Making “shell contact first” will affect the CDE, such that the maximum discharge current will result due to the low(er) impedance path which closes the loop.

If the device at the far-end is affected by an EMC transient threat (e.g., EFT, Surge), it will couple immediately onto the cable interface in either Use Case #2a or #2b. With the regulatory EMC tests, coupling is done to the cable’s exterior at the near-end port while the cable is fixed to the equipment under test (EUT), not while the cable is in the process of making its contact. True, the probability of the coincidence of an EMC related threat while plugging in a cable is low, but this combination will be very harsh.

(It is important to note that EMC immunity tests are intended to show recoverable functional behavior of a system rather than physical damage at the component level!)

The Cause for Overstress is in the Detail

When a “floating” charged signal cable is plugged into a port, the internal discharge event will initially look like a regular transmission line pulse (TLP), starting at t = 0 ns, of which the pulse duration is determined by twice the propagation delay of that cable for all far-end load conditions (see Figure 3). The typical duration of a TLP test pulse according to applicable ESDA, JEDEC and IEC standards is 100 ns. The maximum cable length is determined by the interface (for example, 5 meters for USB-2, 15 meters for HDMI, etc.). 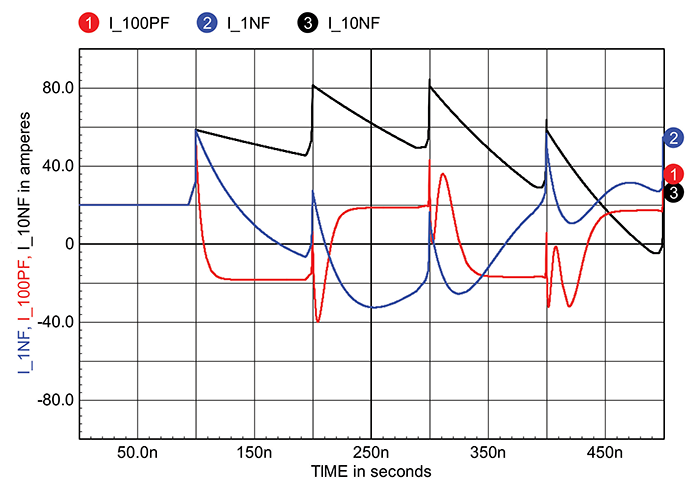 Considering the propagation speed in cables of ~ 7 ns/m, 15 meters HDMI cable would yield a pulse length of 210 ns. The exterior propagation speed on a cable will be equal to the speed of light, that is 3.3 ns/m. The rise time of the pulse while making contact will be in the sub-nanosecond region, considering a metal-to-metal contact. The maximum voltage to be expected on the cable may be high for the cable as a whole (up to several kVs) but will be internally limited considering screen-to-wire or wire-to-wire, typically less than 1 kV.

The discharge “source” impedance, voltage-over-current ratio, will be determined by the cable cross-sectional topology and whether the impedance is determined in the cable itself (that is, wire-to-wire(s) or wire(s)-to-screen) or from the whole cable towards its surroundings. The exterior cable to surroundings’ impedance is 100 to 300 Ω. The inner wire-to-wire or wire to screen impedance is 50 to 100 Ω. At worse, the characteristic impedance of the inner-to-outer shield transmission line (HDMI, FireWire, etc., see Figure 1) can be below 10 Ω.

From a formal TLP source, the peak current can be directly calculated from the initial charge voltage on the line and the characteristic impedance. For a 1 kV charged up 50 Ω transmission-line, the peak current will be 20 Amps initially. A TLP source with an additional capacitance at the far-end means that the initial current will again resemble the TLP characteristics. After twice the propagation delay of the cable is used, the charge as stored in the far-end circuitry will show up too.

As an example, the 100 pF case results when a USB cable with a mobile phone attached at one end is plugged into a computer (to perform a backup, for example). In case the phone is already electrically connected to a sound system (headphone) while the USB cable is plugged in, values of 1 nF or higher occur. Issues like these can be circumvented by using wireless BT interfaces instead. This might also answer the question of why new mobile phones no longer include a headphone socket and use contactless charging. If there are no accessible ports, the likelihood of CDE vanishes too.

This article may prompt other questions. But, after the initial hang-up or damage to a port, it’s unlikely that you have conducted your own experiments to learn what went wrong and why. In many cases, when the product is still under warranty, the product will be sent back to the supplier for repair. But repairing the damage alone contributes nothing to our understanding of the application condition that caused it.

CDEs are likely to occur anytime a cable is plugged into a port (in particular, when the cable is loaded capacitively at the far-end), though they often go unrecognized.

An unconnected cable may collect charge such that its potential towards its surroundings becomes over 1 kV and will increase when being lifted up. In-between the wires and/or the wires and a screen, CDE will remain less than 1 kV due to the mini- and micro-pitch of the connector pins.

However, if the far-end of a cable is loaded by some insulated circuitry, the total capacitance for charge storage will increase towards the outer shield. The maximum potential will be limited as described above. The total charge energy (E = ½C.V2) will be substantially higher than with “formal,” non-far-end loaded TLP test cases.

Do you have an increase in unexplained ESD/EOS failures on your connector ports? Do you think that you have suffered a CDE leading to soft- or hard-failures that have not shown-up with regular ESD compliance testing? Or have you passed IEC system and other ESD qualifications but fail miserably when working with certain cables from a new supplier or other connected far-end devices? If so, you may suffer from CDE, a rediscovered interaction between cables and systems that can cause profit loss, WIP repair and retention, and unsightly internet product reviews.

We want to hear your CDE stories and your experiences in working to minimize CDE risk. So feel free to write to us at iwannarockcde@emcmcc.nl.