What Do You Mean, Environmental Test… and “Don’t Stack Your Resonances”?

On one hand, let’s consider climatic environmental testing. Our electronic and other hardware gets placed in a chamber that is programmed to reach appropriate temperatures, altitudes, high and low extremes of humidity, etc. Appropriate here means that laboratory chamber temperature, for example, will get a bit hotter and later a bit colder than the temperature extremes at the storage/transport/service location(s) that must be survived by our hardware. A typical chamber is shown in Figure 1. 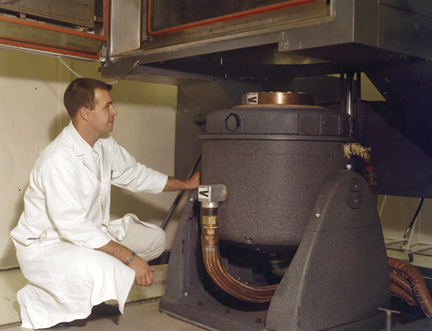 On the other hand, let’s consider dynamic environmental testing.   Our electronic and other hardware gets placed on a shaker or shock test machine or in a reverberation chamber.  These tools are programmed to comply with appropriate vibration, shock, and intense noise test standards. Appropriate vibration means that the laboratory shaker table, with our hardware under test properly attached, will be vibrated at the frequencies and intensities under which our hardware will be stored or transported or used in real situations.  An electrodynamic shaker is also visible in Figure 1. 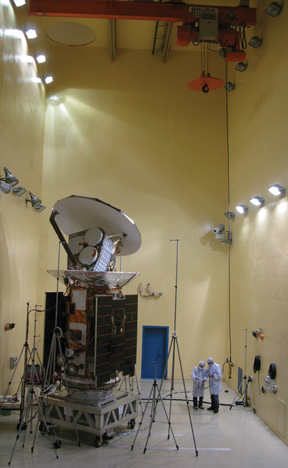 Why focus on dynamic environmental testing?

The reason to focus on dynamic environmental testing is because it is less understood than climatic environmental testing. This is the message continually repeated by my students from industry and from the military services. These students include not only those who conduct tests, but also the designers of products that will be stored, transported and/or used on land vehicles (automobiles, trucks, armored vehicles, trains), marine vehicles (unmanned Navy high performance boats in particular), manned and unmanned aircraft, rockets, missiles, etc.

Yet very few universities touch this field. Oh, their mechanical engineering undergrads may get a course labeled “Vibration”. But many BSMEs tell me such courses are mostly math, without practical application.

Yet in testing laboratories there is a great current need for dynamic environmental test training, perhaps the greatest need I’ve seen. Why? Most executives, while skilled in financial management, have little understanding of the importance and complexity of environmental testing. Unfortunately, they have also lost many if their most experienced test experts. Meanwhile, my friends who repair shakers tell me that business has never been so good.

Among designers of products for military and other severe applications, there is need for somewhat similar dynamics training, mainly including an awareness of mechanical resonances that may give in-storage, during-transportation, or in-service usage problems. It would be better for these problems to appear during dynamic environmental testing than in service.

Products will inevitably resonate at certain natural frequencies (fn) that depend upon configurations, dimensions, materials chosen, etc. By resonate, I mean that certain elements will respond with greater displacement, with greater velocity and with greater acceleration than is experienced in the test lab, transport, or service. Continued for too many seconds, the responding elements will be damaged. The product will fail.

The greatest danger arises from ff matching fn. So the designer should ask about the location on the vehicle aboard which products will be mounted. “What are the forcing frequencies ff?” he should ask. “I need to know so that I can design a product for which the natural frequencies fn are placed elsewhere.” “I don’t want to stack my resonances,” he should explain.

How shall we identify a vehicle’s three major axes? How about:

It is common to require three single-axis vibration tests, perhaps identified as X, then Y, then Z. This means there should be three tests, requiring at least two and perhaps three fixtures for attaching the test article to the shaker or shock test machine.

No, the real world experience of a product is rarely so simple. Motion measurements with three-axis “triaxial” accelerometers show that the three motions occur simultaneously, and that these three vibrational orientations differ markedly. Product natural frequencies also differ markedly between X, Y and Z. Thus last-century, single-axis testing misses some of a product’s weaknesses. It’s time to embrace multiaxis servohydraulic shaker testing, as in the automotive test lab shown in Figure 3. 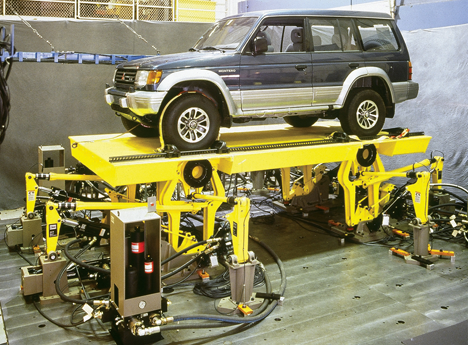 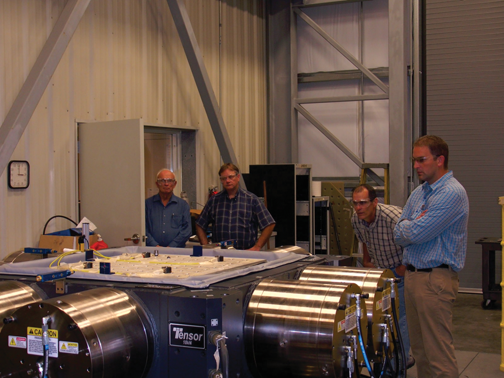 The more we develop and refine our product technologies, the more we must also develop and refine our systems for testing these product in the design stages … not only to save money and time, but also to conserve energy and resources. Creating better equipment for testing products in their intended environments is a good investment. But creating greater appreciation among designers and managers for the importance of sound environmental testing is even more important. Ultimately, it’s good business to design produces that will stand up to their environments.
And it’s not so bad for the environment, either. 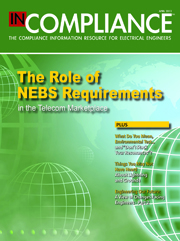