Crosstalk is a well-known problem for EMI/EMC and signal integrity designers. But, for non-specialist electronic designers, this problem can create unexpected and difficult to discover failures in electronic products.

Signals in PCB traces and connectors or wires in cables can be coupled when routed in parallel because proximity effects. The problem is known as “crosstalk”.

Figure 1: The crosstalk problem in PCBs

The coupling can create internal and external problems. For example, in Figure 1 right, a CULPRIT signal can affect an internal circuit VICTIM 1, or can corrupt a trace connected to I/O cables (VICTIM 2) creating failures in radiated emissions.

To minimize this effect, it is typically recommended to keep culprits as far as possible from victims. That is because the partitioning phase of your design process is so important.

This month we will see an example of a crosstalk problem between lines routed in parallel in a PCB (Figure 2).

Figure 2: Schematic of the experiment

A digital clock is applied to connector K1 using the micro-switch SW1 with six positions. The clock is redirected to TRACE 4 terminated in R4 (50ohms). All other positions in switch are OFF.

With that layout, we can see crosstalk between the PCB traces (do not forget that an additional crosstalk appears in the internal structure of the micro-switch).

The PCB is shown in Figure 3 where traces in red color are located in top layer and the return path for all signals is in bottom layer in blue color.

Figure 3: PCB layout for our example.

With the system ON, we measure the activity below the PCB (Figure 4) identifying clearly the harmonics associated to the 20MHz clock signal and some residual activity in the 88-108MHz band from nearby FM transmitters (close to my laboratory).

Figure 4: Spectral scan of the PCB

Note from the spatial scan how clearly is identified the loop for current of the clock using TRACE 4 as forward path and the return path in the GND trace (bottom layer).

The coupling from the clock signal internally in the switch (basically capacitive) and externally in the PCB (loops in the layout) corrupt the other theoretically non-active signals with energy from that clock. We can see an example in Figure 5.

My final advice: Aggressive signals close to sensitive signals in connectors or parallel traces can be coupled. Capacitive coupling is typical for high impedance victims. Inductive coupling is related with low impedances and big loops. Try to separate those kind of signals to minimize EMI in your products.

Arturo Mediano received his M.Sc. (1990) and his Ph. D. (1997) in Electrical Engineering from University of Zaragoza (Spain), where he has held a teaching professorship in EMI/EMC/RF/SI from 1992. From 1990, he has been involved in R&D projects in EMI/EMC/SI/RF fields for communications, industry and scientific/medical applications with a solid experience in training, consultancy and troubleshooting for companies in Spain, USA, Switzerland, France, UK, Italy, Belgium, Germany, Canada, The Netherlands, Portugal, and Singapore. He is the founder of The HF-Magic Lab®, a specialized laboratory for design, diagnostic, troubleshooting, and training in the EMI/EMC/SI and RF fields at I3A (University of Zaragoza), and from 2011, he is instructor for Besser Associates (CA, USA) offering public and on site courses in EMI/EMC/SI/RF subjects through the USA, especially in Silicon Valley/San Francisco Bay Area. He is Senior Member of the IEEE, active member from 1999 (Chair 2013-2016) of the MTT-17 (HF/VHF/UHF) Technical Committee of the Microwave Theory and Techniques Society and member of the Electromagnetic Compatibility Society. Arturo can be reached at a.mediano@ieee.org. Web: www.cartoontronics.com. 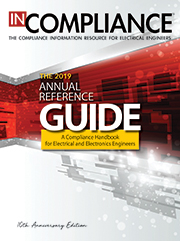