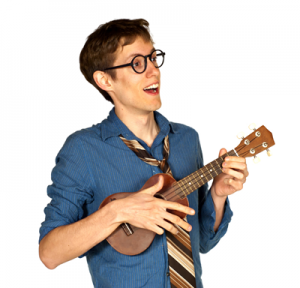 The brain stem contains the hard wiring that commands the heart to beat and the lungs to expand and contract. Laying about in a mess of ganglia at the base of the skull, just above the spine, it works—literally—without a second thought.

The brain stem also plays a role in the sleep cycle and consciousness in general: critical when understanding the engineering brain. A few billion brain cells away lie a left and a right seahorse-shaped hippocampus, that associate and sort short-term memories and prepare them for encoding into the frontal lobe where they are stored. Alzheimer’s disease is thought to first affect the hippocampus, which explains the slow erosion of memories in afflicted persons.

Examining the primordial primitive functioning of the human brain is useful to understand how learning occurs—especially when teaching the Engineering Brain.

Learning, which is really memory-making, depends on a well-functioning brain stem—one needs to be breathing and conscious—and tuned up hippocampi. The processes of delivery of information and its solid imprinting into long-term memory require a constant re-think, especially in today’s world of many diversions and distractions. Tickling the hippocampus takes more than delivering the information and expecting it to stick, it requires stimulation.

An effectively trained brain is one that can readily access information; how to achieve this is a question that philosophers, psychologists and neuroscientists have been puzzling over for years.

The question of making and storing memories begs the question: where are memories stored? Studies using functional magnetic resonance imaging (fMRI) techniques (http://www.scientificamerican.com/article.cfm?id=the-memory-trace) show a strong correlation between the age of a memory and the location of the memory in the brain. In these studies, an fMRI is used to detect brain activity when subjects are served a series of questions, framed to judge whether the information is stored in long- or short-term memory. How a question is asked biases the response and the questions must be carefully crafted. This is because the question is first interpreted and encoded before the information can be retrieved. Context is everything. One asks: “What is pi(e)?” Hearing this simple question, an individual may respond with a well-known irrational number or a description of a tasty fruit-filled dessert—depending on whose kitchen you might be standing in.

To be effective in training the engineering (or any) brain, we’re interested in delivery modes that most effectively make the information stick in a lasting way, hopefully into long-term storage. If this process is properly fulfilled, the information can be accessed easily later and, within the right context, deliver an appropriate response: three-point one-four-on-five-nine something or grandma’s best key lime delight.

Entire lifetimes are devoted to study of learning and several approaches are found in the literature. Classically, these fall into three different approaches: Behaviorist, largely influenced by Pavlov and his dogs; Cognitivist, which is based on Gestalt theory which views learning in the context of the whole of human experience; and Constructivism, wherein the human is actively involved or ‘constructs’ understanding as an active participant in the process.

Some of the work performed since the 1900s involved studying infants, who were regarded as “tabula rosa” or blank slates. Piaget, in particular, studied his own three children, marking their development and observing their patterns of learning, which he applied to his broader avenues of child education, believing that “only education is capable of saving our societies from possible collapse, whether violent, or gradual.” (A stark contrast to some cultures’ limitation on broad access to education, particularly for women.)

Pressing learning modes into practice takes many forms and has spawned countless techniques (and arguments). According to one school of thought, persons learn by one of or a blend of four different modes. Neil Fleming’s VARK model (Visual, Aural, Read/write, Kinesthetic) profiles learning based on a person’s ability. Some people learn visually, some by hearing, some by the written word and some by active engagement, usually physical. For most of us, learning incorporates a mix of these four core modes.

“Powerpoint”-based methods of presentation is used, probably, too much (guilty-as-charged) for conveying information via the Visual and Aural approach. For me, the R/W mode is probably the most dominant: writing this article forced me to refresh on the undergraduate psych classes I took eons ago to pad my engineering curriculum.

Learning to play a ukulele (or any musical instrument for that matter) is a specific example of Kinesthetic learning: it is participatory and requires physical effort and a feedback mechanism. This mode is applied broadly in early childhood education. Managing a classroom of eight-year-old whirling dervishes is no easy task (accolades to those that can), so getting them to channel boundless energy into learning is an ideal application for kinesthetic methods. Beyond primary education, kinesthetics can still apply. My father, who taught electrical engineering at the Air Force Academy, used to demonstrate the propagation of a transverse electromagnetic wave thus: his left arm representing the E-field, his right arm the H-field he walked across the front of the classroom, with his arms moving orthogonally up-and-down and left-and-right demonstrating, oscillation, propagation and energy transfer all at the same time. Suffice it to say that it’s imprinted in my long-term memory.

Some modes of learning, such as those employed by the “Rosetta Stone” series of language learning tools, employ rote memorization and repetition, coupled with a strong use of image-relation to anchor the words and language syntax. The approach claims to mimic the way a child learns a language. The method also employs a kinesthetic mode by having an interactive portion (speaking exercises) that rates one’s progress. Rote learning may be appropriate for imprinting first-level concepts, but at a higher level, more complex techniques must be used more applicable to learning modes used to teach engineering concepts.

The engineering brain, while typically good at remembering inane and odd facts (and often spouting them needlessly and sometimes heedlessly), typically requires a “why” and is often accompanied by a healthy and often (in my experience) intractable skepticism. “Convince me.” No one is really certain from where this attitude of exactitude springs (born or bred) but it is a hallmark of the whirrings and spinning of an engineer’s gray matter (the subject of another study). Impulsiveness is not typically part of an engineer’s nature, which is why sales representatives sometimes have on of the hardest jobs in this industry: you better know your stuff, or bring beer.

Effective modern forms integrate multi-media approaches and many of these techniques are as old as television. Just watch some “Watch Mr. Wizard” episodes, which mastered the combination of demonstrations and story-telling to illustrate a science concept; what is especially admirable is that many of the episodes were presented live. Don Herbert, host of the show, effortlessly reeled off 30 minutes of exposition and explanation with no cuts or edits. It was good story-telling. Thus, it is important to integrate a portion of storytelling into the learning process. Entertainment devices are useful when making a point: “Industrial theatre” is a term one of my colleagues uses when describing what he does.

There seems to be less and less of it, particularly with a definite shift in work demands caused by reductions in workforce: workers are tasked to do more. We find that traditional methods of delivering training aren’t cutting it these days. Increasingly, it’s getting harder to pull people away for two or three days to attend workshop-seminar traditional training, particularly when access to so much information is available online.

Thus, to engage, we view delivery of information requires method dispensing smaller bites with a defined vertical focus. With the internet being the vast source of information that it is, basic information is available all the time and it is no longer necessary to travel to get the latest from industry “experts” or other conduits of information. Thus, the information has to be specific and timely. Another challenge is the distraction-factor. It seems that we’re evolving, as a society, into a community with severe attention deficit disorder. Too many choices, too much information and too many distractions, especially now that Courteney Cox’s show has moved to cable.

Recognizing the need for learning, not just training, in a hectic world with multiple distractions and increasingly limited resources requires understanding the various modes of information delivery. In an ideal professional development program, delivery would recognize the good application of potentially all of the modes, balanced to reflect the information that needs to be delivered and the context of its delivery. Use of multi-media, exercises, lecture and story-telling is key to results in a professional development program.

In the end, the challenge is to get around the brainstem, tickle the hippocampus and encode the frontal cortex. Learning—making memories—requires that one connect, challenge and entertain. There you go. Easy as pi(e). 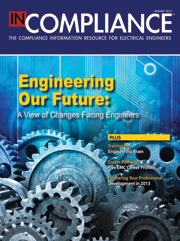