In this column, we’ll explore the similarity between the new tornado warnings that are starting to be tested in select parts of the country and the warnings that belong on your products.

Risk communication is the topic and it turns out that both you and the National Weather Service (NWS) have an identical task: to effectively communicate risk in a way that will impact people’s behavior, motivating them to take the necessary actions to avoid potential injury and death. The word “impact” is key here, so please read on as we take a more detailed look at what is involved.

In an article published on April 1, 2012 titled, “New, Impact-Based Tornado Warnings Aim to Scare,” Bill Draper of the Associated Press reported that the NWS will start to have radio and TV announcers use much stronger language when a tornado warning is issued. In the article, Draper quotes Ken Harding, a weather service official in Kansas City, who says, “We’d like to think that as soon as we say there is a tornado warning, everyone would run to the basement. That’s not how it is. They will channel flip, look out the window or call neighbors. A lot of times people don’t react until they see it.” The result is that more and more often when a tornado warning is issued and the sirens go off, people ignore them. Why? Because in their experience, three out of four times it turns out to be a false alarm. So when a tornado does strike, lives are lost as a result of inaction because people have become jaundiced and desensitized to the alarms. 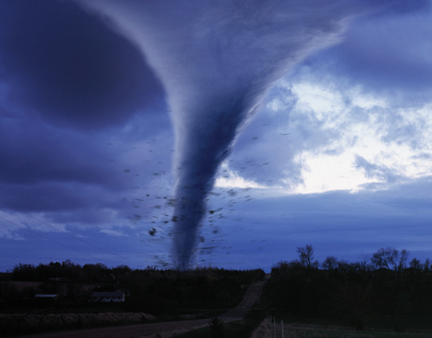 Figure 1: New tornado warnings are being tested in several states, with a hope that more explicit messages will better communicate the urgency of the situation and risk involved. Safety messages – whether in the form of warnings on severe weather or labels on your products – must be forceful in order to motivate the proper responses needed to stay safe.

The challenge is how to motivate people to comply when warnings need to be given. The NWS has improved its technology so Doppler radar can better detect tornadic activity, including whether or not a storm is picking up debris. Their solution now involves giving a new type of warning to people living in the study area in Kansas and Missouri so that if a Joplin, Missouri-sized tornado approaches, residents listening to the radio or TV will hear something similar to:

“THIS IS AN EXTREMELY DANGEROUS TORNADO WITH COMPLETE DEVASTATION LIKELY. … SEEK SHELTER NOW! … MOBILE HOMES AND OUTBUILDINGS WILL OFFER NO SHELTER FROM THIS TORNADO — ABANDON THEM IMMEDIATELY.”

This type of explicit, motivational warning is far more impactful than the lackluster ones that were given previously. The hope is to see a marked decline in the number of tornado-related deaths in the study area because of increased compliance with the new warnings.

Here is the takeaway for you: in the same way that the public now needs to be goaded into action when a tornado warning is given, the people who use your products need to be motivated to take notice of and comply with your on-product warnings. This is true now more than ever because we suffer from information overload in our culture, making it difficult for warnings to stand out among all of the signs and advertisements and other visual messages that we see on a daily basis.

Bottom line – your warnings must stand out and be heeded. How can this be achieved? By applying the latest ANSI and ISO standards, best practices, and semiotics (the science of signs and symbols) in the graphics and word messages in your warnings. When you have a pinch point or entanglement hazard, use graphical symbols that show interaction with the hazard. When a person could be crushed by a falling load, use the standardized human figure graphic and show him being struck with a directional force. Use lightning bolts for electricity, heat waves for hot surfaces, and laser blasts for lasers. (See examples of each of these labels in Figure 2). You get the idea; use symbols to increase the effectiveness of your warnings. Then, if you choose, reinforce the symbols with words that explain the hazard and how to avoid it. And don’t mince words! It is better to be direct than to be unclear. When it comes to safety communication, the difference between clear and confusing warnings can be the difference between life and death.

Figure 2: The use of graphical symbols and clear language on signs and labels are critical to ensure that warnings stand out and are effective. These images demonstrate best practices with ANSI and ISO-formatted safety labels, courtesy of Clarion Safety Systems © 2012.

Without a doubt, constructing effective warnings is an art. Putting your best efforts into your safety labels and signs is so important because, similar to an approaching tornado, lives are on the line. And people need to be called to action – to be given clear and true warnings in order to motivate the proper response needed to stay safe.

For more information about safety signs and symbols, visit www.clarionsafety.com. 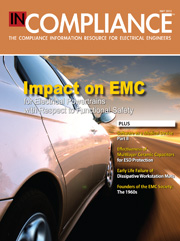