Topology and Characterization of a DC Line Impedance Stabilization Network

In this month’s column we discuss the topology and characteristics of a dc Line Impedance Stabilization Network (LISN), often referred to as an Artificial Network (AN), shown in Figure 1. This LISN is specified by the military standard MIL-STD-461 and used for conducted emission in the frequency range of 10 kHz to 10 MHz.

The LISN schematic is shown in Figure 2. Figure 3 maps the schematic to the LISN physical ports. 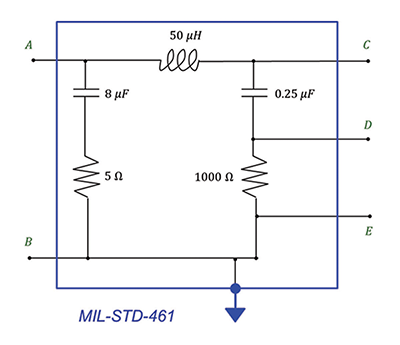 The objective of the LISN is to provide a constant line impedance of over the required frequency range. Additionally, the LISN should minimize the measured noise generated by equipment other than the Equipment Under Test (EUT), effectively acting as a low-pass filter.

The impedance of the LISN can be measured with the ports A and B short-circuited or open-circuited. Figure 4 shows the LT-Spice model used for the short-circuited configuration and Figure 5 presents the corresponding impedance plot. 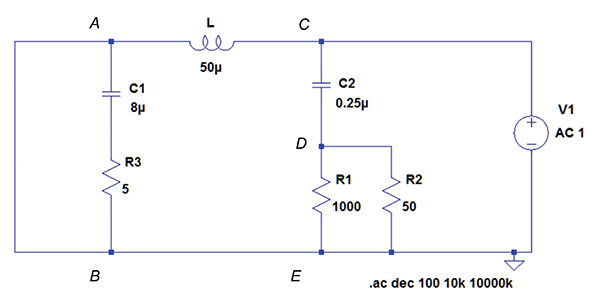 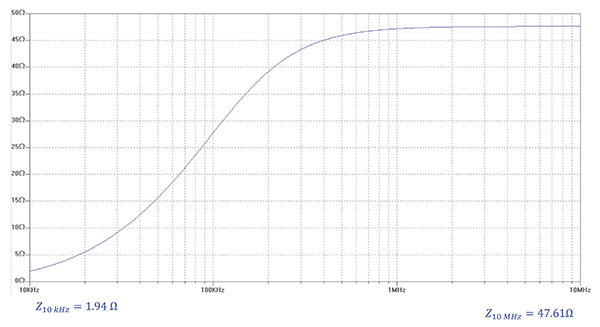 The low-pass filter effectiveness of the LISN can be determined by investigating its insertion loss. Typically, when describing electric filters the insertion loss is defined with the help of the circuits shown in Figure 6 [1].

Figure 6: Circuits used to define the insertion loss of a filter

The insertion loss is defined as

Using this definition can determine the insertion loss of the LISN from the circuits shown in Figure 7 .

Figure 7: Circuits used to define the insertion loss of the LISN as a filter

The resulting plot of the insertion loss is shown in Figure 8. 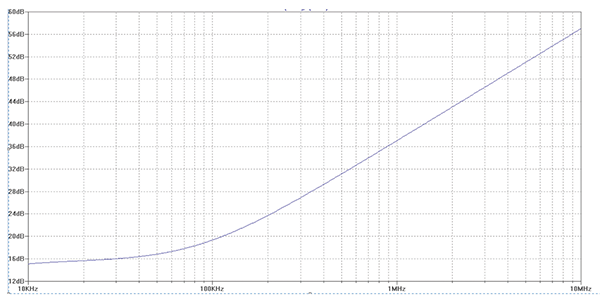 Figure 8: Insertion loss of the LISN

The insertion loss defined in Eq. (1) is a positive quantity, as shown in Figure 8. In order to compare this simulation result to the measurement result in the next section let’s plot the inverse of this plot, ie.,

This is shown in Figure 9. 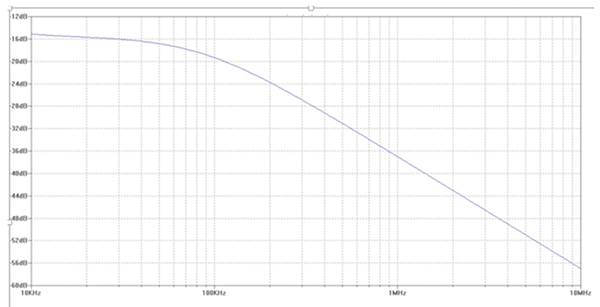 In circuit theory the more appropriate terminology for the plot in Figure 9 would be the gain plot rather than the loss plot. Nevertheless, when describing the frequency response of a LISN we refer to it as its insertion loss. 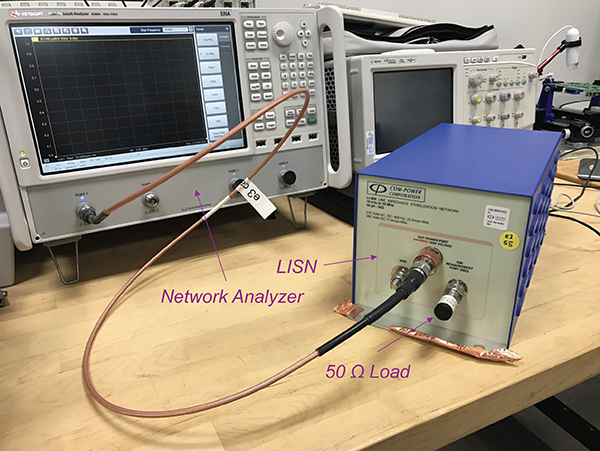 Figure 11 shows the front and back connections at the LISN.

Figure 11: Front and back connections at the LISN for impedance measurement 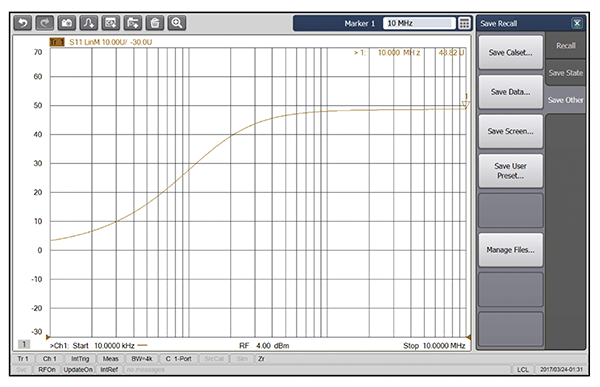 Figure 14 shows the front and back connections at the LISN.

Figure 14: Front and back connections at the LISN for insertion loss measurement

Note that both the impedance and insertion loss measurements require special adapters, shown in Figure 15. 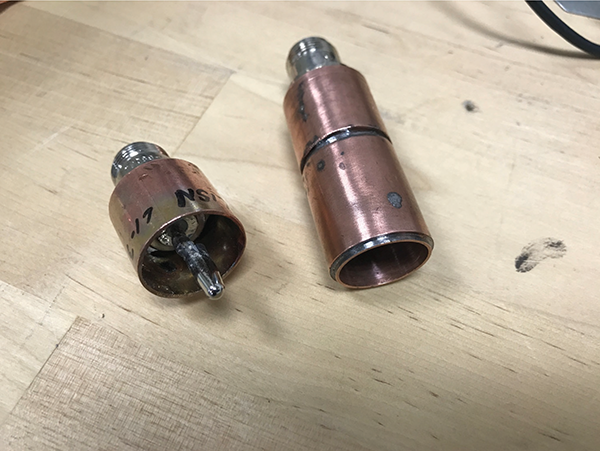 The insertion loss measurement is shown in Figure 16. 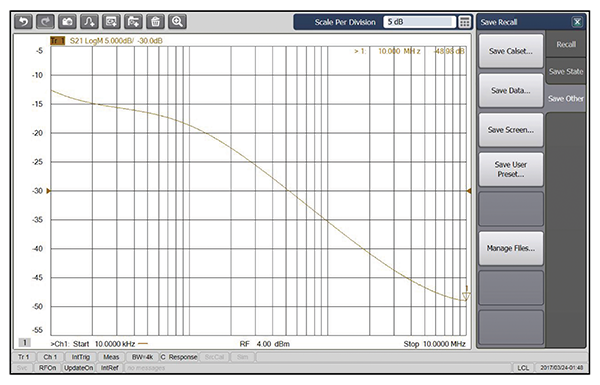 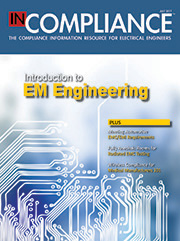