This tutorial article focuses on the skin depth phenomenon in good conductors. In order to explain this concept, we begin with the uniform plane propagation, leading to the wave equations and their solutions in different media. Subsequently, the skin depth definition is presented and applied to good conductors. Finally, two important EMC applications of the skin depth concept are explained: (1) shielding using metallic conductors, and (2) current density
in conductors.

Let’s begin with the concept of a uniform plane wave. Both descriptors in the name: uniform and plane are very important. The term plane means that the E and H vectors associated with the wave lie in a plane and as the wave propagates the planes defined by these vectors are parallel. The term uniform means that E and H vectors do not depend on the location within each plane i.e., the have the same amplitudes and directions over the entire plane. Such a wave, propagating in the +z direction, is shown in Figure 1.

It is customary to have the E field point in the positive x direction, as shown in Figure 1. That is 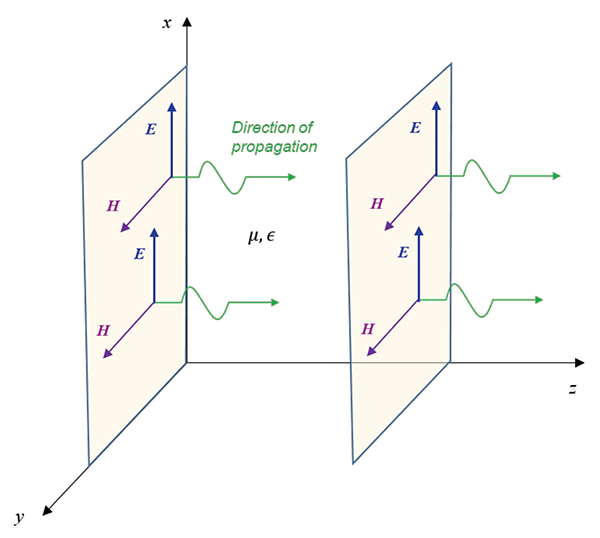 Since the uniform plane wave is an electromagnetic wave, it must satisfy the Maxwell’s curl equations, which for the source-free media, in time domain, are given by

Uniformity assumption, combined with Equations (1) and (2a) reveals the fact that the H field is perpendicular to the E field in the plane and is pointing in the +y direction [1], as shown in Figure 1. Thus,

For arbitrary time variations, in any medium, equations (2a) and (2b) lead to the (uniform plane) wave equations

In sinusoidal steady-state Equations (4a) and (4b) become

is the propagation constant. The “hat” notation denotes a complex number (

) corresponding to the sinusoidal fields in time domain.

is the complex intrinsic impedance of the medium.

where the forward propagating waves (in +z direction) are

and the backward propagating waves (in –z direction) are

and the complex intrinsic impedance

In a lossless medium (ideal dielectric), σ = 0 , resulting in

The phasor solutions in Equations (13a) and (13b) become

Thus, in a perfect dielectric, the amplitudes of the forward
and backward propagating waves are not attenuated.

If the medium is considered a good conductor, then equations (13a) and (13b) apply, and the attenuation constant is given by

Concept of a Skin Depth

Let’s consider a forward propagating wave, in a positive z direction, in a lossy medium. This wave is described by

Therefore, as the wave travels in a lossy medium, the amplitude of the E and H fields associated with it are attenuated by a factor e-az. The distance δ through which the wave amplitude decreases by a factor of  is called skin depth of the medium.

Note: The skin depth is inversely proportional to the square root of frequency. The higher the frequency, the lower the skin depth. Equation (21) also reveals that the skin depth of the ideal conductor is zero, since its conductivity is infinite. Practical conductors carry currents up to several skin depths as discussed later in this article. 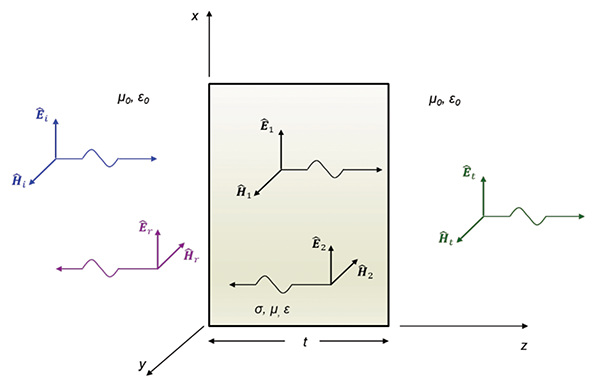 Incident on the left surface of this shield is the uniform plane wave, normal to the shield boundary. The incident wave, (

), will be partially reflected, (

) through the shield. The transmitted wave, (

), upon arrival at the rightmost boundary will be partially reflected, (

The incident wave is described by

The reflected wave is described by

The wave transmitted through the left interface is described by

The wave reflected at the right interface is described by

Finally, the wave transmitted through the right interface is described by

The purpose of the shield is to minimize (ideally eliminate) the transmitted wave described by Equations (26a) and (26b).

Let’s focus on the E1 and H1 fields as the wave gets transmitted through the first interface.

The amplitudes of these fields are

Since the shield is made of a good conductor, these magnitudes can be expressed in terms of the skin depth as

Thus, as the wave travels through a shield of thickness t, the associated field magnitudes become

This is illustrated in Figure 3. Equations (30a) and (30b) reveal that the thicker the shield, the higher the attenuation. 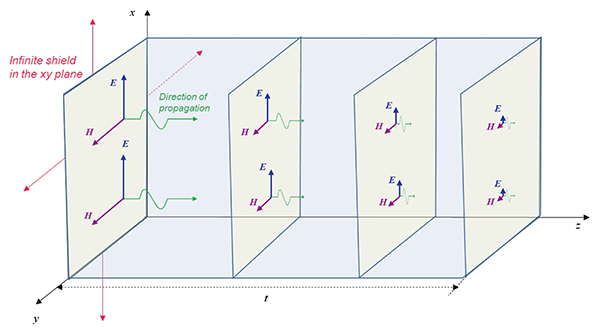 Figure 3: Wave attenuation as it travels through a metallic shield

Note: In shielding theory Equations (30a) or (30b) lead to the expression for the absorption loss given by 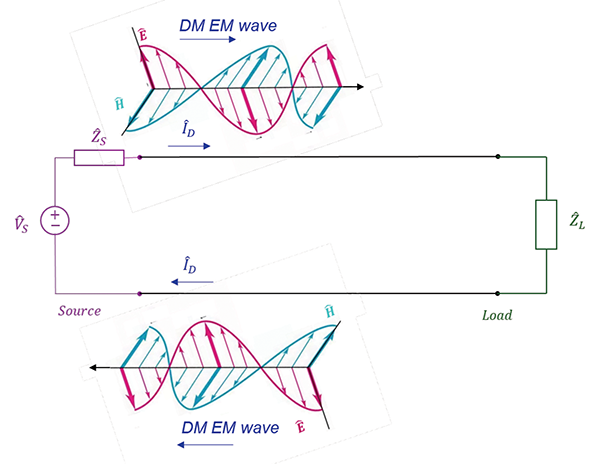 Let’s focus on the forward conductor. As the wave propagates in free space outside the conductor it suffers no attenuation, since free space is an ideal dielectric. The E and H fields associated with this wave penetrate the conductor and are attenuated as shown in Figure 6. 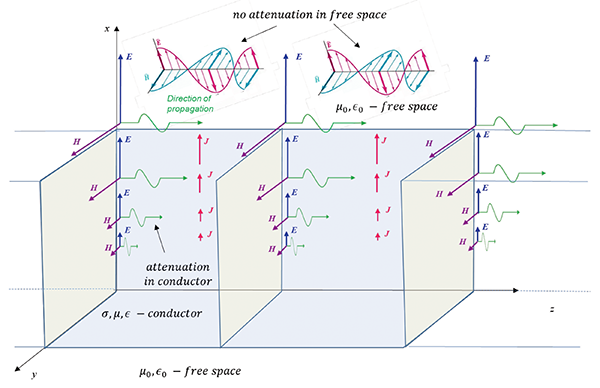 Therefore, as the fields penetrate the
surface of the conductor, the current density decays exponentially, as shown in Figure 6.