Editor’s Note: The paper on which this article is based was originally presented at the 2019 IEEE International Symposium on Product Safety Engineering in San Jose, CA. It is reprinted here with the gracious permission of the IEEE. Copyright 2018 IEEE.

With wireless communication spectrum being at a premium these days, and with optical fiber systems often expensive and difficult to deploy, an attractive alternative for point‑to‑point telecommunications is free‑space optical communication (FSOC) systems.

An additional consideration is whether the optical output of FSOC systems can interfere with the operation of aircraft by the light visibly startling the pilot. Rules safeguarding aviation pilots from outdoor optical systems are in place globally.

They use communication lasers and lensing to transform a communication signal to a light beam that has all of the qualities necessary so that communications can be established through the atmosphere under most or all expected atmospheric conditions.

Figure 1 illustrates a free‑space optical communication system. An internal optical beam is typically diffused using a telescope (Figure 2). The telescope serves to lower the intensity of the laser light and may lower the laser classification of the transceiver. 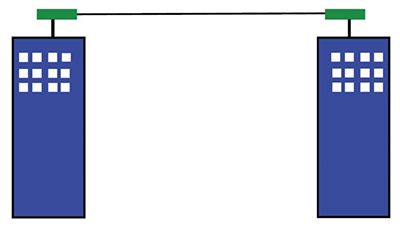 Figure 2: Illustration of diffusion of laser beam using a telescope

In a typical optical‑fiber communication system, the laser classification of the system follows that of the laser modules installed in the system. For example, a system with Class 3 lasers installed would likely also be classified as a Class 3 system per IEC 60825‑1.[1]

However, since lensing is likely involved to convert the light beam to be suitable for propagation through the atmosphere, the FSOC transceiver would need to be tested and classified per IEC 60825‑1 as an end product.

One would generally expect the classification optical output of an FSOC transceiver to be eye‑safe, such as Class 1 or Class 1M per IEC 60825‑1. However, IEC 60825‑12 permits higher classifications if located in restricted access locations as defined in the standard. These considerations are described in more detail herein.

Lensing is likely used to diffuse a higher‑powered laser beam to one suitable to transmit across distances through the atmosphere and be detected easily at some distance away. As shown in Figure 2, this is usually done with a telescope.

In Figure 2, if the telescope is lowering the output optical signal, or making the optical output meet one of the safer laser classifications, then the telescope would be a radiation safeguard in accordance with IEC 62368‑1.

The outdoor enclosure of an FSOC transceiver will have a window or lens made from glass or a hard, translucent polymeric material. Considering that the FSOC will likely have to comply with IEC 62368‑1 if the window is glass, concern has to be given to constraints for the use of glass as part of an enclosure acting as a safeguard. This is discussed in more
detail herein.

Aviation regulatory authorities, such as the United States Federal Aviation Administration (FAA) regulate the use of outdoor lasers in aircraft flight paths and prohibit visible lasers or high‑powered non‑visible lasers from being aimed at aircraft pilots. The visible laser beams can startle the pilot and cause him to lose control of the aircraft, while high‑powered lasers could cause eye damage. The aviation safety impacts on FSOC transceivers are discussed in more detail herein

As mentioned above, FSOC transceivers have to comply with IEC 60825‑1 as a system because the light beam is transformed via lensing to successfully propagate through the atmosphere.

The FSOC transceiver is tested for the desired laser classification per IEC 60825‑1 under worst‑case, single‑fault conditions.

In a typical optical‑fiber communication system, the laser classification of the system follows that of the laser modules installed in the system. For example, a system with Class 3 lasers installed would likely also be classified as a Class 3 system per IEC 60825‑1.[1]

FSOC transceivers likely use lensing to magnify the laser beam for the beam to be suitable for transmission across free‑air space. An internal telescope may be employed for this.

The net effect of the lensing may be that light generated by higher‑classified lasers may be diffused going through the lensing, thereby possibly reducing the laser classification of the output light beam.

In general, IEC 60825‑12 serves to determine what installation locations are safe for unskilled persons, and what locations have to be made restricted access, based on the classification of the laser employed.

The optical window of an FSOC transceiver will likely form part of the enclosure system: electrical, fire, and/or outdoor, and could also be made of glass.

The optical window may be small, perhaps not much larger than 50‑75 mm in diameter, but if glass, the safeguard robustness requirements for glass have to be balanced with the hazards inside of the enclosure.

According to IEC 62368‑1, glass that is accessible to an ordinary person or an instructed person:

shall be subjected to the glass impact test.[3] For FSOC transceivers, the first two bullets are unlikely, but the third bullet might apply if ES3 voltages or RS3 optical radiation is present.

Thus, the options for complying with the safeguard robustness requirements for optical windows include the following:

1. Make sure there are no class 3 energy sources other than PS3 affected by the enclosure or enclosure compartment protected by the glass window.

Internal AC power should be housed in a separated enclosure than the optics if used. Else, ‑48 V dc telecommunication voltage sources and Power over Ethernet (PoE) inputs are ES1 (if insulated and not exposed, as expected).[3]

2. If the above cannot be achieved, surround the glass optical window with a visor‑like guard that will reduce or eliminate impact energy from the steel ball of the Impact Test.

Note that these systems are likely fixed for horizontal beam propagation, so it is likely that only the pendulum option for the Impact Test is applicable.

3. Use a hardened glass or transparent polymeric window that can withstand the Impact Test.

4. With respect to Item 1 above, provide separated electrical and outdoor enclosures for ES3 and RS3 energy sources, so that if the glass window is cracked during Impact Testing, the ES3 and RS3 sources’ safeguards are not affected.

Laser light illuminated into the atmosphere, particularly visible light, is considered a hazard to aircraft pilots. The pilots can be startled by the laser light, possibly endangering the lives of all flying on the aircraft. In many countries, it is against the law to aim laser lights at aircraft.

Major theme parks in the United States that have laser shows coordinate the illumination of the lasers with the presence of aircraft in the area, and turn off the lasers when aircraft are approaching. [5]

Free‑space optical communication systems, however, are generally not considered hazards to aircraft, and some industry standards that apply to aviation laser safety do not include FSOC systems in their scope.

They have a unique set of safety concerns that are somewhat different than fiber optic communication equipment or radio systems. The transformation and lensing of laser light, along with the unique safety requirements of optical systems potentially in sight of unskilled persons requires FSOC transceiver safety compliance somewhat unique.

Aviation safety considerations have to be taken note of, but in general, these rules are not applied to FSOC systems.

Don Gies is a senior product compliance engineer, specializing in telecommunication equipment safety. Gies is also an adjunct professor at New Jersey Institute of Technology (NJIT), Newark, New Jersey USA, teaching graduate-level courses, “Transients in Power Systems,” and “Economic Control of Interconnected Power Systems.” Gies graduated from Rutgers University as an electrical engineer. He is a senior member of the IEEE, a member of the Board of Governors of the IEEE Product Safety Engineering Society, chair of the Telecom Safety Technical Committee, and chair of the US/Canada Technical Harmonization Committee for IEC 62368. He can be reached at ddgies@verizon.net. 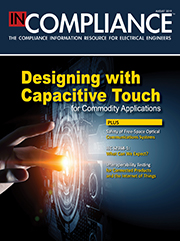