Electronic and electrical design demands of the 21st century will no doubt present a tremendous challenge to aerospace OEMs. Profitability in all phases of platform development is a key concern. Along with staying profitable, there is the need to constantly innovate. But with innovation comes risk. How do you limit risk to stay profitable?

Today, addressing exposure arising from electrification must be part of the mix. For example, while electronic and electrical content infuse long-term value into platforms, they bring new uncertainty to the task of platform integration. Historical platform integration approaches, dominated by processes optimized for the mechanical discipline, must be updated.

Other issues and challenges exacerbating program risk include:

In order to address these mounting demands – and stay competitive – OEMs are moving toward the digitalization of the design and integration of electrical and electronic systems. Digitalization means using digital technology to improve business operations, i.e., to improve the way work gets shared across the entire value chain.

Moving to an integrated, digitalized approach, and seamlessly exploiting what is known about the product and its production process at any given time, allows manufacturers to achieve a much better balance between innovation and risk. With it, design project teams stand a much better chance of staying within budget and on time. Already, intelligent digital solutions have been successfully deployed in various program domains to design and implement aircraft electrical/electronic systems. This trend will only intensify as electrification takes hold of the future.

Because electronically enabled functions are being introduced into all aspects of the platform, semi-manual development methods of the past are no longer adequate and, in many situations, counterproductive. On a single commercial aircraft today, there are hundreds, if not thousands, of electronic devices/units, miles of electrical wiring, a multitude of configurations to implement, and numerous safety and certification requirements to take into consideration. Manual and disjointed hand-off of requirements, work-in-process design data, and final product descriptions are no longer an efficient business practice.

Table 1 on highlights the advantages digitalization can bring. 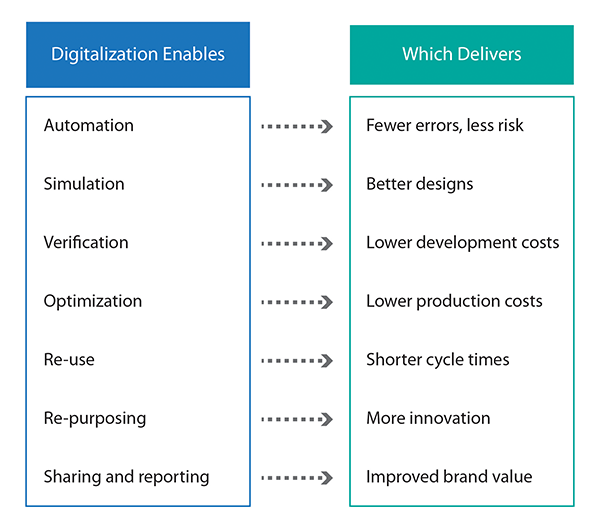 Table 1: Moving from drawings to digitalization

While the industry has made tremendous strides in introducing electronic and electrical systems into modern platforms, with obvious benefits to both the OEM and the end-user, it has driven platform power demand to new levels. Statistics reveal there’s been a 10X increase in power consumption aboard modern aircraft over the past 50 years.

It wasn’t too long ago that major aircraft OEMs were reluctant to install passenger USB ports on commercial aircraft because device recharging had a direct, detrimental effect on the aircraft’s overall power availability. The introduction of increased power generation and integrated electrical solutions made it possible for passengers to plug-in and recharge their personal USB devices from the comfort of their own seat. This real-world example illustrates the ongoing electrical demands. Increased power consumption is a very real and growing concern.

Another implication of the increased use of electrical solutions is the increased size, weight, and complexity of the electrical wiring interconnect system (EWIS) that connects them. Let’s examine the case of a typical business jet to get a feel for an EWIS. A business jet can include over 120 independent electrical systems. Its EWIS could easily be composed of 350 harnesses, comprising as many as 30,000 wire segments. This could add up to over 50 miles of  wire – and over 100,000 parts.

Increasing platform electrical content has resulted in EWIS weight growing faster than other aircraft elements, now accounting for up to three percent of total platform weight. With the increased use of digital communications, EWIS content has moved from simple point-to-point analog connections to more sophisticated digital buses to enable on-board network data communication. These can require expensive data cables, including high bandwidth fiber, driving EWIS cost and manufacturing complexity. Finally, EWIS complexity is compounded by a myriad of rules to minimize electrical interference, account for hazard zones, and of course, ensure certification.

Today, it’s not uncommon for a single commercial aircraft to have hundreds of electronic control units, tens or even hundreds of miles of wire, and unique configurations throughout all parts of the platform that need to meet numerous certification requirements. With the increase in electrical system content and complexity, a single iteration during design, verification, or compliance can place the entire program in jeopardy. Given the rise in electrification and complexity, moving to an intelligent digitalized solution now may help aerospace OEMs avoid possible calamities in the future.

The Industry is Ready for an Historic Disruption

The use of digital technologies will transform the aerospace industry in ways imagined today – and in ways not yet imagined tomorrow. Digitalization gives rise to an electrical model-based enterprise (MBE) which brings together multiple engineering domains to collaborate effectively up and down the supply chain. MBE allows for the creation of an interconnected and automated value chain, within, and extending beyond, the platform OEM. Stakeholders within the OEM ecosystem employ a digital thread, exploiting digital data continuity, to reference a single model of the platform’s electrical system, its digital twin, across the platform’s lifecycle.

The three tenets of a model-based enterprise are digitalization, automation and data reuse (Figure 1).

The Value of an Interconnected and Automated Value Chain

A model-based approach brings designs, teams and business functions together, achieving the universal goal of innovation and a higher quality of product earlier in the program lifecycle. All parties involved, including first and second tier suppliers, can easily and more accurately collaborate to build something unique and inspirational, rather than spend their time fearing and reacting to errors and the program slips that inevitably result.

An aircraft platform consists of multi-domain systems that are carefully integrated to perform the intended functions of its design. Tools with the capability to deliver advanced automation across a flow extending from electrical/electronic architecture definition, through detailed electrical design and wire harness manufacturing, to documentation and diagnostics are essential. These tools need to smoothly integrate with other design disciplines, such as mechanical computer-aided design tools, systems engineering tools, and manufacturing/shop floor systems. They must also be capable of addressing the challenges of engineering change orders, with the goal of reducing the volume of change orders with higher first-time quality achieved via the digital twin.

Having been at the forefront of digital twin technology for many years, we have seen its widespread adoption across numerous industries including aerospace. A digital twin is a virtual representation of a physical product or business process, which is used to understand and predict outcomes of the physical counterpart. Performance characteristics can be tested on the digital twin before the actual implementation begins. Digital twins are used throughout the product lifecycle to simulate, predict and optimize the product and/or production system before committing to a major investment.

The potential applications for a digital twin depend on what stage of the product lifecycle it models. Generally speaking, there are three types of digital twin – product, production and performance (see Figure 2). 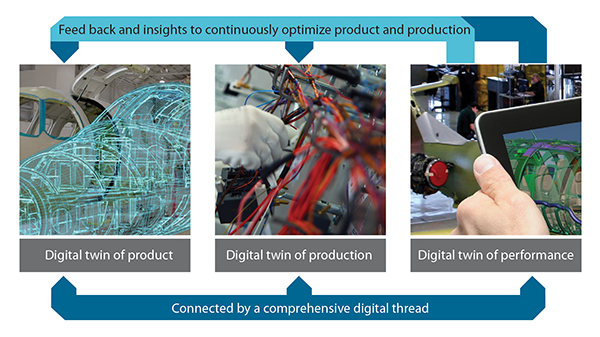 Figure 2: Digital twin of product, production and performance is connected by the digital thread, the “lifeline” that brings data together from the design, production, and operating lifecycles.

The combination and integration of the three digital twins as they evolve together is accomplished by the digital thread. The term “thread” is used because it is woven into and brings together data from all stages of the design, production, and operating lifecycles. The digital thread is made possible by employing a software architecture that natively incorporates digital data continuity across the many representations of the product, its production processes and its operating environment.

The Digital Twin of Product, Production and Performance

It’s also about feedback up and down and throughout the entire value chain. The digital thread reaches back to the early stages of product design and spreads rich data forward into platform production, maintenance and operation. In essence, designers, fabricators, assemblers, suppliers, maintainers and operators create a full, closed-loop decision environment for continuous optimization throughout all aspects of the value chain during the years of platform development and the decades of platform operation.

For the aerospace industry, the digital twin, digital thread, and model-based enterprise deliver the following advantages:

The digital twin for aerospace allows program leaders to keep commitments to their customers, helps all users keep promises of quality, and enables engineering teams to explore and advance highly innovative products.

As we enter a new era in aerospace development, it is quite clear digital technologies are revolutionizing major industries across the globe. Aerospace electrical systems are no exception. Digitalization will require a new way to look at familiar challenges along with incorporating new methods to deal with a growing list of complexities in order to lower risk throughout the entire product life cycle.

Digital technologies such as the digital twin and digital thread and the corresponding tools are now available to offer aerospace electrical system developers a significant step forward. By grounding the electrical discipline in a more integrated and virtual environment, aerospace manufacturers can increase engineering team and vendor engagement, improve response times, introduce new technology and innovation, reduce cost of documentation and improve affordability up and down the supply chain through repurpose and re-use. Most important, the use of digital tools can help engineering teams reduce the probability of being surprised by the risk of an unexpected issue during platform integration that could force a costly iteration which, in turn, could impact budget, schedule, and perhaps individual careers.