This article is devoted to the radiated emissions measurements. These measurements can be performed either at the Open Area Test Site (OATS) or in an Absorber-Lined Shielded Enclosure (ALSE) [1].

FCC and CISPR 22 radiated emissions measurements are performed in the frequency range starting at 30 MHz and extending into the gigahertz territory.  CISPR 22 allowable limits for both Class A and Class B devices are shown in Figure 1. 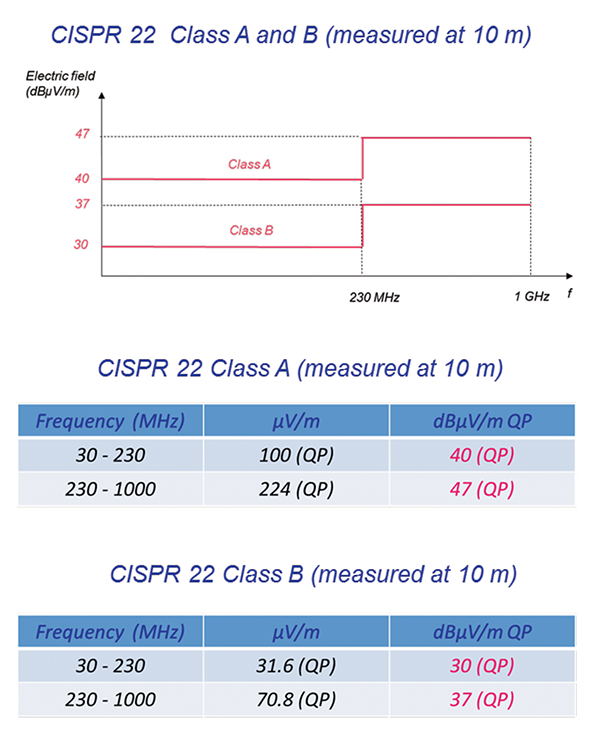 FCC allowable limits for Class A and Class B devices are shown in Figure 2 and Figure 3, respectively. 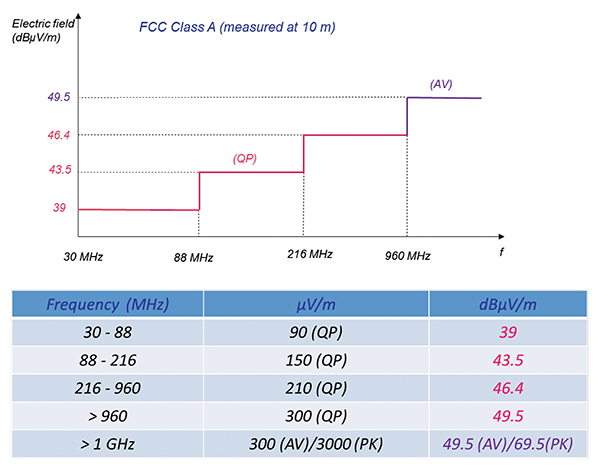 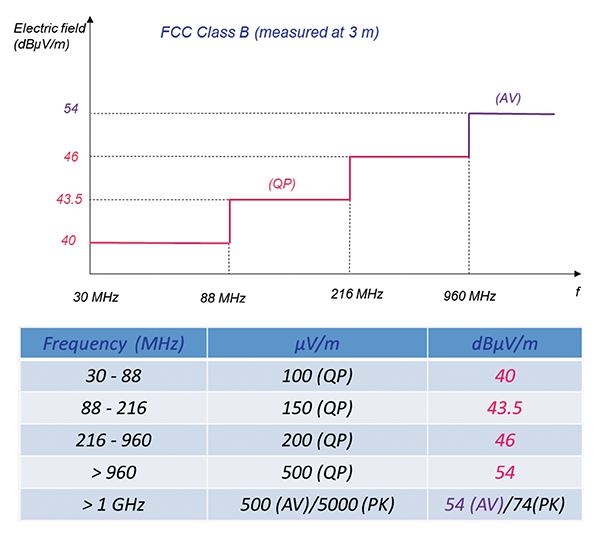 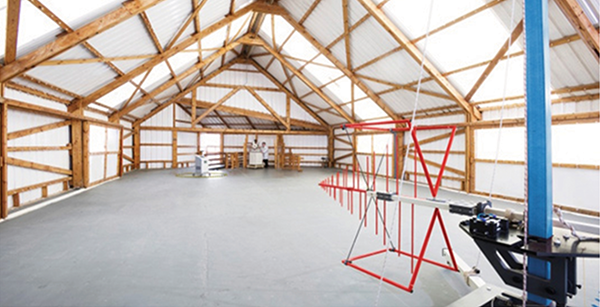 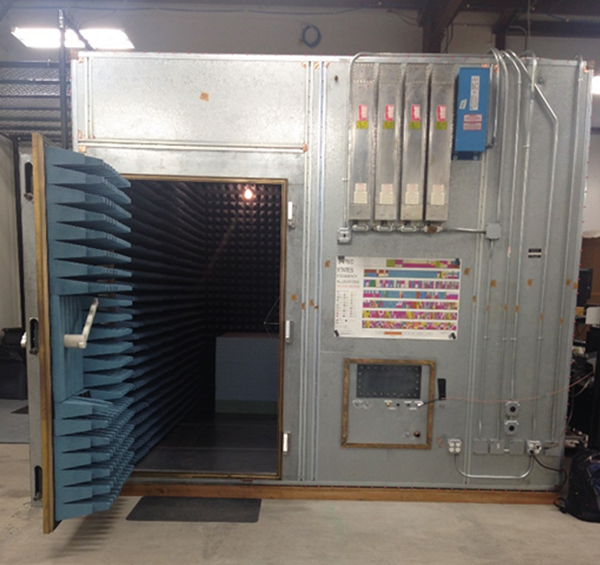 In this part we focus on the OATS measurements, while in the second part we concentrate on the ALSE setup.

The ideal OATS is a flat piece of land, free of overhead wires and nearby reflective structures, away from any and all external signals, with a perfectly reflective ground plane. Weather protection is usually needed, but the structure should not contain any metallic material (beams, nails, door hinges, etc.).

Since the OATS should be away from all reflective structures, this requires the control room to be remotely located or located underneath the ground plane. The test site should be sufficiently large to permit antenna placing at the specified distance. Ground plane should extend at least 1 m beyond the periphery of EUT and the largest measuring antenna, and cover the entire area between the EUT and the antenna.

The boundary of the area is defined by an ellipse, as shown in Figure 6. 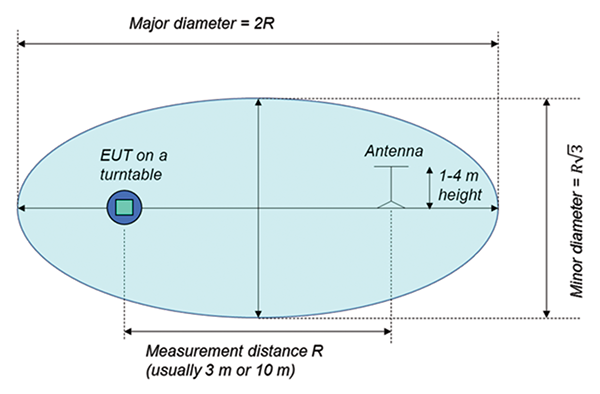 Since the test area is open it is absolutely critical that prior to measuring the radiated emissions for a device under test (DUT), the ambient measurements are taken to reveal any potential external sources of emissions. Such a measurement is shown in Figure 7. 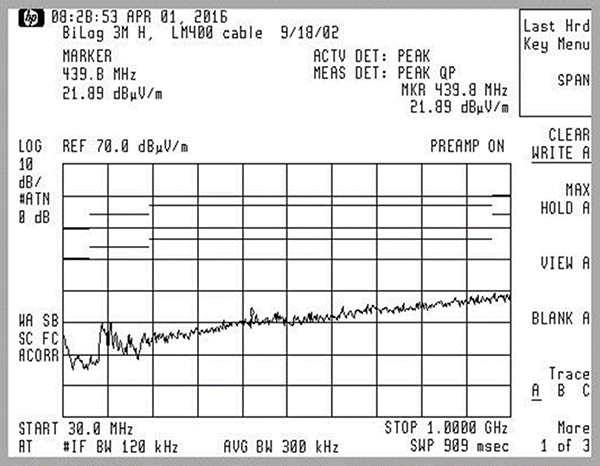 The ambient measurement is then followed by the DUT emissions measurement, like the one shown in Figure 8. 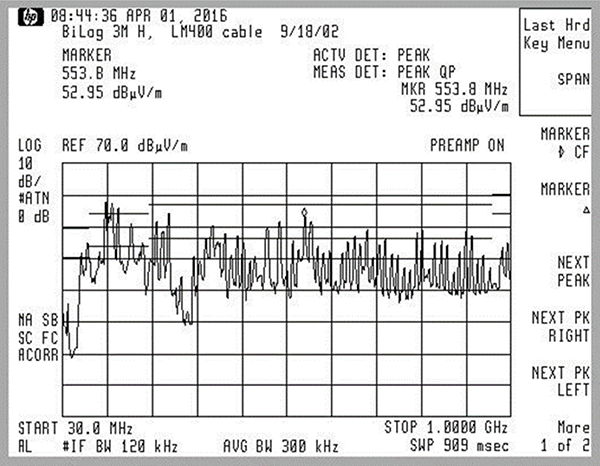 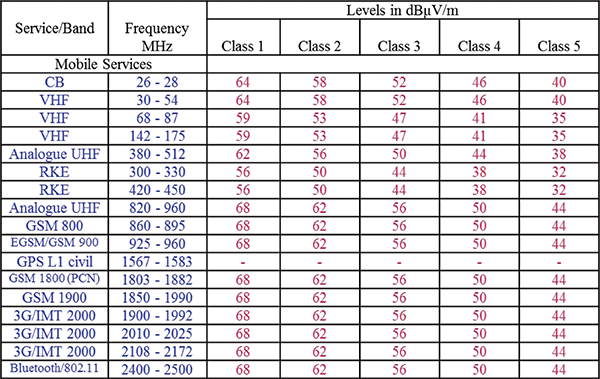 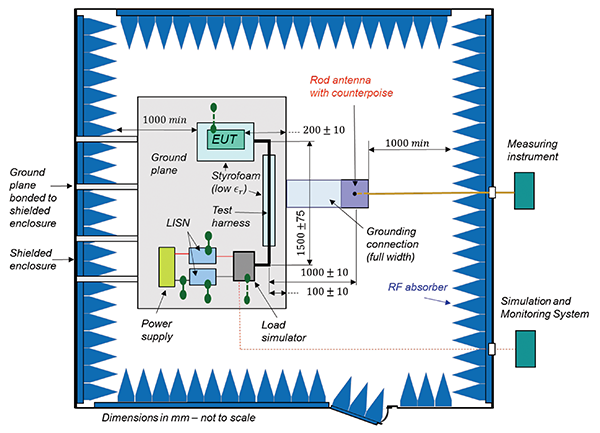 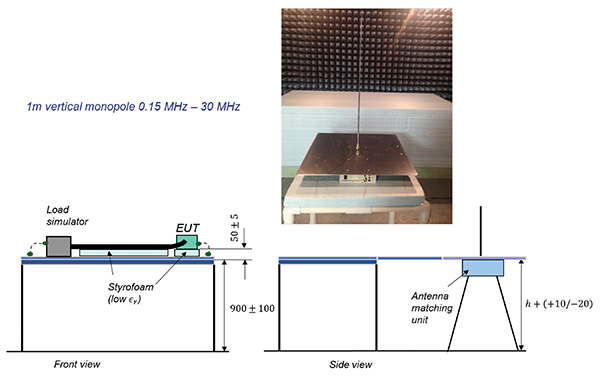 Figure 12: Measurement setup with a monopole antenna (side view) 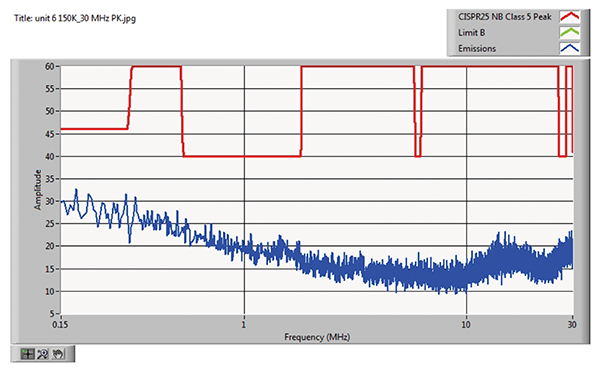 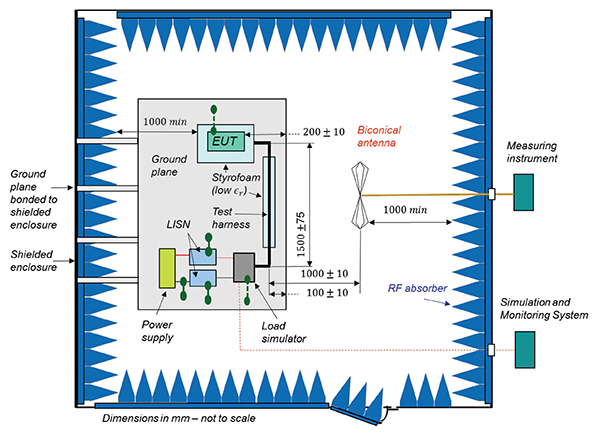 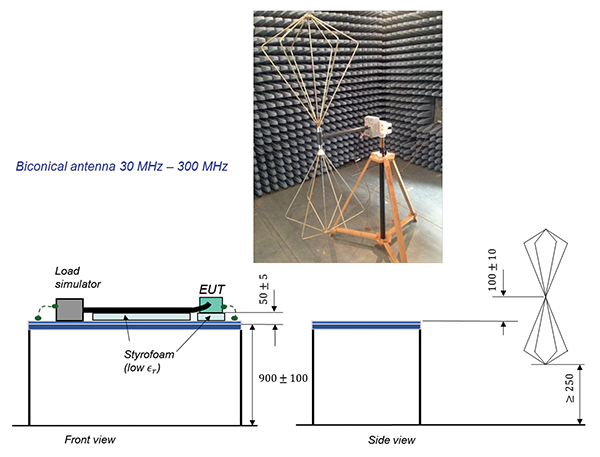 The biconnical antenna measurement results are shown in Figure 16. 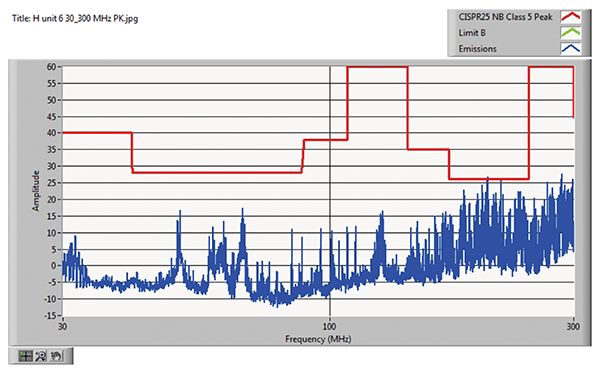 Finally, the measurement setup inside the ALSE for the radiated emissions measurements using a log-periodic antenna is shown in Figures 17 and 18. 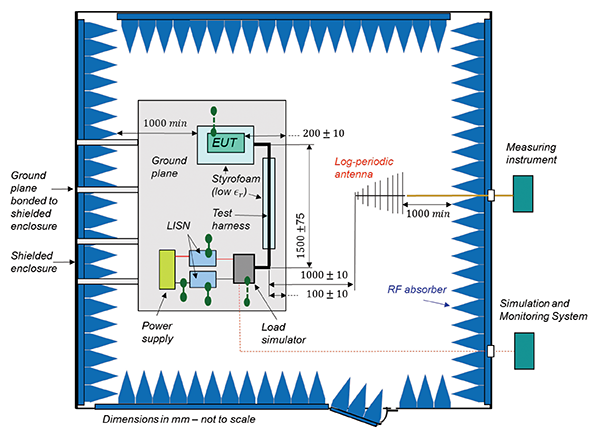 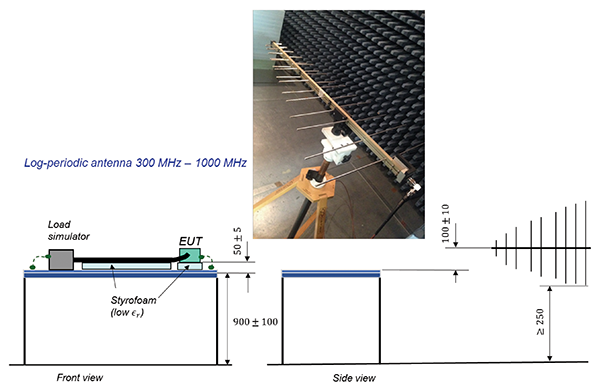 The log-periodic antenna measurement results are shown in Figure 19. 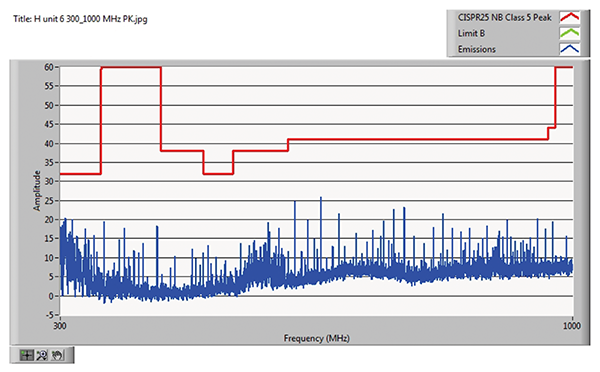 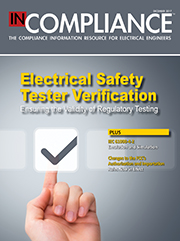