Present at the Creation

Gazing heavenward is as old as our eyeballs in their orbits. We look and we ask: “why things are?” This is the enduring question, perhaps dating as far back as Homo Naledi, a recently-discovered species and and distant cousin or ours that, apparently, buried their own dead.

What is remarkable about this discovery is that entire skeletons were recovered and, according to the publication of the find, “We have not defined Naledi narrowly based on a single jaw or skull because the entire body of material has informed our understanding of its biology.” 1

The remains of Naledi were found deep in caves in South Africa in the “Cradle of Humankind,” the way they were laid out suggests that they “cared for their dead” and engaged in ritualistic behavior. A quest for understanding of the afterlife, perhaps? This, as long as 3 million years ago!

As homo has done for millennia, one wonders if Naledi searched the patterns in the stars as a way to understand the ultimate question: how did this all start?

In this month’s ICM the focus is on Aerospace. Hence, this month’s RE takes a stab at the “space” part of aerospace (just because space projects are cool). Compared with consumer or industrial “compliance,” there is a completely different paradigm for things that go high and fast and far or look faraway. The philosophy is driven by the fact that you may only have one shot at a successful satellite or comet-stomping robot. Hence, it is critical that each facet of the “compliance engineering” be satisfied completely. That’s one of the reasons space-bound projects take so darn long.

One of the projects Norm worked on some years ago was something called the COsmic Background Explorer or COBE. The concept and design for the COBE satellite were developed in the mid to late-1970s and the spacecraft assembled built in the early 1980s, if I have my chronology straight. Norm’s job, as I recall, was to put together test and EMC planning design for the bird, which eventually flew in November 1989. (I mentioned things taking a long time). 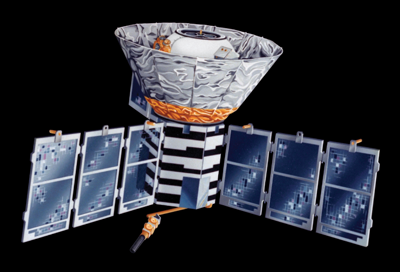 This was back when EMC was still an almost nascent thing and a lot of what we knew about the early universe was still a mystery (or at least the measurements hadn’t been made to support the theories of the origin). It was also back when I first “fell in love” with the sometimes-vexing practice of EMC.

The notion that an echo of the Big Bang was still ringing in the skies was first theorized just a little over 50 years ago after radio astronomers Robert Wilson and Arno Penzias stumbled upon the few degrees Kelvin of cosmic microwave background radiation (CMB) spattered across the sky. This discovery, which points to the expansion of the universe emanating from a single point, was one of the catalysts for the COBE mission, formulated just ten years after Wilson and Penzias’ discovery.

COBE has since been superseded by another mission (NASA’s WMAP mission, which operated in 2001-2012), but the initial discoveries still paint a picture of the cosmology of the universe and the “appearance” of all space and time around 13.8 billion years ago. Compared to that timeline, H. Naledi were just recently burying their dead. To put it another way, if all of “time” was compressed in just one day, Naledi left the planet just over a minute ago.

The COBE mission was a space-borne radiometer. We talked about Radiometers in this publication a bit ago, but were looking at Earth-Observations systems, namely the Tropical Rainfall Measurement Mission (TRMM) which helped measure and monitor rainfall in the well, tropics, and the the WINDSAT satellite program2 which was designed to determine the movement of winds at the surface of the planet. Both of these missions have greatly increased the understanding of the science and effects of climate change around our common home.

Radiometers are big wide-open microwave receivers that, essentially, measure the blackbody radiation at millimeter wave frequencies. One can “map” the environment by measuring the teeny-tiny bits of microwave energy that is all around us. 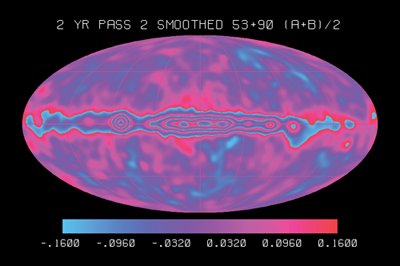 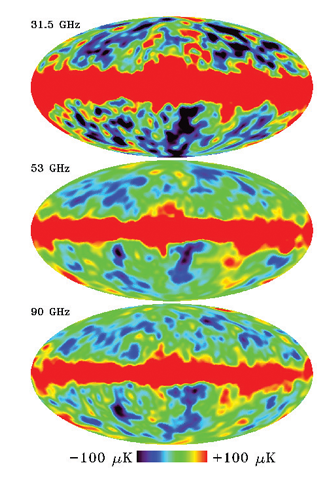 Note the units—microkelvin variations—meaning that the EMC on these craft must be pretty good indeed to keep the platform-generated noise to, well, nil.

All of this measurement technology has helped us to define the composition of the universe. One of the remaining questions we may have is what is our “place” in the ocean of space. This question has been tossed around since before the beginning of recorded time and quite often since.

My friend CC visited Machu Picchu not long ago and brought to my attention the cosmology of the Incas. Whereas in Western (and Eastern) lore, the constellations are defined by patterns of stars, the Incas held that the center of the universe (well, the Milky Way) held great beasts that were involved in the daily rotations and movements of the heavens. 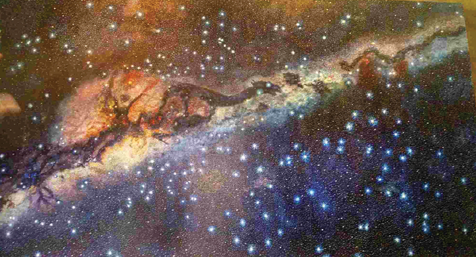 They “painted in” the dark spaces with creatures, shown in the above photo. Here, giant extraterrestrial llamas, a serpent and a toad carouse in the sky, as seen in the photo above of a painting of the Milky Way. If you look closely, you can make out a shepherd and a partridge, too.

Apparently, the Incans worshipped the Sun and the Moon, as well as all of the other heavenly mysteries that governed the natural and supernatural worlds, trying to understand their place in the Universe. Maybe the seeds of this quest were planted in the craniums of H. Naledi, seeking to the answer the ultimate question.

Mike Violette is founder of Washington Laboratories and American Certification Body. Mike can be reached at mikev @wll.com. 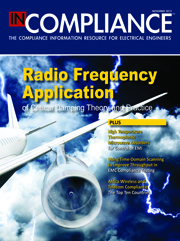