In the past, antennas at tower tops were fed by coax from radio equipment at the base of the tower. Now, to reduce transmission losses, remote radio heads (RRHs) are placed at the top of the tower next to the antenna. Fiber optic cables carrying the signal information are run up to the RRH equipment, where the light signals are converted into RF power to drive the antennas. The RRH is powered by a low voltage power line (typically 48 V DC) run up to the equipment from a power supply at the base of the tower.

Towers can be very tall (over 2000 feet), and the lightning surges to these towers can have very high I2t. Consequently, the potential for RRH damage due to surges on the power feed is high, and surge protection is needed. This article will discuss the factors that affect the design of surge protectors for RRH equipment.

There are basically 4 types of lightning as shown in Figure 1. The important parameters of these types are the manner in which the flash is initiated, and the polarity of the flash. 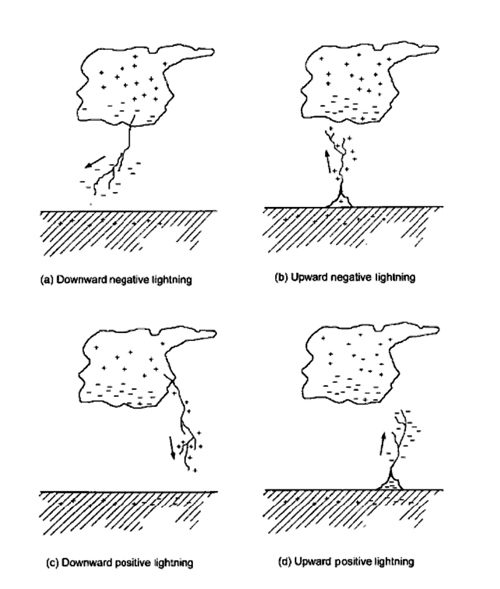 Type (a) flashes have a downward leader and negative polarity. About 90 percent of all lightning is of this type. It characterizes ground flashes and flashes to lower towers. Most of the existing data is for this type of lightning, and most equipment will be subject to it (unless the equipment is on a tall tower). The characteristics of Type (a) lightning were most recently described in CIGRE TB549 [1] (see Table 1 below).

Table 1: Parameters of type (a) lightning

Type (c) flashes have a downward leader, but positive polarity. About 10 percent of all lightning is this type. It characterizes ground flashes and flashes to lower towers. There is less data for this kind of lightning, but it still needs to be considered, especially for the protection of equipment on low towers. The characteristics of type (c) lightning, based on the 2005 data in [3], were discussed in the 2012 PEG meeting [2]. These are shown in Table 2.

Type (b) flashes have negative polarity, but an upward leader. This type of lightning occurs only with relatively tall towers. It is infrequent, and the database for it is small, most of it going back to Berger’s 1975 paper [4]. For tall towers, protection design should be based on the data (however meager) for this type of lightning.

Type (d) flashes have positive polarity and an upward leader. This type of lightning occurs only to relatively tall towers. It rarely occurs, but it often accounts for 5 percent of lighting, so the effects can be significant.

Because there is so little data on type (b) and (d) lightning, data for both are combined in one Table in CIGRE TB549 (see Table 3).

Table 3: Parameters of type (b) and type (d) lightning

The Meaning of “Low” and “Tall”

where Pu is the percentage of upward flashes and Hs is the structure height in meters. This Equation is valid only for heights ranging from 78 to 518 m, since Pu = 0 for Hs ≤ 78 m and Pu= 100 percent for Hs ≥ 518 m. Structures with heights less than 78 m (250 feet) are expected to be struck by downward flashes only, and structures with a height of greater than 518 m (1700 feet – there are some!) are expected to experience upward flashes only. There are no specific values for “low” and “tall,” but the Equation for Pu might suggest how robust the protection needs to be.

Today surge protection devices (SPDs) for RRHs are typically designed to withstand the 200 kA 10/350 surge specified in IEC 62305. However, SPDs, which are designed to withstand this surge are likely to be addressing the wrong threat. Why? A couple of use cases illustrate the issue. The details of these cases can be found in [6] and [7] . In both cases, a simulated tower with metal-oxide varistor (MOV) protection for the power feed was set up in a lab, for example, as shown in Figure 2 (adapted from [6]). The simulated tower consisted of square steel tubes bent in a U shape to minimize the generator leads, and the feed wire was protected with MOVs at each end.

When the surge was applied the result was typically like that shown in Figure 3. Hmmm… What would generally be expected is that the waveshape of the current on the power feed would match that of the applied surge – clearly not the case! 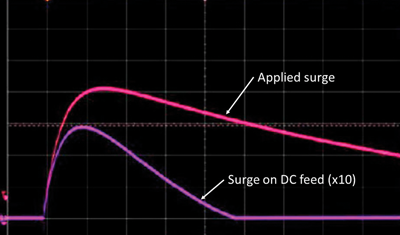 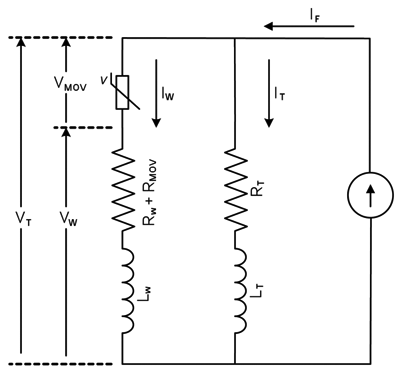 Analyzing the equivalent circuit, the following expression can be developed for the current in the wire:

Rw = h*(ohms per meter of wire

LW = h*(inductance per meter of wire)

LT = h*(inductance per meter of tower)

And VMOV has been taken as a unit step function.

Now assume that If is in the form of a double exponential. In the time domain

In the frequency domain

The LaPlace transform of (2) gives the circuit response in the time domain:

The resistance of the MOV, RMOV, depends on the current flowing through it, and changes as the current changes. It is difficult to take the instantaneous value of RMOV into account. An approximation its average value can be calculated from

where W is the energy dissipated in the MOV (see Equation 4), and Tmax is the time at which IW goes to zero. In the present case, RMOV = 0.13 ohms. 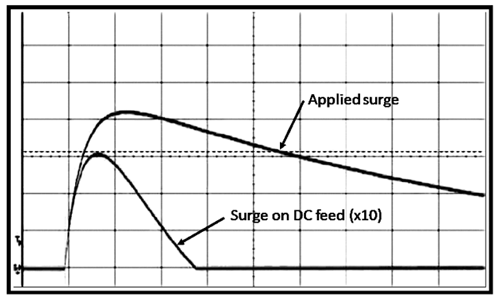 Figure 5: Calculated waveforms of current in the
power feed (shown x20) and the lightning flash 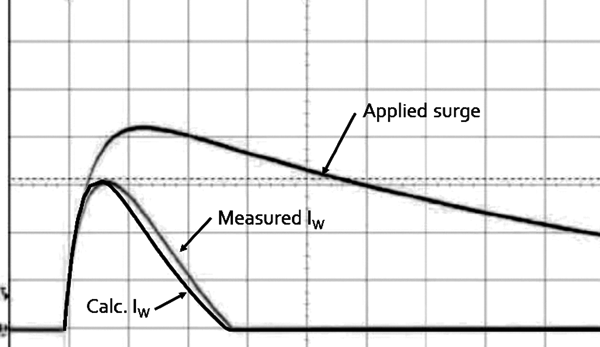 Figure 6: Comparison of calculated and measured current in the power feed

Examples of How the Model Can Be Used

The first example shows what happens to IW in the use case if the height of the tower is varied and holding all else constant (Figure 7). As h goes from 10 m to 100 m, T0 goes from 86 to 258 µs. So tower height influences the waveshape of IW. 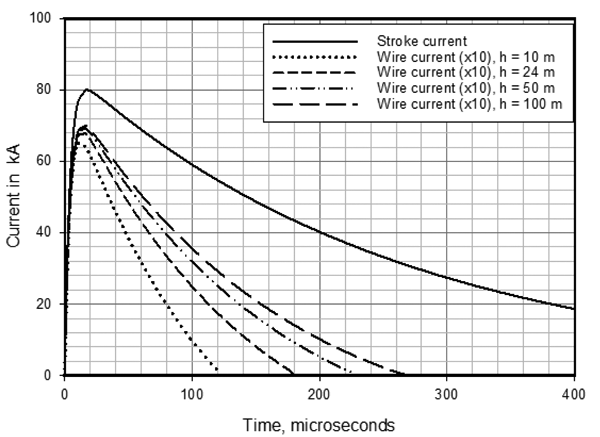 Figure 7: Illustration of how T0 varies with tower height

The second example is based on the 5 percent probability of occurrence 80 kA 18/200 from Table 1 (Figure 8). Again, assuming the power feed protection is an MOV, this example uses the resistance and inductance values of the use case, with only the height as a variable. Note that the IW waveshapes don’t look anything like an 18/200. They range from 11/59 to 16/101, and the peak amplitudes are much lower (shown x10 on the graph). 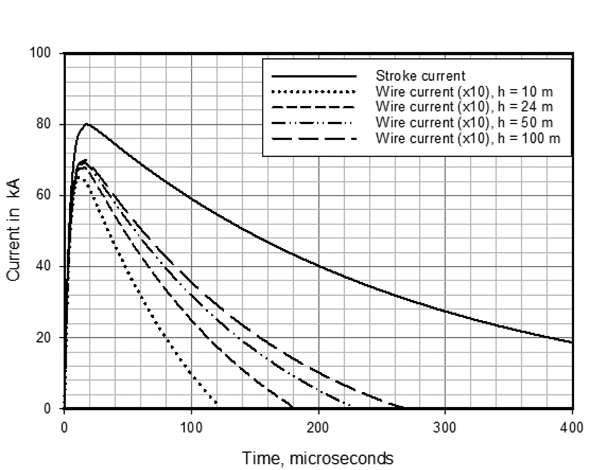 Figure 8: Illustrates the variation in the waveform on the power feed as a
function of tower height, due to an 80 kA 18/200 stroke to the tower.

The reason for the interest in energy is that a common test (at least for MOVs) is to apply a rectangular wave of amplitude I2ms and 2ms duration, and report the result as energy. So comparing the energy deposited in the SPD to a Table of I2ms for 2ms ratings for a prospective SPD is a way of selecting an appropriate SPD for the application.

In general, the energy absorbed by an SPD of any kind is given by:

where Tmax is the time the wire current falls to zero, vSPD(t) is the voltage across the SPD and iW(t) is the time-domain wire current. In general, vSPD(t) is a complex function of iW(t), generally increasing as current increases (e.g., for a MOV, vSPD = kialpha). To simplify the calculation, let vSPD(t) be constant, so that vSPD(t) = VSPD. Due to the variation of vSPD with current, VSPD needs to be chosen high enough to avoid underestimating J.

To calculate J, a reasonable choice for the lightning stroke waveform to be used in the calculation of iW(t) can be found in the tables shown earlier for the various lightning types, and will typically be the value for a 5 percent probability of occurrence, for a margin of safety in the protector design. The Table to use depends on the combination of tower height and the accepTable risk of occurrence of the lightning stroke, as previously discussed. Once the variables for the expression for iW(t) have been determined, J can be calculated.

When a clamping device is used for the SPD, iW(t) can be calculated from Equation (3). Substituting Equation (3) into Equation (5) and performing the integration: 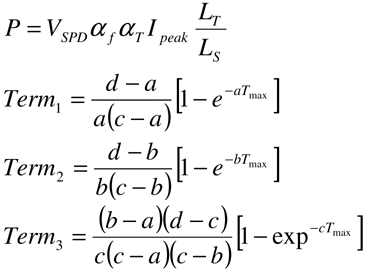 For the use case, J = 48 J total, or 24 J per MOV, in which case a 14 mm MOV is suitable. But the use case does not represent the type of lightning flash that generally occurs.

The Issue of Multiple Strokes

Up to this point, we have considered a flash having only a single stroke. These are rare. Generally, the flash will consist of a first stroke followed by several subsequent strokes and a continuing current, something like that shown in Figure 9 (adapted from [10]):

Maytum [11] gives an example of this case. A paper by Yang et al [12] reported that a 40 kA SPD stopped functioning at lightning currents no greater than 1.6 kA. Why? Analysis of the data suggested that the cause might be accumulation of energy delivered by the 350 A, 0.5/29.5 first stroke, followed by eight return strokes ranging from 0.22 kA to 1.64 kA, with a geometric mean waveshape of 15.6/63.3. By itself, this accumulated energy might not have been a problem. But added to this energy was that from several impulses which showed a continuing current content lasting some 3 ms and delivering 100 J.
This added 100 J probably pushed the SPD beyond its capability.

So, to summarize, with a clamping device, the important thing to consider is the amount of energy deposited in the device by all components of the flash, that is, first stroke, subsequent strokes, and continuing current. A protector chosen without consideration of energy may be undersized, as the example just cited shows.