Consider a symmetric stripline configuration, shown in Figure 1, where a PCB trace of width w is placed in-between two planes, at the same distance h from each plane; x is the distance from the center of the trace.

The possible plane combinations are shown in Figure 2.

Figure 3 and Figure 4 show the CST Studio simulations of the E and H fields, respectively [2]. 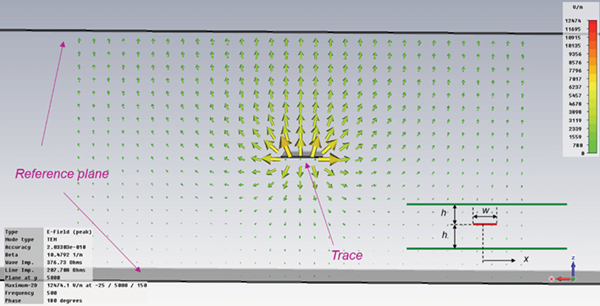 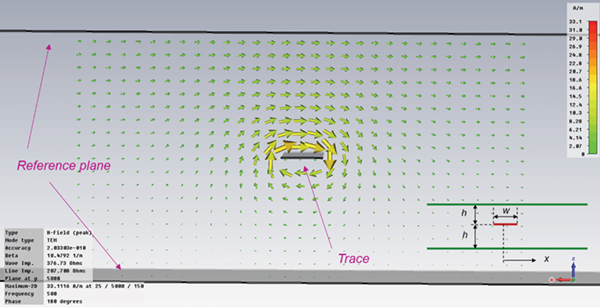 The current distribution on each reference plane is described by its current density [3] J(x):

Figure 5 shows the Matlab plot of (normalized) current density as a function of x/h, for both the symmetric stripline and a microstrip configuration.

Figure 6 shows the % of the total return current for both configurations, contained in the portion of the plane between ±x/h of the centerline of the trace. 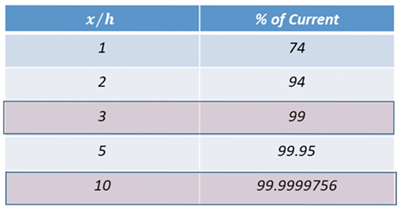 Table 1: Cumulative current in % for a stripline configuration 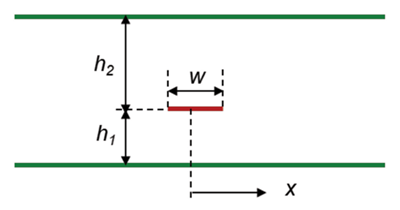 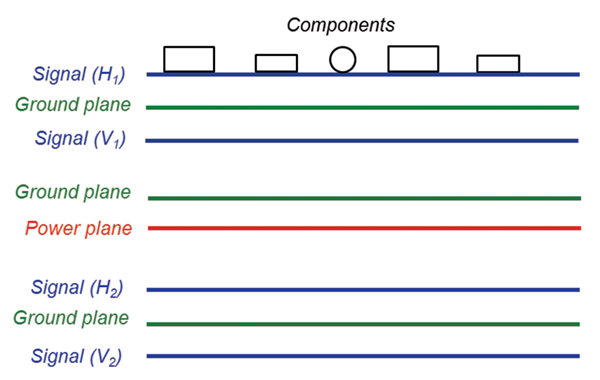 Figure 8: 8-layer board PCB with a single trace between two planes 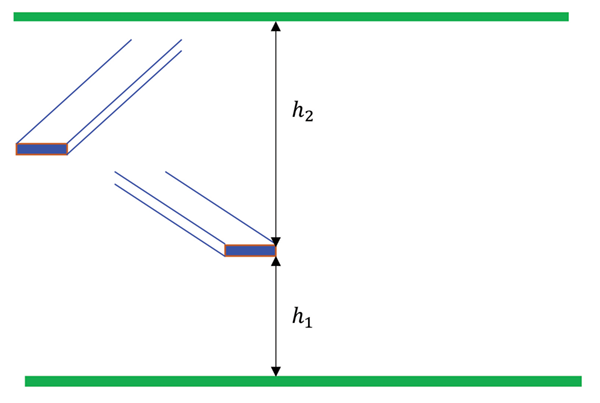 Figure 10 shows a PCB topology where two high-frequency traces are placed between the reference planes. 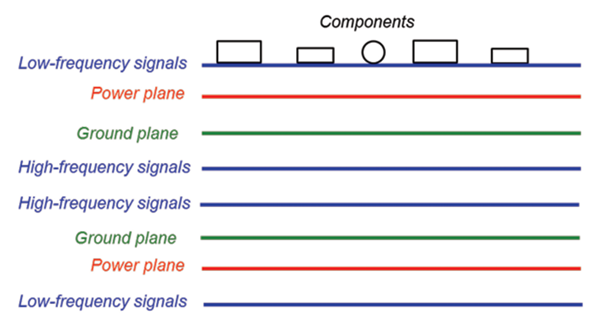 Figure 10: 8-layer board PCB with two traces between the reference planes

Figures 11 and 12 show the CST Studio simulations of the E and H fields, respectively. 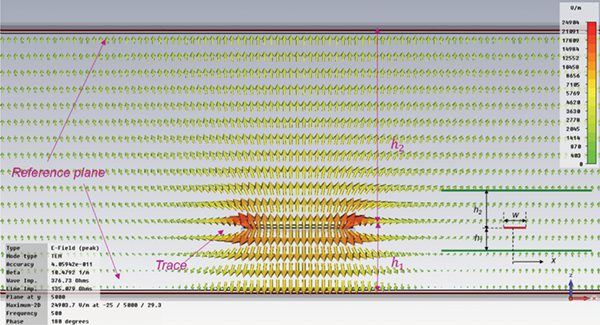 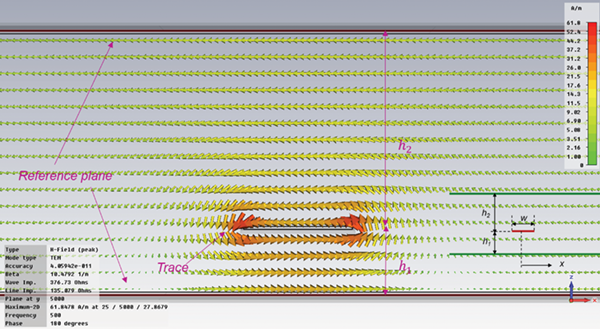 Figure 13 shows the Matlab plot of (normalized) current density as a function of x/h, for both planes.

Note that, directly under the trace, 75% of the current flows on the closest plane and 25% on the far plane. At distance greater than ±3 x/h the currents in both planes are of the same magnitudes.

Finally, Table 2 shows the percentages of the return current in each plane for different h2/h1 ratios [3]. 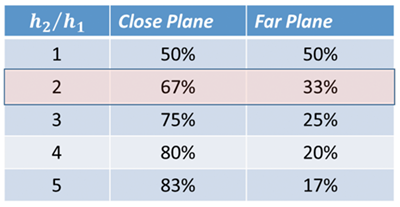 Table 2: Percentages of the return currents for different
h2/h1 ratios