In [1] the return path of high-frequency current was discussed for a two-layer PCB configuration shown in Figure 1a.

It was shown that at high frequencies the return current takes the path of least inductance, which is directly underneath the top trace, because this represents the smallest loop area (smallest impedance). This is shown in Figure 1b. 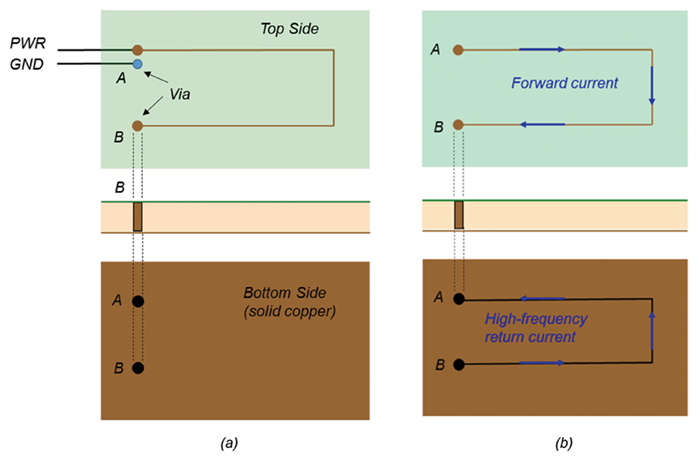 Consider a typical microstrip configuration in a four-layer PCB, shown in Figure 2.

Figure 3 shows a single trace on a signal layer carrying a forward current and the associated fields.

Figures 4 and 5 show the CST Studio simulations of the E and H fields, respectively [2]. 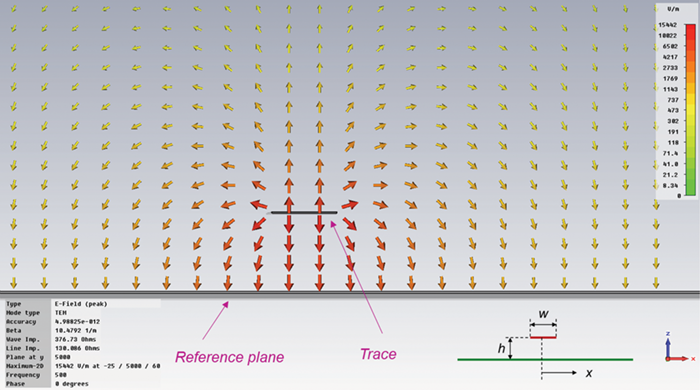 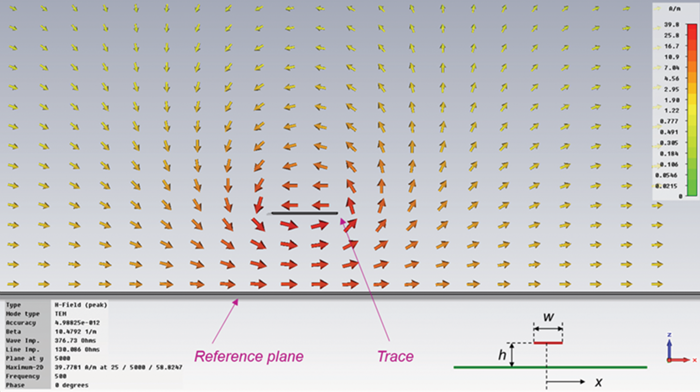 Let’s stop here for a minute and answer this important question: How is it possible for the return current to flow on the power plane?

This seems to contradict what we have learned in a basic circuit course. In a “classical” circuit course we always assumed that the current flows out of the positive terminal of the source, flows along the forward path, through the load, and returns to the source on the return (ground) path (conductor or plane).

This is true for pure DC currents where we model the current flow as moving charges along the conductor, flowing with a drift velocity proportional to the voltage of the source. We often ignore the drift velocity and assume that there is no time delay in the current flow and the voltages and currents appear instantaneously everywhere in the circuit when the source is connected to it.

Pure AC current (regardless of its frequency) does not involve the charges moving along a conductor; it is modeled as the charges oscillating back and forth (with respect to their original position) as the polarity of the source changes. This ac model is valid for the functional, i.e., intentional ac currents. When analyzing such circuits, we still assume that the current flows from the positive terminal of the source, along the forward conductor to the load, and returns to the source along the return (ground) path (conductor or a plane). And again, we often ignore the time delay.

Now, having established the fact that the high-frequency noise current can flow on either the ground or power plane, let’s look into more details of such a flow. The high-frequency current flows within a few skin depths of the reference plane surface, as shown in Figure 7.

Figure 8 shows the fields and the current density inside the current carrying conductor (see [3] for more details). 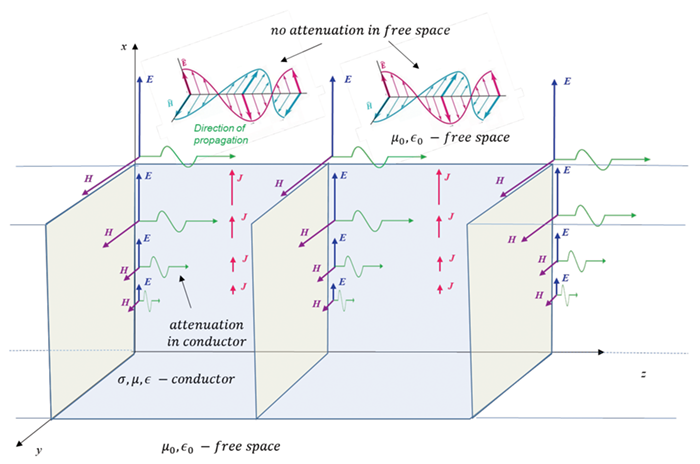 Figure 8: Fields and current density inside a conductor

Figure 9: Currents on both sides of the reference plane

Let’s turn our attention to the return current distribution in the reference plane underneath the forward trace. Consider the microstrip line geometry shown in Figure 10, where the trace of width w is at a height h above a reference plane; x is the distance from the center of the trace.

The current distribution on the reference plane underneath the trace is described by its current density [4] J(x):

where I is the total current flowing in the loop. The current density underneath the center of the trace is

Figure 11 shows the Matlab plot of (normalized) current density underneath a trace as a function of x/h.

Figure 12 shows the CST Studio simulation of the current density underneath the trace. 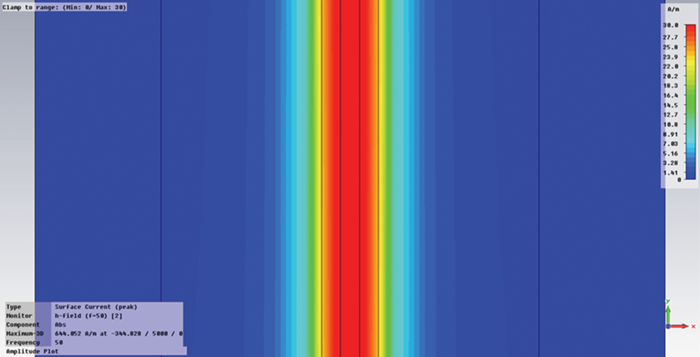 Figure 13 shows the % of the total microstrip return current contained in the portion of the plane between ±x⁄h of the centerline of the trace.

Table 1 shows more detailed results for other distances from the centerline underneath the trace [x]. 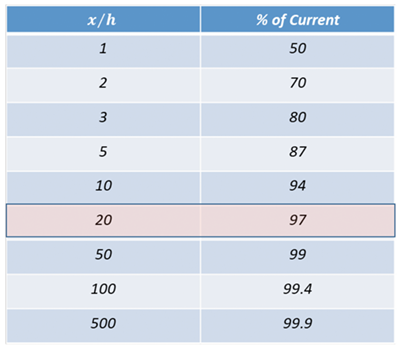 Table 1: Cumulative current in % underneath a microstrip trace

The highlighted row in Table 1 shows that if a microstrip trace is located 10 mils above a reference plane, then 97% of the return current will flow in the portion of the plane that is 200 mils to the left and right of the trace centerline.