Orientation Is Relevant For EMI/EMC Filters

When designing an EMI/EMC filter the orientation relative to source and victim is critical for high effectiveness. Can you save components in your filters?

Consider you have an EMI problem or you are failing in EMC conducted or radiated emissions tests and you will try to design a filter to solve the problem.

First question: Are you sure?

But sometimes, as in our example, we cannot remove the source of the problem so we will try a filter. And, in EMI/EMC, we use low pass filters to avoid high frequency energy arriving to the victim.

Usually you will start with one component (cheaper, smaller, etc.) filter: a shunt capacitor or a series inductor (Figure 1).

Note from general theory that you will obtain -20dB/dec (or -6dB/oct) in attenuation for each component included in your filter.

But, when to use the capacitor instead of the inductor?

With reactive components you are trying to filter using mismatching: you choose the capacitor to be low impedance and the inductor to be high impedance at EMI frequencies COMPARED with ZS and ZL terminal impedances.

Let me show you this idea with an example.

Think your terminal impedances are resistive ZS=5ohm and ZL=100ohm. You need to design a low pass filter with order 2 (-40dB/dec) so you will use an inductor and a capacitor.

How to orientate the filter?

In Figure 2 we compare insertion losses with good vs bad orientation. More than 20dB in difference while slope in attenuation band is -40dB/dec for
both solutions! 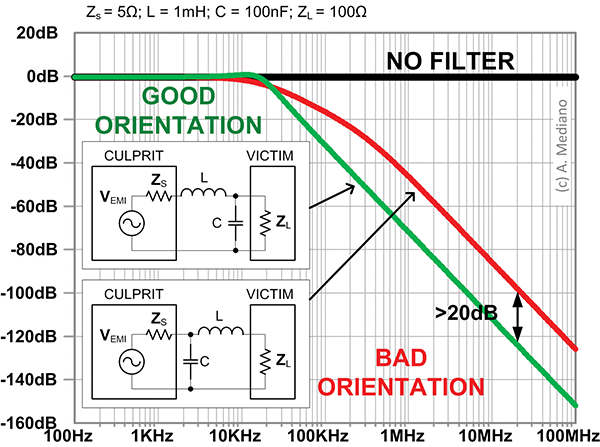 Figure 2: How the orientation of a filter is important to maximize effectiveness.

I have seen the importance of this idea many times while reviewing designs in real products for companies or teaching.

For example, in Figure 3, the conducted emissions from a coffee machine were measured without filter between 100 kHz and 30 MHz (red color). The original filter from this company was an LC network with 30uH in the LISN side and 100nF shunt capacitance in the DUT side.

The results were not as expected because EMI was over the limit in all the frequency range of interest (green color) in left side of Figure 3.

When obtaining the result in the left, a typical decision is to add components to the filter (additional inductors and capacitors) trying to increase the insertion losses (remember 20dB/dec for each added component). In doing this, the filter will be bigger, more expensive, etc. (sometimes this is not possible because available space and limited budget).

But, note what happen when I rotate 180º the filter as in right side of Figure 3. With the same components and a good orientation, the product is now complying with regulations. Great!

Have you tried this idea in your products?

Perhaps your filter is more complex than necessary?

Finally, an important idea: for EMI engineers, terminal impedances are usually unknown so, if you have no experience with the product perhaps you will need to try both orientations to find the appropriate solution.

Arturo Mediano received his M.Sc. (1990) and his Ph. D. (1997) in Electrical Engineering from University of Zaragoza (Spain), where he has held a teaching professorship in EMI/EMC/RF/SI from 1992. From 1990, he has been involved in R&D projects in EMI/EMC/SI/RF fields for communications, industry and scientific/medical applications with a solid experience in training, consultancy and troubleshooting for companies in Spain, USA, Switzerland, France, UK, Italy, Belgium, Germany and The Netherlands. He is the founder of The HF-Magic Lab®, a specialized laboratory for design, diagnostic, troubleshooting, and training in the EMI/EMC/SI and RF fields at I3A (University of Zaragoza), and from 2011, he is instructor for Besser Associates (CA, USA) offering public and on site courses in EMI/EMC/SI/RF subjects through the USA, especially in Silicon Valley/San Francisco Bay Area. He is Senior Member of the IEEE, active member from 1999 (now Chair) of the MTT-17 (HF/VHF/UHF) Technical Committee of the Microwave Theory and Techniques Society and member of the Electromagnetic Compatibility Society. Arturo can be reached at a.mediano@ieee.org. Web: www.cartoontronics.com. 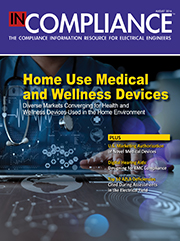