With smart grid technologies as well as power technologies for renewables and improved energy efficiency, there is an increased use of electronics.  We see a growth in the use of power electronics as well as electronics for information technologies. The term Smart Grid enables a Smart Electrical System – the entire power system with networks as well as connected equipment converting between electrical energy and other forms of useful energy.

Electrification clearly facilitates our progress toward a resource-efficient and climate-friendly energy system. The share of electricity in total energy demand is projected to increase drastically in all the decarbonasation scenarios of the recent European Union (EU) Energy Road Map 20501 (Figure 1). 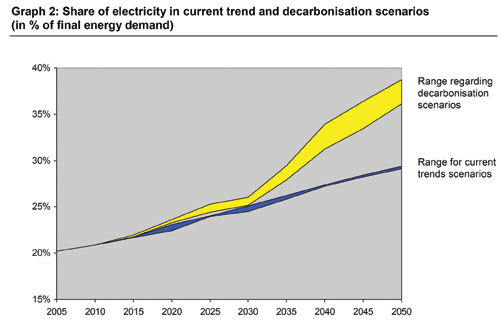 Figure 1: Share of electricity in final energy demand, according to the EU Energy Road Map 2050

Smart Grid is More than Networks

One example of smart grid application is the possibility of charging electric car batteries during hours with a surplus of low cost renewable energy. When electricity price is high, electric cars may feed energy back to the electrical network. This can be achieved using a continuous transfer of electricity price information with automatic control of the power flow to and from the electric cars. The term smart grid is thus enabling a ”smart” electrical system where the entire power system, with networks as well as connected equipment, is converting between electrical energy and other forms of useful energy.

Smart Grid and the Concept of EMC

Electromagnetic disturbances may be radiated or conducted and electrical/electronic equipment is potentially sensitive to any or to both of these types of disturbances. Disturbances are in turn subdivided into a number of low and high frequency phenomena, where IEC defines low frequency up to and including 9 kilohertz.

Examples of lack of EMC in relation to evolving smart grid technologies have been reported in Sweden. Kilowatt-hour meters in households sending data signals through power lines have caused interference with, for example, dimmer controlled lamps and electrical appliances. There are also cases reported where electrical apparatuses in households have interfered with electronic kilowatt-hour meters with adverse errors in registration of energy. Power electronics in wind power plants have emitted disturbances interfering with transfer of kilowatt-hour meter readings as signals on power lines.

Power electronic-based photovoltaic solar and wind energy equipment may emit disturbances causing variations such as voltage fluctuations and unbalance5. However, with a proper design such equipment may well improve voltage quality, for instance by reducing depth of voltage dips6.

The technical function of an electrical network is electromagnetic energy transfer with adequate voltage quality at its sites(connection points). Similarly, immunity of an electrical network can be seen as the ability to absorb disturbing emissions (such as distorted current) with adequate voltage quality while transferring energy or, in other words, with satisfactory function. For example, for low order harmonics and voltage fluctuations, network strength is relevant for network immunity12, 13.

Geomagnetically-induced current caused by space weather is another example of the relevance of electromagnetic immunity for keeping an electric grid14 functioning satisfactorily.

According to the EMC Directive, equipment are either apparatus or a fixed installation. Apparatuses are part of the EU system for CE marking, while fixed installations are not. However, protection requirements on emission and immunity are enforced on all equipment. 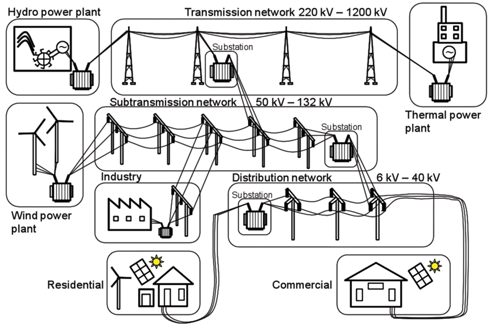 The objective of protection requirements for equipment, including fixed installations such as electrical networks and connected equipment, is the achievement of EMC.

When aiming for EMC in electrical power systems, it is reasonable to apply the same reference for voltage quality (emission) in electrical networks as for limits on immunity of connected equipment. This is schematically indicated in Figure 3, where a common compatibility level is applied for voltage quality as well as for immunity of connected equipment. Electromagnetic compatibility levels are defined in the IEC 61000-2 series (IEC 61000-2/4/12 for use as references for emission and immunity of equipment). For very slow voltage variations, limits are given in the standard IEC 60038. Network emission levels, which are essentially voltage quality planning levels, are defined with a margin in relation to compatibility levels, as indicated in Figure 3. 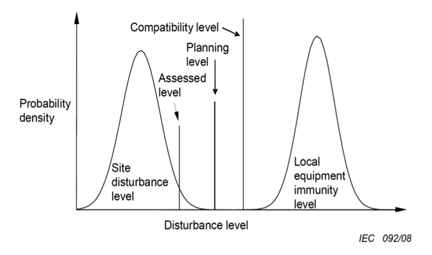 Figure 3: Voltage Quality concepts with time statistics for a site within a network17

In the following example, application of protection requirements on emission and immunity are illustrated for selected principal electromagnetic phenomena.

Origins of low order harmonics are, for example, classical line commutated diode and/or thyristors based rectifiers. Examples of equipment emitting high order harmonics are voltage source converters, such as transistors which are switched at high frequency.

Emission of low order harmonics can often be modeled as current sources, while high order harmonics normally appear as voltage sources. In between these two simplified models there is naturally a more complex reality. Resonances may increase the complexity further.

When harmonic current of low order is injected into a network, the voltage is distorted which reduces voltage quality. The level of voltage distortion is dependent on the network strength. Similarly, high frequency current harmonics may cause voltage harmonics in the network. Network strength in terms of short-circuit power or fundamental frequency short-circuit impedance is less essential for voltage quality at higher frequencies. The geographical spread of higher frequency distortion is normally relatively small.

Current harmonics may cause overheating of e.g. neutral conductors and capacitors in three-phase systems. Voltage harmonics may upset electronics, e.g. due to multiple zero crossings. Loading capability of induction machines may be reduced.

Some sources of interharmonics are frequency converters and transformers saturated during energizing.

Suggested responsibilities for equipment’s accountable parties are given in Table 1. Compatibility margins are found in IEC 61000-2/4/12. A basis for apportionment of harmonic disturbances in networks is available in IEC 61000-3-6.

Suggested responsibilities for controlling voltage fluctuations within the network system are given in Table 2. Slow voltage variations in a network are depending on a number of technical issues ranging from design, maintenance and operation.

Rapid voltage fluctuations may cause flickering of lights. Source of disturbance may be electric arc furnaces that cause rapid current fluctuations.

Suggested responsibilities for equipment’s accountable parties are given in Table 2. A framework for apportioning of distortion limits is given in IEC 61000-3-7.

A smart grid enables more renewables and more efficient use of electricity. The smart grid also is expected to boost use of electronically based equipment in the electrical power system.
To realize the smart grid, the following issues are important to consider:

Over the years, focus has shifted between various electromagnetic phenomena. During 1980s, low-order harmonics were high on the agenda due to the introduction of thyristor and diode based current stiff line commutated power electronics. Similarly, voltage fluctuations causing flickering lights were of great concern where arc furnaces were the main source of disturbances. In the 1990s, the use of variable speed drives for induction motors was introduced on a large scale. Voltage dips were causing interruptions in industrial processes due to inadequate immunity for those drive systems.

Presently, there is an increased awareness of electromagnetic disturbances in the frequency range 2 to 150 kilohertz. This is due to switched converter technologies used over time in an increasing number of apparatuses, from  energy efficient luminaries to charging units for electrical vehicles. Due to connection of wind and solar power at the end of weak feeders, the occurrence of temporary overvoltages is a disturbance of increased concern. Regardless of the phenomena, it is clear that a appropriate division of responsibilities for networks and connected equipment is paramount. 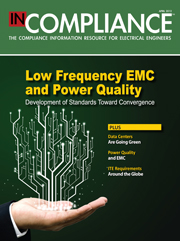