Walking on an insulative floor covering produces a predictable charge

Static electricity is often considered to be the effect of electric charges at rest on insulators or insulated conductors. And this is surely true in part.
When a nylon slip clings to the body, or when you have problems leafing through the pages of a magazine, you are witnessing a static effect of electric charges. But the buildup of charge distributions in a thundercloud or on a person walking along a hotel corridor are dynamic processes, and the possible resulting discharges can hardly be called static. Let’s look a little closer at some such examples.

Charging by Walking
The charging of a person walking on an insulating floor covering is described here in a simplified way.

The contact and friction between a person’s shoe soles and the floor separate a charge Δq for each step. If she walks with a rate of n steps per unit of time, this corresponds to a charging current, ic, where ic = nΔq. In this way she achieves a voltage V that at first will increase with an average rate of

where C is her capacitance. The voltage does not increase smoothly with the constant rate just given, but literally as a step function. This is further complicated by the fact that the capacitance decreases when her foot is lifted and increases again when her foot is put back down on the floor. The voltage, V, will keep increasing, but not infinitely, because the effect of the charging current will be counteracted by a decay current, id, given by

where R is the resistance from the person to ground through or across the floor covering. The voltage has reached its maximum value, Vm, when the two currents balance each other, which is shown as

Let’s play a little with this equation. It is easy enough to determine R, the decay resistance for a given floor and shoe combination. The step rate, n, is, according to an ISO standard, two steps per second, that is, n = 2 s–1. The charge transferred per step, Δq, looks more difficult to handle, but we can estimate a reasonable upper limit in the following way.

If the breakdown field strength in the space between an elevated sole and the floor is Eb, then the maximum charge density, σm, on the sole is σm = εoEb, where εo = 8.85 • 10–12 F • m–1 is the permittivity of vacuum and approximately that of air (see Figure 1). 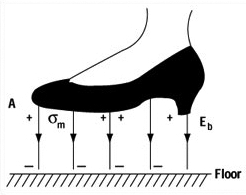 Figure 1: Maximum charge density (σm) on the sole where Eb is the breakdown field strength between the sole and the floor

Hence if the area of the shoe sole is A, then the maximum charge transferred per step is Δqmax = AεoEb, and the maximum voltage will be Vm = nAεoEbR.

Assuming we can consider the combination of an elevated foot and the floor’s surface a pair of planar, parallel electrodes, Eb ~ 3 ~ 106 V • m–1. The sole’s area may be about 150 cm2, depending on the shoe size of course. Entering these values into the equation for Vm (and considering their uncertainties), we find that Vm ~ 10–6 R when Vm is measured in volts and R in ohms.

Now suppose we want to be sure that our person does not get charged to more than 100 V by walking. The equation for Vm tells us that the decay resistance has to fulfill the condition

The same equation further suggests that the maximum charging current a person may produce by walking on an insulating floor is on the order of 1 µA. Although the capacitance, C, of the person has no influence on the maximum voltage, it does, in cooperation with the decay resistance, determine the rate with which the voltage increases.

After a time, τ = RC, the voltage will have reached (approximately) 63% of the maximum value. It can also be mentioned that the energy, W, stored electrostatically in the field of the charged person is given by

However, the effect this energy will have if discharged into the environment, on an electronic component, for instance, also depends upon the person’s resistance, Rp, which may be described more or less as the resistance through the person from the location of the charge to the point of discharge.

A process somewhat similar to the one we’ve just described above is the flow of an insulating liquid through a tube.

Suppose a liquid is flowing with a volume flow rate of u(m3 • s–1) and has a specific mass ρ(kg • m–3) and specific charge density of µ(C • kg–1). The flow constitutes a current ic given by ic = uρµ. If the liquid is collected in a conductive, semi insulated container (Figure 2) with a resistance R to ground and a capacitance C, the voltage of the container will increase toward a maximum value Vm, given by
Vm = icR = uρµR, and the energy stored will approach a maximum value Wm, given by

The maximum values of voltage will, in practice, have been reached within 10 seconds. 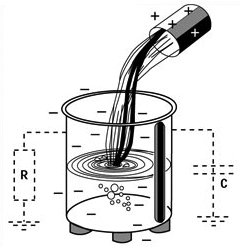 Figure 2: Liquid collected in a conductive, semi insulated container with a resistance, R, to ground and a capacitance, C

An essential difference between this process and the one of a person being charged by walking is that with the flowing liquid there is a much wider range of charging currents. While we’re not going to go into the questions of how or why the liquid gets charged in the first place, or how the charging may be affected by whether the pipe is conductive or insulative, it should be noted that the liquid must have a volume resistivity higher than approximately 107 Ω • m for any appreciable charging to take place.

This means (among other things) that water cannot charge. Mind you, it cannot charge because of flowing. If spraying is involved, the situation is completely different. In such circumstances, probably all liquids may charge.

The Electrofilter and Spray Painting

The two examples we’ve just discussed are both cases of what you might call “unwanted static electricity,” possible causes of production problems or even explosion risks. But we must remember that static electricity has many applications, as we’ll see by looking at a couple of examples that also involve a certain degree of nonstatic behavior.

Possibly the most important device based on static electric principles is the electrostatic filter (or simply, electrofilter) without which, for example, it would be impossible to clean the smoke from traditional power plants.

In an electrofilter (Figure 3), the air is passed through a region where air ions are being produced by a corona discharge. Some of the ions will attach to particles in the passing air. This passing air is then brought into an electric field where the particles may plate out on one of the electrodes. 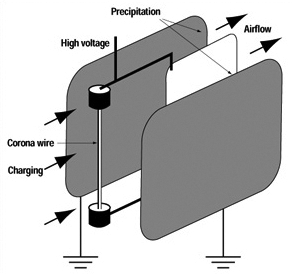 Figure 3: Air passes through a region of an electrofilter where air ions are being produced by a corona discharge

Whether a particle actually lands on the collector electrode depends upon the magnitude of the airflow, the field strength, and the charge on and the mass of the particle.

Obviously the larger and heavier the particle is, the more difficult it will be to pull it out of the airflow. On the other hand, the larger the particle is, the more ions may attach to it, making the deflecting force larger. An electrofilter should not be mistaken for an electret filter where the electric part of the filtering process depends primarily upon polarization forces.

Another important application of electrostatic principles is spray painting.

If a liquid is vaporized from a grounded spray gun some of the droplets formed are likely to be charged, but not in a predictable way.

If, however, the gun is held at a voltage, for example a positive one as shown in Figure 4, the droplets will leave the gun with a positive charge proportional to the field strength at the nozzle, and hence to the voltage of the gun. The charge will also be proportional (approximately) to the square of the radius of the droplet. If a grounded, conductive object is placed in front of the gun, the droplets will be deflected toward the object because of the field from the gun. By adjusting the airflow rate and the voltage of the gun, it is possible to ensure that practically all the droplets will land on the object. 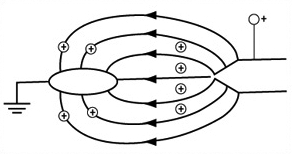 Figure 4: Droplets leave a spray gun with a positive charge proportional to the gun’s voltage

Although there will be field lines “ending” on any part of the object, obviously the part facing the gun where the field is strongest will get most of the paint. However, by rotating the object to be covered, it is possible to make the covering very uniform. It should be mentioned that the method described here is only one of a variety of surface treatments using electrostatics.

Obviously static electricity as traditionally defined encompasses a lot of processes that we call static, although they may have some dynamic features, like decay currents and discharges. But as the examples of the electrofilter and spray painting have shown, we sometimes call processes electrostatic even though there are no charged insulators or insulated conductors involved because the necessary fields are provided by generators with an electromotive force.

And it seems to me that what makes both types of processes static is the fact that the charge carriers are created by the process itself, like corona ions attaching to the smoke particles in the electrofilter or paint droplets being surface-charged in the electrostatic spray gun.

I’m sure somebody will consider these distinctions too elaborate, but then let’s hear a better one. Of course, we could just settle for the old saying from the high school student that static is what your dad gives you a lot of, when you don’t come home until three o’clock on Saturday morning. 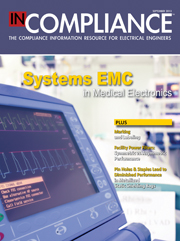