Manufacturers and distributors of electronic and electrical devices are required to meet various Product Safety standards established by the United States, Canada, European Union, and various global agencies. Today manufacturers have multiple options for testing their product to various North American Standards through Nationally Recognized Testing Laboratories (NRTLs), as well as independent value added laboratories that have approvals for NRTL testing under a variety of programs. Good independent labs must be assessed to ISO 17025 for testing laboratories, similar to those requirements found under ISO 9000 requirements for manufacturers.

Many NRTLs have established an APD (Agent Program – Data Acceptance) Testing Laboratory or similar partner laboratory programs. These programs established a series of accredited localized testing labs under the umbrella of the NRTL testing organization. This type of program was established with the manufacturer in mind. Regionally based accredited testing labs performing testing and compliance assessments can greatly speed agency approval from months to a few weeks.

The accredited partner labs are designed for fast turn around, with state-of-the-art equipment and experienced technical laboratory engineers and staff. An example of this would be a centrally located laboratory that performs the identical testing procedures as identified in the OSHA recognized UL, CSA, ANSI, FM and other U.S. standards, as well as other global standards, such as IEC and EN requirements.

Some partner labs specialize in key market segments, utilizing their technical expertise to eliminate many of the bottlenecks that may occur at other testing facilities. These segments can include Medical Devices, Laboratory and Measurement Equipment, ITE Equipment, Industrial Machinery, and Household Appliances. By concentrating on these key technical areas, clients can enjoy competent testing at a competitive price.

Partner labs can offer additional services, such as engineering design reviews and problem solving. Some safety agencies do not provide this kind of service, either due to conflict of interest, liability issues, or lack of mitigating experience. An engineering staff that is technically trained to perform preliminary design and construction reviews, coupled with a formal risk assessment, can identify problems at the earliest stages of a project, when the costs are lowest. Additionally, the staff has the ability to address problems using the least invasive solutions.

Independent labs that can address and solve non-compliant test results can greatly reduce the overall time needed for formal compliance, and can also reduce costs relating to solving non-compliant situations. This engineering assistance can eliminate delays and continue the compliance program at the fastest possible rate. In many cases, it is at no additional charge. Some countries have rigid requirements that require in-country testing at approved government laboratories. To insure full compliance testing results, independent labs can perform a pre-qualification test program. This eliminates the need for the government labs to send the product back to the manufacturers requesting that they mitigate and resolve the non-compliant issues and re-submit. A pre-compliance testing program can save both time and money. 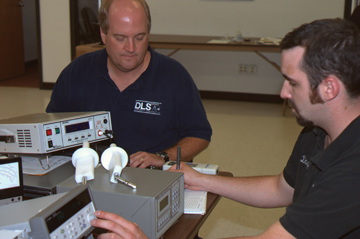 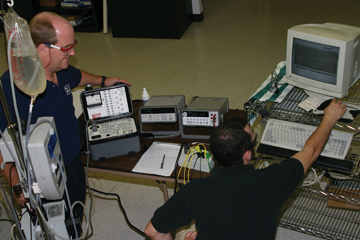 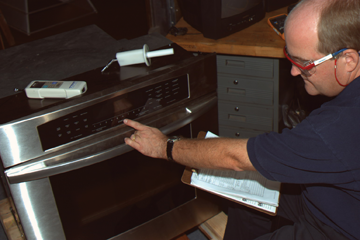 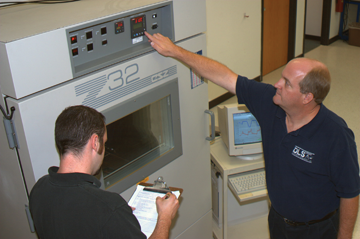 Following are some examples of how independent labs with engineering support can identify problems and provide process capable results:

During testing of a medical device, a non-compliant test result occurred during a dielectric test. After detailed evaluation of the failure, it was determined that additional insulation was required in several locations. Several options were identified and offered to the manufacturer. The manufacturer’s decision was to add additional insulation to the circuit board by using non-conductive stand offs, and non-conductive screws and fasteners as a method of securing. Additionally, extra insulation was added to a flat ribbon cable. These changes, made by working hand in hand with the manufacturer, took less than a day and the project was back on schedule with complaint results with almost no effect on the timing and cost of the project.

While testing a piece of electrical machinery, it was determined that the grounding was not sufficient to have a compliant test result. The testing showed a resistance level that was not acceptable for compliance. After review, it was recommended that additional grounding be added to insure a lower resistance value. A grounding lead was added and the project continued with compliant results.

Many times it is the intended use of a product or device that identifies the requirements as referenced in the standards. In one case, a medical device that was offered in both a portable and permanently installed version was under review for compliance. As policy dictates, the staff engineer made a detailed construction review and risk assessment. While the standard for the enclosure referenced a flammability rating of V-2, the intent of the manufacturer was to offer a version that would be permanently installed while in use. The standard clearly calls an enclosure rating of V-O for this particular application. The options were presented to the manufacturer, and a determination was made to use a higher rated plastic for the enclosure used on the permanently installed version. Rather than wait for a new compliant plastic enclosure to be sent from the manufacturer, testing on non-enclosure sensitive aspects were performed, and when the new enclosure was received a few days later, installed and tested, no time was lost and no additional costs were incurred.

During the construction review and risk assessment of a medical device, it was noted that openings in the device enclosure for primary airflow and cooling were too large and were considered non-compliant. As the manufacturer had several enclosures already made, it was determined that a secondary fix be implemented. The engineer reviewed several options and provided a process-capable solution—a wire mesh screen, easily installable and at a low cost—eliminating the non-compliant aspect of the enclosure. The manufacturer was able to incorporate a new smaller holed enclosure on their next revision, which was handled as an alternate construction to the original compliance approval.

The above examples show that by having knowledgeable and experienced safety testing engineers that have an awareness of the processes needed for manufacturability, along with the need to meet the market’s insatiable demand for introduction of new products, independent labs are able to provide a valuable service to manufacturers worldwide.

Jack Black is Business Development Manager of D.L.S. Electronic Systems and D.L.S. Conformity Assessment. He has over 20 years experience in the compliance industry and has published several articles in the area of compliance testing and programs. He can be reached at jblack@dlsemc.com or at www.dlsemc.com/1122. 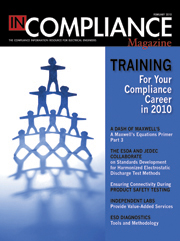