Induction: What it means to ESD

Can an uncharged, insulated conductor have a voltage of, say, 1000 V? Can a charged, insulated conductor have zero voltage? The answer common to both of these seemingly paradoxical questions is yes, if we’re dealing with the concept of induction. In this article, we’ll discuss induction in its two forms and examine a series of practical examples which point to the fact that induction is a subject relevant to and worthy of ESD investigation.

In the world of electricity we have two kinds of induction: electromagnetic induction and electrostatic induction.

Electromagnetic induction is the phenomenon that a time-varying magnetic field creates, or rather induces—an electromotive force expressed in Faraday’s law of induction as

where Φ is the magnetic flux through a surface and Ei is the electromotive force induced along a curve bordering the surface. Electromagnetic induction is the basis for all (or nearly all) electrical power production.

Electrostatic induction describes the static effect of an electric field on a conductor.

An insulated, uncharged conductor B is in the field from a positively charged insulator A (see Figure 1). The field from A will cause electrons in B to move to the side of B that faces A. These electrons make up the bound induced charge. This charge cannot be removed as long as B is in the field from A. The corresponding excess positive charge—the free induced charge—is located on the opposite side of B. But the total charge on B is still zero, as is the field inside B. The free induced charge (positive) creates an electric field outside of B, with the field lines eventually terminating on some grounded object. If this field is integrated from B to a ground point, we will get a positive figure, which, by definition, is the voltage of B. Thus we have an uncharged conductor with a positive voltage. 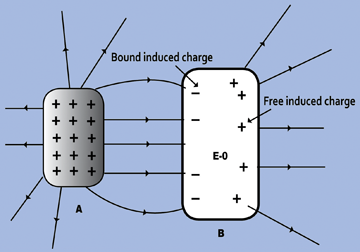 Figure 1: Insulated conductor in the field from a charged insulator.

In Figure 2 we have the same situation as in Figure 1, except that now the conductor is grounded. Consequently the voltage of B is zero. But because B still has the negative, bound induced charge, we have a negatively charged conductor with zero voltage. If the ground connection is broken, and B is moved away from the neighborhood of A (in an insulated way), B will still have its negative charge, giving B a negative voltage. We describe this process as B having been charged by induction. Let’s illustrate the first part of this scenario with a practical example. 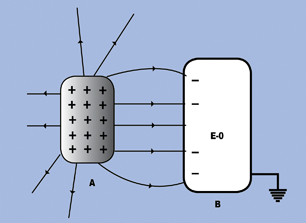 Figure 2: Grounded conductor in the field from a charged insulator

The field distribution suggested in Figure 3 is somewhat misleading. The major part of the electric flux (i.e., the number of field lines) from the operator will run from the undersides of the operator’s feet through the floor covering to a conductive, grounded layer. (Remembering that field lines have no problem penetrating insulating materials is important here to ensure induced charges and their effects are tracked.) Therefore, the situation shown in Figure 3 is that of an uncharged person being charged to a positive voltage just by virtue of being near a charged piece of material. 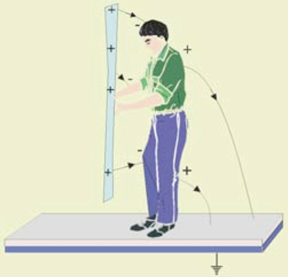 The question now is, why might this pose a greater risk (or nuisance) than just having the charged piece of material around in the absence of insulated conductors? The reason is as follows: any direct discharge in the field from the material’s surface will be a low energy-density discharge (corona or brush), which normally will have only minor harmful effects. But if the charged material binds by induction a charge of just 1 mC on the operator, the operator will carry about 5000 V and be able to dissipate an energy in his environment of about 2 mJ, or 10 times the minimum ignition energy for most mixtures of organic vapors with atmospheric air. Of course if the operator drops the material and just walks away, the operator is uncharged, has no voltage, and is considered to be safe. But if the operator accidentally gets grounded during the work, he loses the free charge and may walk away with an excess (negative) charge, carrying the risk for an energetic spark discharge.

A practical example of dangerous induction charging (Figure 4) is an operator pouring powder (resin) from a plastic-lined bag into a tank containing explosive vapors (acetone). The operator, who is not grounded, is uncharged during the entire operation. The resin charges the plastic lining of the bag, and the field from the bag induces a charge on the operator and gives him a voltage. When the operator accidentally touches the tank, a spark discharge occurs, resulting in an explosion that hurts the operator badly. 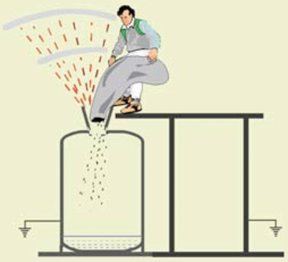 There are also many examples of electrostatic induction’s harmful effects in the electronics arena. A simple example is that of an ungrounded operator being near a piece of charged material of any kind. The operator will, by induction, be charged to a voltage (although the operator’s total charge may be zero), and if this person then touches a grounded component the resulting current pulse may destroy the component.

But let’s look at a somewhat more-complicated example (see Figure 5). Here we have a positively charged object—an insulator in this case (the field lines are not perpendicular to the surface). Near this object is an electronic component or device. The field from the charged object binds by induction a negative charge on an insulated, conductive part (a) of the component. The total charge on (a) is zero; thus, a positive charge numerically equal to the negative one resides on the other side of (a) and creates a field through the insulative, or rather, dielectric, layer, to the grounded part of the component (c). The critical part in this situation is the field through the dielectric. If this field is high enough, a breakdown happens. This is known as field-induced damage.

Figure 5: Field-induced damage where (a) is an insulated, conductive part of the component, (b) is an insulative (dielectric) layer, and (c) is a ground (conductive) part.

Among the ESD damage models, the field-induced model is still viewed with skepticism by some people in the electronics industry. They don’t believe that fields can induce high-enough voltages in components and circuits to cause breakdown. But with dielectric layers getting thinner and thinner, and, consequently, with field strengths at the edges of the conductive layers getting higher, breakdown does become more and more likely.

Hopefully I have demonstrated that although the concept of induction may look like a good target for an academic exercise, sometimes it also has practical and damaging consequences that make it an obvious topic of consideration for any ESD (or, at least, electrostatic) investigation. 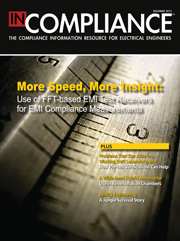