In 1997, an experiment at the Camp Blanding center for lightning testing [1] challenged the predominant view that ground rods are essentially resistive. What that experiment found was that the waveshapes of lightning currents in a building grounding system and those entering the electrical circuits of the building were considerably different. That was at odds with IEC 61312-1:1995 [2] assertions that they should be the same. The conclusion was that, for lightning, the ground rod had an impedance with a reactive component in addition to the resistive one.

So how do we take into account the impedance effects for lightning? Well, it turns out not to be so simple. Professor Leonid Grcev, who with his students has conducted extensive studies of grounds, has found that a simple modeling of a ground rod as an R-L-C circuit doesn’t give correct results, due to surge propagation effects which cause a deviation from the low frequency behavior during the fast-transient period. So the challenge is to determine what this deviation is.

The first thing to consider is the ground rod effective length leff, which is the maximum length of the ground electrode for which the impulse coefficient is equal to one. leff will be used later in the discussion of the IC (which is what we really want).

To calculate leff, Grcev [3] has developed the relation:

ρ = soil resistivity in ohm-m and T1 is the zero-to-peak rise time of the lightning current pulse. MIL‑HDBK‑419 Table 2.3 [6] shows a range for average soil resistivity of 1 to 500 ohm-m. CIGRE TB549 Table 3.5 [7] shows a range of front durations of 1.1 µsec for the average subsequent stroke to 18 µsec for the maximum first stroke. Considering those values, the ρT1 product could reasonably range from 1 to over 1000 ohm-m-µsec. We can use those values in equations (2) and (3) to make a plot of leff vs. ρT1, as shown in Figure 1. Both slower rise-time and higher soil resistivity lead to a longer effective ground-rod length. 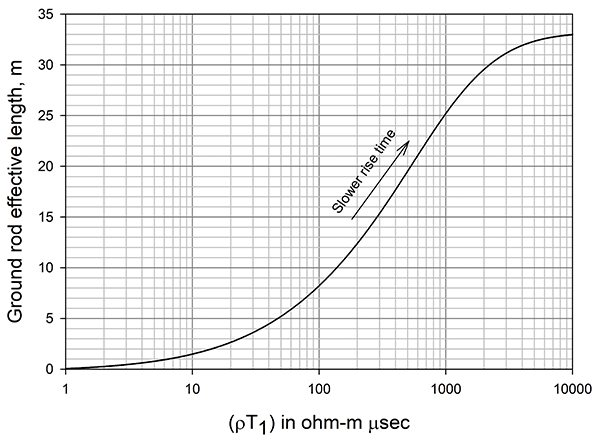 Figure 1: This figure shows the variation in the effective length of a ground rod with soil resistivity and the zero-to-peak time of the surge.

For A > 1, the ground rod has an effective series inductance in addition to its resistance. In this case, the peak voltage will be A times bigger than it would have been if the ground rod were purely resistive.

For A < 1, the ground rod has an effective parallel capacitance in addition to its resistance. In this case, the peak voltage will be A times lower than it would have been if the ground rod were purely resistive. 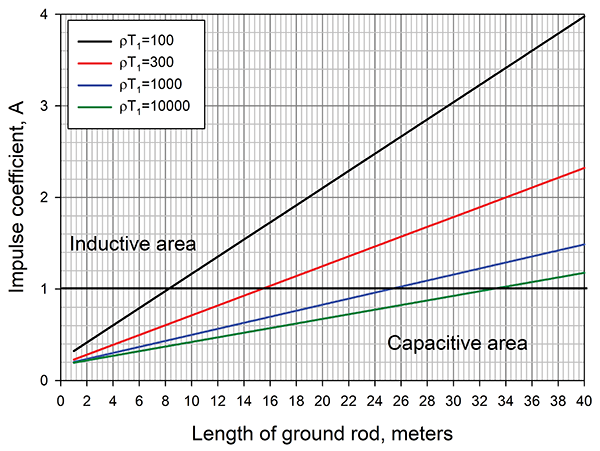 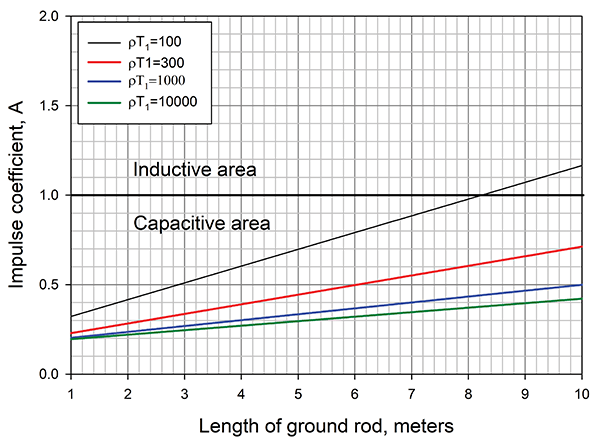 Current Flowing in the Ground Rod

The peak voltage developed across the ground rod is given by: 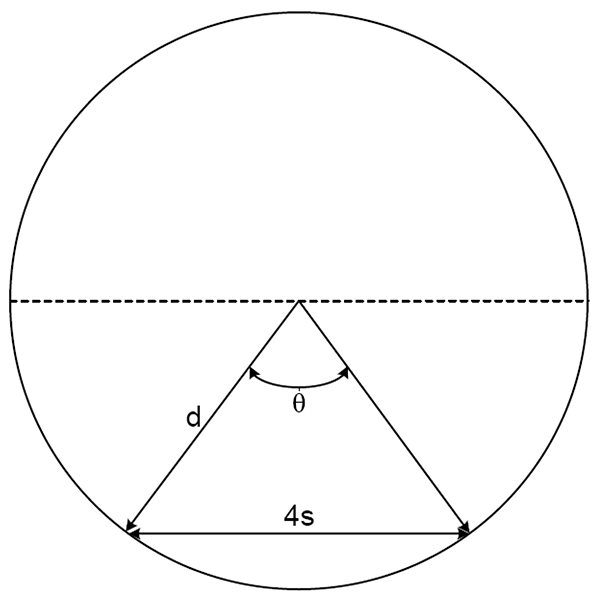 Figure 4: The effective capture area of the ground rod

The angle θ subtended by the ground rod is given by:

For case 1, if the arcsin is in degrees, then the fraction f1 of the lightning current Imax captured by the ground rod is:

For case 2, if the fraction f2 of the lightning current Imax captured by the ground rod is:

where a is the radius of the ground rod.

For these cases, Figure 5 shows how Vpeak changes due to a decrease in ground-rod current capture with increasing distance. 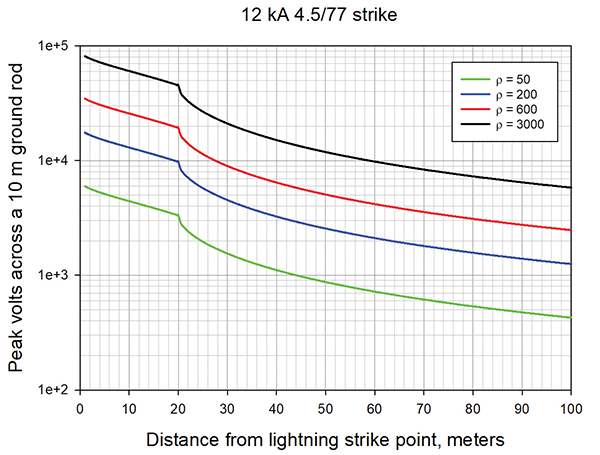 Applicability of the Peak Voltage Calculation

Now a word about the applicability of the foregoing analysis. In the region near the lightning strike point, the ground resistivity ρ is highly variable. In particular, soil breakdown can happen when the electric field overcomes the soil ionization gradient [8]. Soil ionization occurs when the electric fields at the ground electrode surface become greater than the ionization threshold of approximately 300 kV/m [9]. In this case, in the region surrounding the current striking point, local transverse discharges start from the lightning strike point and stop at the points where the electric field drops below the critical breakdown strength. An illustration of this point is shown in Figure 6.

The literature on lightning shows that the streaks in Figure 6 are places where the ground is ionized. A circle of radius r0 can be put around this area. The size of r0 is determined by both the magnitude of the lightning current and ρ. In Figure 6, r0 appears to be about 6 m, but that may or may not be typical. In any case, to avoid the area where ρ is highly variable, d should generally exceed 2r0. 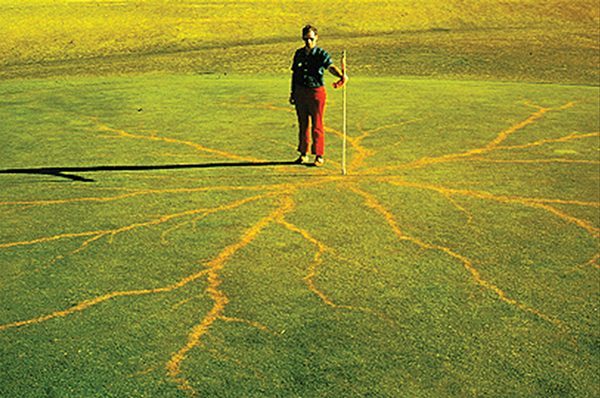 Figure 6: Extent of ionization from a lightning strike to the flag marking
the hole

With the foregoing discussions in mind, different lightning waveforms, different ρ, and different ground rod lengths will result in different peak voltages from those shown in Figure 5.