Ethernet solutions have been popular in industrial and computing applications for several decades but were not widely adopted in the automotive area. Automotive Ethernet enables fast and robust data communication, with high flexibility in bus topologies for multiple electronic control units (ECUs). This makes Ethernet technologies a potential candidate to provide high bandwidth, connectivity, and robust operation while accelerating the evolution of automotive networks from domain to zonal architecture.

In 2016, two standards, 100BASE-T1 and 1000BASE-T1, were drafted for the automotive industry. As of 2022 two additional standards, namely 10BASE-T1s and MGB-T1, are in development by the One Pair Ethernet Network (OPEN) Alliance committees. OPEN Alliance includes several technical committees for the standardization of Ethernet-based technologies in the automotive market. The Institute of Electrical and Electronic Engineers (IEEE) covers 100BASE-T1 and 1000BASE-T1 with the IEEE 802.3bw and IEEE 802.3bp standards. Both were adopted to serve specific automotive requirements, mostly related to electromagnetic compatibility (EMC).

Requirements on ESD Protection for 100BASE-T1 and 1000BASE-T1

The high flexibility of Ethernet connections is an advantage for automotive applications. It can be used in a star topology, that is, having a switch as a central point connected to several domains, e.g., ADAS, Infotainment, or other. It also works in a bus topology as has been used in traditional CAN and FlexRay applications.

A typical bus configuration can include multiple Ethernet nodes as shown in Figure 1, which shows advanced driver-assistance systems (ADAS) with sensors in the front and displays in the car interior. It is crucial to understand that the standardization of 100BASE-T1 and 1000BASE-T1 is based on an unshielded twisted pair (UTP) as shown in Figure 2. UTP cables are widely used in the automotive industry and therefore they are common, easy to use, and economic. However, they have some pitfalls, especially when looking at EMC behavior.

Figure 1: Typical configuration of Ethernet nodes in a modern vehicle

In a modern car, hundreds of meters of cable are connecting all the different electrical units – from a simple climate control unit to a very powerful generator. Those cables are typically put in bundles which increases the risk of electromagnetic interference (EMI) between them. Further investigations have shown that, in worst-case scenarios, EMI can lead to induced peak voltage amplitudes of up to 100 V in the UTP. Considering that this can happen during normal operation when stable data transfer is required, the Ethernet circuitry should be robust enough to withstand those EMC issues.

The circuitry of each node is shown as standardized by the OPEN Alliance (see Figure 3). It includes a common mode choke (CMC) which filters the unwanted common mode noise that couples in the UTP. Additionally, the common mode termination is helpful here. The properties of the CMC for 100BASE-T1 and 1000BASE-T1 are defined in the CMC Test Specifications for these standards1. In addition to its filtering and EMC properties, the CMC is also very helpful when it comes to ESD, which we’ll address in the next section.

Figure 3: Circuitry of the 100BASE-T1 and 1000BASE-T and the ESD performance of the ESD device

From the perspective of the ESD protection device, there are several very interesting points to consider. First, based on the possible electromagnetic noise on the UTP, the ESD device should not be activated in a voltage range of up to 100V. Speaking in ESD device parameters, the ESD device is allowed to trigger only above 100V, as shown in Figure 3 in the TLP graph. Such a high value may sound scary as most of the physical layer (PHY) for high-performance cameras and displays cannot sustain such high voltages. We will see later that this specific configuration of the circuitry (with the CMC) provides solid protection for the PHY.

The second requirement is the 15k V ESD robustness based on a minimum of 1000 discharges. This significant and unique requirement shows the importance of the robust operation of Ethernet-based applications in the automotive environment. All this, combined with the 24 V operation voltage similar to that found in CAN applications, results in a bouquet of special requirements shown in Table 1.

In addition to the requirements in Table 1, the ESD device has to withstand additional tests (see Table 2). These tests are usually done by the ESD vendors and can be provided to hardware design engineers.

The tests for 100BASSE-T1 and 1000BASE-T1 are basically the same but with different pass criteria. The first two tests clearly show the importance of signal integrity (SI) in automotive Ethernet applications. Here, the impact on SI from an ESD protection device should be tested in terms of insertion loss (IL), return loss (RL), and common mode rejection ratio (CMMR) (see Figure 4). For all three parameters, specific limits are given in the “Specification of the ESD protection for 100BASE-T1 and 1000BASE-T1.”  The ESD discharge current is new in the automotive domain, quantifying the current flowing into the PHY during the ESD event. RF clamping simulates the noise on the UTP covering the 100 V requirement. 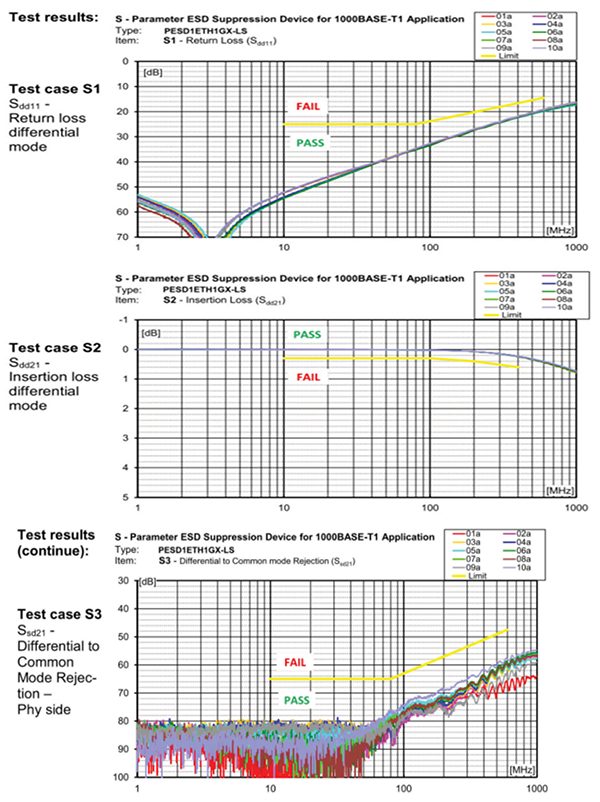 Figure 4: S-parameter results for an ESD protection device for 1000BASE-T1 including the limits in yellow

Placement, Routing, and Layout of the ESD Protection Devices

For a real Ethernet design, the performance of the pure ESD device is not the only important factor. Implementation of the ESD device on the PCB is vital. As already illustrated in Figure 3, the ESD device should be located at the connector. This ensures that the ESD pulse is clamped down to ground directly at the location of the connector, protecting the entire circuitry including the CMC, the CMT, and the PHY itself. Figure 5 shows visual proof of how important the placement is.

Figure 5: Field scan of the Ethernet circuitry during an ESD event. The red color highlights high current density. For the OA approach, having the ESD device close to the connector gives the lowest current density at the PHY location, and the entire circuitry provides the best ESD performance for the system.

Here it is crucial to understand that CMC is reducing the ESD stress for the PHY. This is explained when looking at the CMC behavior under pulsed conditions (see Figure 6). 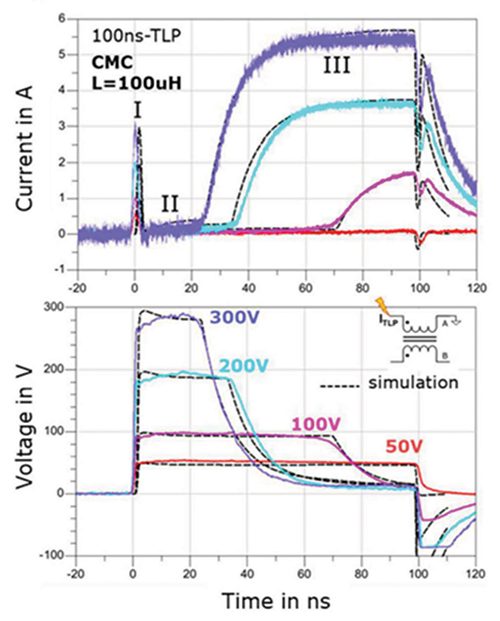 Figure 6: Current and voltage response of a typical CMC for 1000BT1 applications based on TLP measurements. Phase I represents a measuring artifact from TLP. Phase II shows the blocking behavior. Phase III shows the end of the blocking phase and the start of the saturation of the CMC.

Here the transmission line pulse (TLP) method is used to show that, when a transient pulse (e.g., ESD pulse) is heading to the CMC, it blocks the current for a specific period of time (phase II [the peak in phase I is a measurement artifact]). This blocking phase is dependent on the voltage level of the pulse. The higher the voltage, the shorter the blocking phase. The blocking phase is followed by a saturation phase (phase III). Here, the CMC is acting as an inductor that is driven into saturation by the pulse. Once saturated, it starts to conduct the current and the voltage across the CMC drops.

This is an interesting result, as it shows that when an ESD pulse is approaching the 100BASE-T1 or 1000BASE-T1 circuit, the CMC blocks the current for the first several nanoseconds. At the same time, the voltage across the ESD protection device is increasing. Once the trigger level is reached at roughly 140 V (see Figure 3), the ESD device clamps the ESD pulse to ground. The whole voltage on the circuit drops to the clamping voltage of the ESD device which is in the range of 30 to 40 V (see TLP plot in Figure 3).

This finding shows how the combination of a high trigger ESD protection device with a CMC is acting in synergy during ESD events. It should be noted that only CMC with an inductance in the range of ~100µH shows a sufficient blocking behavior, which is covered by the CMC specification anyway.

Typically, ESD protection devices are available in different packages. One that is widely used is the SOT23, a common and established automotive package. An alternative leadless package is the SOD882BD. There are several options for routing the differential lines to and from the package (see Figure 7), with the ranking given in Table 3. 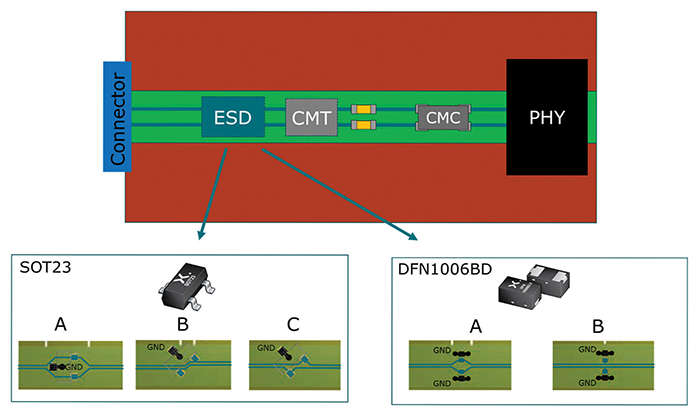 Table 3: Ranking of the different routing options with regard to ESD and SL

In general, when routing the ESD packages, it should be done straight, avoiding any stubs or bends. Especially for ESD, the traces of differential lines should go over the pad of the ESD device, as it is done for SOT23 [A] and [C] and DFN1006BD (SOD882BD) [A]. For SI purposes, stubs should be avoided and in addition impedance of the differential lines needs to be kept at 100Ω. This can be achieved by keeping the line separated. For SOT23 the best option would be the B and C, and for DFN1006BD it would be option A. So overall, for SOT23 we recommend using option C, and for DFN1006BD option A.

As a rule, try to avoid unnecessary layer changes to achieve the best signal integrity. This will always have an impact on the SI and EMC. If changing the layer cannot be avoided, route the signal over the pad of the ESD device (see Figure 8, left and right). Avoid routing via stubs (see Figure 8, middle).

It should be mentioned that 10BASE-T1S is an additional standard that is currently in discussion within the OPEN Alliance committees. Since the entire topology of this protocol including UTP and CMC is very similar to 1000BASE-T1 and 1000BASE-T1, the requirements for the high trigger voltage are expected to be the same.