There have been inherent problems with audio frequency conducted susceptibility tests since their inception. These are: ensuring that the injected signal drops across the test sample; monitoring the signal that is developed across the test sample, both from the point-of-view of isolating the instrumentation so it doesn’t ground the input power return and, more problematically, monitoring injected ripple riding on an ac bus potential. These issues are resolved using a novel but inexpensive transducer described herein.

Requirements for equipment to operate compatibly with various levels of ac ripple imposed on primary power inputs (both ac and dc) have existed in US military standards since the 1950s, and in commercial avionics requirements, such as RTCA/DO-160, since at least the 1960s. The basic set-up for this testing is either that in Figure 1, or something very similar.

The bottom line here is that it is critical to monitor the ripple across the test sample input; monitoring at the injection point is insufficient.

Given that the return line is generally above ground, the monitoring device, traditionally an oscilloscope, cannot artificially ground it via the oscilloscope probe ground connection. That is why Figure 1 floats the oscilloscope via an isolation transformer. In modern set-ups, with the monitoring device often connected to computer automation, this floating set-up is complicated by the interface with the automation. Better approaches are inherently floated oscilloscopes, such as those offered by Fluke and Tektronix that are “wall-wart” powered, with optically isolated computer interfaces and thus completely isolated from safety ground.

Finally, when the test sample is powered from an ac bus, it is quite difficult to monitor the injected ripple riding on the ac power waveform due to the large ratio of potential involved. The maximum ripple limit is 6.3 Vrms in MIL-STD-461 CS101, and that is riding on 115 Vrms. A still shot of the injected ripple at 800 Hz riding on a 400 Hz bus is shown in Figure 2. In the digital edition of this issue, the picture is a video and the difficulty in measuring the audio ripple is more obvious. 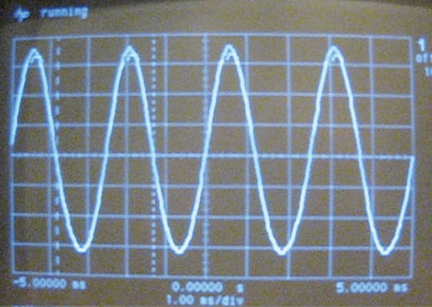 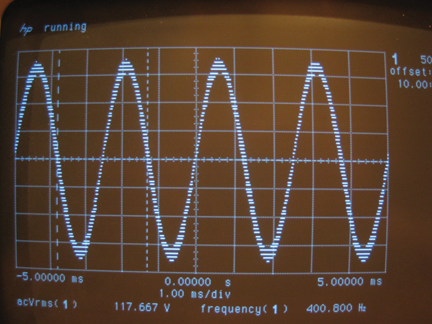 With the loss of the phase shift network, the ability to monitor injected potentials at frequencies below that of the ac power waveform was likewise lost. The lower frequency modulation appears as a rolling change in amplitude that is impossible to gauge because its full value appears only across many cycles of the ac power waveform. So in 1993, MIL-STD-461D (and all subsequent revisions) began the CS101 limit for ac-powered equipment at twice the line frequency, omitting the formerly required spectrum down to 30 Hz.

A useful but expensive approach is to use a dynamic signal analyzer (DSA) to view injected ripple in the frequency domain, allowing separation from the power frequency component. A DSA is an oscilloscope (1 Megohm input resistance) with a built-in fast Fourier transform (FFT) capability (see Figure 3). With this technique, the ac bus potential has to be attenuated, but the attenuation factor is 3 or 4, and that allows plenty of dynamic range to see the injected ripple potential. Two downsides are the cost ($10,000 – $20,000) and the fact that these devices operate to around 100 kHz, requiring a different technique to cover 100-150 kHz. This latter isn’t a technical problem, but it does complicate and lengthen the test. 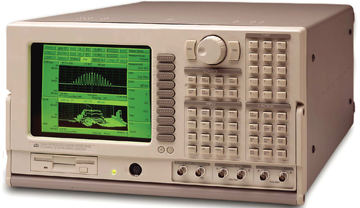 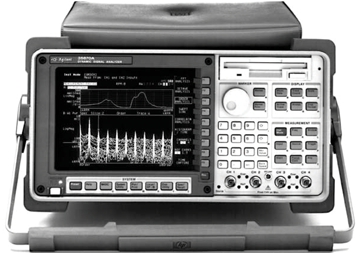 The author tried another technique using a distortion analyzer. The concept was to zero out the power waveform without any injected ripple, and then anything that would show up when ripple was injected would be the desired quantity to be measured. In practice, not enough of the power frequency waveform could be nulled out to enable reading the injected ripple accurately.

The Figure 4 power-line ripple detector (PRD) network was developed by and for the EMC Compliance test facility as a CS101 test aid to overcome the problems described above. The PRD is an interface between the power bus and a low-level analyzer/receiver input, so the same analyzer/receiver presently used for CE101 testing can now also be used for CS101 and RTCA/DO-160 section 18 testing as well. Figure 4 shows inputs for connections across the test sample power input and the power output (LISNs), a bnc connection to the spectrum analyzer/receiver, and two switches to control which input is monitored and the frequency response of the transducer. 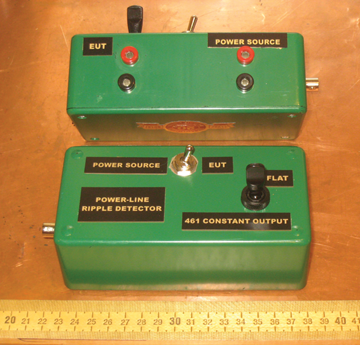 The Figure 4 test aid will soon be available as a commercial piece of test equipment. The price of the PRD transducer is expected to be less than 10% that of a high-end dynamic signal analyzer instrument.

Figure 5 shows the PRD connected across the test sample (light bulb on power strip) power input, across the power output (LISNs) and with its bnc output connected to a 50 Ohm input spectrum analyzer or EMI receiver (not shown). 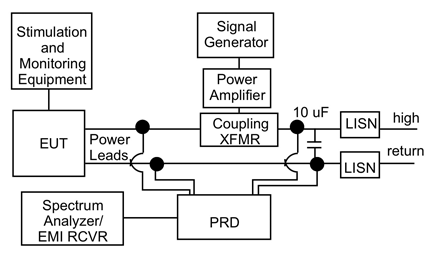 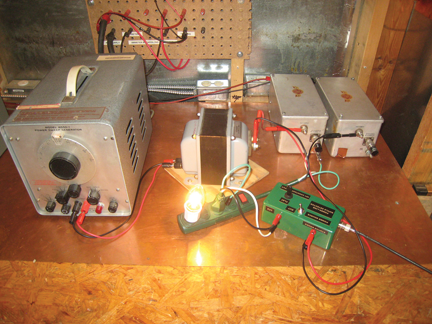 The PRD is a passive signal conditioner that acts as an attenuator, impedance match, and isolator. The latter property allows the spectrum analyzer/EMI receiver to operate with safety ground intact, while maintaining the isolation of the test sample power return above ground. Attenuation can be either frequency independent, nominally 66 dB1, individually calibrated, or, at the flip of the right-hand switch (Figure 4), the attenuation above 5 kHz rolls off at 20 dB/decade to match the slope of the MIL-STD-461D/E/F CS101 limit. With this switch position selection, the output of the PRD into the spectrum analyzer/EMI receiver is independent of frequency across the entire CS101 test frequency range at a nominal 70 dBuV, or 3 mV. This allows for very easy testing, even in manual mode, with a cursor or threshold set at the 70 dBuV target.

If that level is enough that, added to the ripple across the test sample the sum meets the required limit, then action must be taken to reduce the power source impedance so that the missing ripple potential moves from the power source to the test sample power input. Test methods CS101, RTCA/DO-160 Section 18, and similar should require this as a matter of course. Absent this requirement, the test is not well-controlled and repeatable.

In order to interpret Figure 6, the transducer factor of 66 dB must be added to the signal levels shown. The 400 Hz power waveform, thus adjusted, represents (95 dBuV + 66 dB = 161 dBuV) 112 volts, and the 800 Hz ripple at 70.4 dBuV is 136.4 dBuV, right at the limit. Comparison of the Figure 6 frequency domain sweep to the ripple superimposed on the ac bus potential in Figure 2 should say everything that needs to be said if the reader has performed this test before and can envision trying to assess the ripple modulating the peaks of the ac power waveform. For those lacking the experience, the video in the digital edition is instructive. 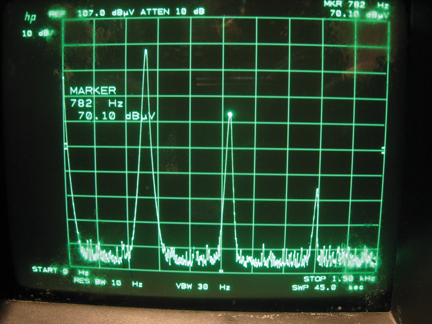 The ability to measure ripple injected below the power bus frequency is demonstrated by comparing Figures 7 and 8. Again, Figure 8 in the digital edition is a video clip of the low frequency modulation rolling through the 400 Hz waveform. Careful inspection of the snapshot picture reveals that the amplitude is changing from cycle to cycle; the envelope is on the right. 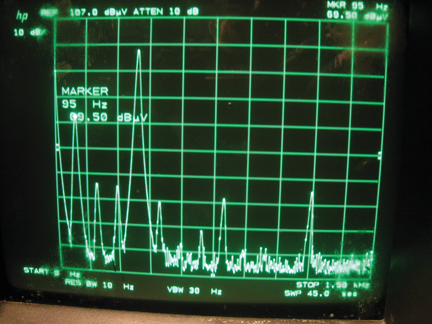 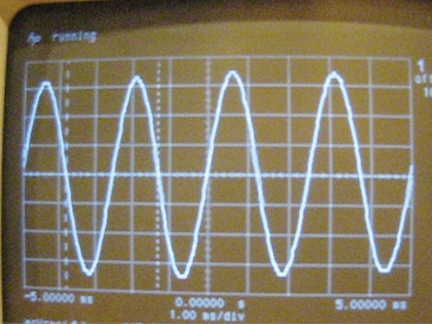 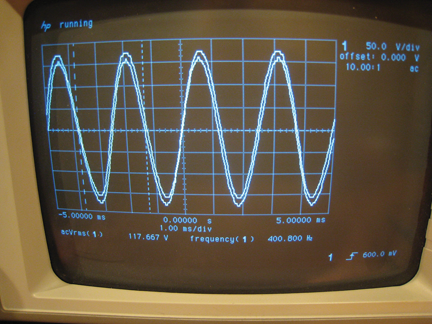 Absent the proscribed phase shift network, injected 100 Hz ripple on a 400 Hz bus is at best difficult to measure in the time domain because the modulation peaks are separated across many cycles of the ac bus. However, when using the PRD to facilitate a frequency domain measurement, measuring below the power bus frequency is no different than measuring above it.

Injection below the power frequency would be an added benefit for MIL-STD-461G, recovering the spectrum lost since 1993, but injecting ripple below the power frequency is already required in MIL-HDBK-704-2 through -6 (400 cycle, wild frequency and 60 Hz buses). Adoption of the use of the PRD’s functionality could thus enhance MIL-STD-461, and service existing test methods in MIL-HDBK-704.

Figure 9 shows 6.3 Vrms ripple at 1 kHz using a sweep from 300 Hz to 1.3 kHz. The power frequency and second and third harmonics are visible in addition to the injected ripple. If the span is modified to be centered on the ripple frequency, and just wide enough to display the injected waveform, as in Figure 10, then the same test automation routine that is used with MIL-STD-461 requirement CS114, or RTCA/DO-160 section 20 conducted rf susceptibility, may be applied when automating audio frequency ripple injection. The routine commands both signal source and spectrum analyzer/EMI receiver to the desired frequency, with a specified and fixed span for the analyzer/receiver. With only the injected frequency visible, the analyzer/receiver “marker-to-peak” function is invoked, and then the leveling feedback loop adjusts until the marker is at the desired level. This is how existing automation for rf conducted susceptibility testing is made available for audio frequency conducted susceptibility testing via use of the PRD. 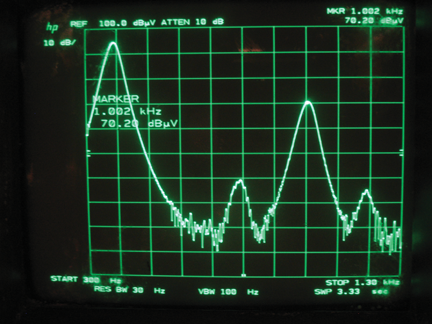 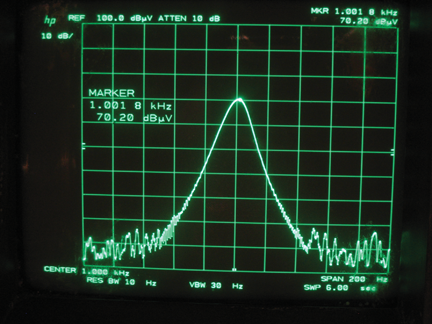 For the record, the PRD’s function allowing frequency domain viewing of injected ripple isn’t necessary for dc-powered test samples. The device works just as well on a dc as an ac bus and, by providing isolation, removes the need for an isolation transformer on the monitoring device. While the PRD isn’t necessary to monitor audio ripple injected on a dc bus, the fact that it can be used simplifies testing in that the set-up, software, and bookkeeping is identical between ac and dc-powered test samples.

An inexpensive transducer (PRD) that solves several long-standing issues with audio frequency conducted susceptibility testing has been developed at the EMC Compliance test facility. The PRD facilitates the use of a spectrum analyzer/EMI receiver to monitor injected audio frequency ripple. By separating the injected ripple from the power waveform, the PRD allows accurate and very simple monitoring of the injected waveform, something that has been difficult or extremely expensive to do until now. The PRD inherently provides isolation, so the analyzer/receiver need not be transformer isolated. The PRD also provides a quick check to see if excess ripple is dropped across the power output if not enough is measured across the test sample power input.