Engineering a New China Reality: My Dinner (With The) Party

Moutai (pronounced “mao tye”) is made from sorghum, a grass kin to sugar cane. Fermenting and distilling the grain produces a clear liquid drink that is lovingly referred to as “jet fuel” by our Taiwanese colleagues. The customary Chinese dinner—banquet or casual dining with friends—often makes use of the super-proof alcoholic beverage (also referred to as baijiu—“bye-joe”) to toast friendship, business, cooperation or the arrival of a new dish to the table. Gan bei and welcome the ma pu tofu. Cheers to the soybean curd! 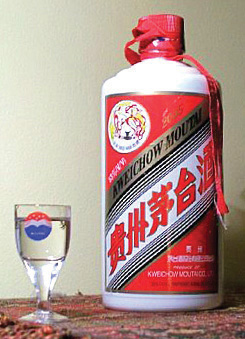 A while back—really not too long ago although some details are—we had the occasion to dine with one of our long-time colleagues from Beijing. Checking in with Peter (Guo Fu) is always enlightening and it’s a chance to see how things are developing in China in general and learn something about Socialist/Communist philosophical evolution in particular. The summer evening dinner proved to be as informative as ever, the sharing lubricated by three bottles of “JP-4” and copious amounts of convivial conversation. Peter is a mid-level government worker in one of the many departments that work with trade and investment. He’s a pentagenarian, like me, and has enjoyed brief stints in the private sector, having lived in California and Australia. Currently, he is firmly ensconced in the Chinese bureaucracy.

Peter is also a member of The Party, as any good and aspiring “public sector” employee should be. “Membership is not mandatory, but if you want to rise in the government, you have to join.” On some level, it’s like joining the union, but with ideological CEUs required. Thus we arrived in the middle of Peter’s continuing education program, wherein he was TDY’d to summer-school socialist refresher classes, a ten week series of lectures and study deigned to boost the market and social thinking of the government workforce.

“Come by and join my dinner.” Peter said on the phone. “Several of my classmates will be there. They will like to meet an American.” With no qualms about being the token Western guy, it sounded like a blast.

Jerry (our man in Shenzhen) and I arrived after everyone was seated at a round table in a private room of the Sichuan restaurant somewhere west of the city (most restaurants in China have private rooms and they are oft availed). The lazy Susan in the center of the table was ringed with small appetizer dishes: some cold meats, salted peanuts, picked vegetables.

Seating hierarchy at a Chinese dinner is exact and non-Arthurian. With no “head” of the table, the place furthest from the door is usually reserved for the host. To the right of the host sits the guest of the dinner and the left is often the host’s lieutenant or “aide de camp”. (At State banquets, translators often sit behind the host and honored guest.)

Peter ordered off the large menu. Experienced China travellers know that the plates come fast and furious at these meals and it is not long until the center of the table is covered with various edibles, some familiar to an American palate, many not. I usually keep my distance from the nubby brown sea cucumber, although Jerry insists that they are delicious, low in cholesterol and good for old people because they are easy to chew. I’ll wait until my other options run out.

Peter went around the table and introduced his classmates: Madame Zhu, a member of the Party Congress; Mr. Zhang, Professor of Ethnic Studies; Madame Jiang, with the Government of Changsha; Mr. Tsai, Foreign Investment Office Director and a taciturn Mr. Gao, with the Government Security Office. Peter laughingly referred to Mr. Gao as being with “the China CIA”. He probably wasn’t joking.

It wasn’t long until the moutai was proffered and poured. Toasting protocols are also fairly well-established at banquets, with the initial toast coming from the host and directed at the guest of honor. It is then customary for the guest of honor to toast the host. Then, the second in command toasts the host, followed by a general gan bei from anyone at the table, then individual person-to-person toasts erupt spontaneously around the table, with the toaster rising and walking around the table to the toastee who rises to greet and gan bei. Being the guest of honor one finds the hospitality to be quite, uh, lavish. It is in these situations that I am thankful for my Irish heritage and constitution.

The first conversations were light and easy. Mr. Tsai, with the Foreign Investment Office has a daughter that works on Wall Street. “Yes, she is an investment banker. She is married to an American and has two young daughters.” Do you visit her? “Oh, yes, many times. They have a nice apartment in Manhattan.” He added, somewhat wistfully, “and she will probably never live in China.”

Mr. Zhang, to Tsai’s left, was fervent about his field of study: “There are over 30 minority groups in China and great diversity. We work to help the indigenous people improve their lives.” There is no suppression? “Well, of course, we have our problems, but China is a big country and it is very complicated.”

The second bottle of moutai emerged from under the table from the vicinity of Mr. Gao’s seat. The gan bei scramble continued, unabated.

I asked Mr. Tsai about Africa: what is China’s strategy in Africa? “Africa? Oh, maybe we have built a highway there. Hah hah hah.” Not too forthcoming.

Peter, what are you studying in class this summer? “It is a program for mid-level government workers. We study politics, economics, society, trade and management models. It is important that we continue the development of socialism.”

“No.” Peter said emphatically. “However, we do know now that the old ways didn’t work and that is why Deng Xiao Ping changed the system. We discovered that, in order to make the Socialist the best it can be, we need to use market economics to increase our wealth and build a great Socialist society and culture.” The irony hung in the air.

“Mike, what do you think culture is?” the dour Mr. Gao asked through Peter.

Peter then asked me: “What do you think of Car Max?” (Now, not all things translate well and misunderstandings can occur,
especially after the moutai starts to seep deeply. You see, I had recently purchased a used car for my son and found that the secondary market automotive dealer “Car Max” offered a low-hassle experience. I immediately thought that the car dealer had franchised in China.)

I let the non sequitor pass and mumbled a reply, being Keynesian by nature and nurture.

As the third bottle of moutai made its final round, I asked the group: What are your generation’s biggest challenges, given the tremendous transformation that China has undergone?

A slight pause and Mr. Tsai said, solemnly: “We are concerned that our children won’t want to learn Marxism.” A fiftyish crowd, worrying about traditional values being passed to the next generation. Sounds familiar.

Recovering the next day with Bob A, a Persian-American working in Shanghai for a large testing and inspection firm, I relayed some of the previous night’s dinner conversation. We sat outside at a coffee bar in the British concession area in Shanghai.

“Socialism is eroding here. It’s unsustainable. Look around us. It’s OUR culture that is being absorbed and it’s forcing social re-engineering on a grand scale.” He took a sip from his Starbucks cup. “And we’re exporting more than our culture.” He put the cup down, hard and it rattled on the saucer. “The rate of manufacturing here and the cycles of innovation that go along with it are quickly improving Chinese engineering capabilities. The US needs to keep up with the innovation by bringing back manufacturing.”

That’s a subject everyone can agree on. Maybe it’s back to school for all of us. ◊

Post Script. Peter wrote me later to say that the dinner became the subject of a paper that they presented in their Socialism class. He promises me a copy, “but it will be in Chinese.” I should like to read it. 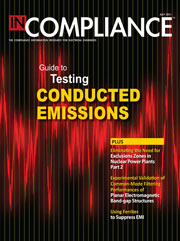