“Energy Hazard” – A History and Analysis

Bob Lundin, through Al Brazauski, was able to find the origins of the so-called “energy” hazard in UL 478. Here is a review of the origins.

The material dates back to a manufacturer’s (identity withheld) Corporate Standard for Product Safety, dated February 1962. Within this standard is a section titled “Effects of Electrical Current on the Human Body.” Within this section, the following appears:

“Burn Hazards. Circuits with sufficient energy to cause arcing when short-circuited can be a potential burn hazard or a source of ignition. High energy discharges can cause an intense arc with erosion and splattering of the metal at the point of contact.

“The amount of energy required to create a hazard of this type is a function of the type of metal, its shape, its heat sink mass, and the way contact is made. Since so many factors are involved, it is not practical to establish a specific energy level that defines this level. However, any circuit capable of supplying 240 volt-amperes without operating overcurrent devices should be considered a potential burn hazard.”

In the “Electrical Design” section of the standard, we find:

“Customer access areas must not have exposed… potentials below 30 volts that can supply more than 240 volt-amperes.”

“Burn Hazard -Where high current is available at potentials down to about 2 volts, enough energy is present to melt and splatter metal from neck chains, eye-glass frames, watchbands, bracelets, rings, and other personal metal objects unintentionally put across hot bus or between such a bus and ground by operators or servicemen, thereby giving rise to severe burn hazard. One of the industry representatives reported that his company reduces this hazard by limiting the apparent power available to 240 volt-amperes and the available energy to 10 joules.”

Elsewhere in the same document, we find:

“Energy Hazard – An energy hazard is considered to exist at any exposed live part of a piece of equipment if, between the exposed live part and an adjacent exposed live or dead metal part of different polarity, there exists a potential of 2 volts or more and either an available continuous power level of 240 volt-amperes (or more) or a reactive energy level of 10 joules (or more ).”

There are several questions here:

I thought that I would verify the theses on which the “energy hazard” is based:

At potentials between 2 volts and 30 volts rms, volt-ampere levels greater than 240 can cause metals to splatter.

In order to melt anything, we’ve gotta have heat. Electrically-caused heat comes from dissipation of power. A zero-impedance short-circuit cannot dissipate any power in the short. So, the only way of getting power dissipation is in the arc. In this case, power is defined as the product of volts and amps in the arc.

So, I got out my trusty 200 watt, 10 Ampere power supply, connected a 7200 µF, 75 volt capacitor across the output (to get instantaneous volt-amperes greater than 240), connected a storage scope with DC-to-50 mHz current probe in series, and voltage probe across a couple of tinned copper wires. I wanted to measure the voltage and current during the time of arcing between the two copper wires as they were shorted together. With these two parameters, I can calculate power in watts.

Somewhere in the literature, I have read that air does not break down at less than about 300 volts peak. This hypothesis is supported by Table AII of IEC Publication 664. I’m sure this is difficult to measure as the distances involved are in the neighborhood of 0.01 millimeter! That’s 0.0002 inch!

So, I started with 2 volts. By golly, there was a very small arc. Pretty tiny, but it was there. And the current was a whopping 25 amps! (I tried the same experiment without the capaci­tor, and found the same arc, but the current was only about 12 to 15 amps.) So, we have two arcs at 2 volts, one at 12 to 15 amps, and the other at 25 amps. This does not square with either the breakdown voltage of air, nor with the current-carrying capacity of air. And, the arcing occurred in the first 1 millisecond of bringing the conductors together. Very short time.

I checked at 5, 10, 15, 20, 25, 30, 35, and 40 volts. The arc was brighter with every increase in voltage. The current went up to a whopping 40 to 60 amps! The time for things to settle down to steady state increased from less than 1 millisecond to about 20 milliseconds. The erosion of metal also increased with increased voltage.

I repeated the tests without the capacitor. About the same results, except the arc was noticeably less bright. The current was about 1/3 of that with the capacitor.

I put my finger and the back of my hand next to the arc. It was obvious that some material was being emitted from the shorting process. I could feel something blowing on my finger, but I could not feel anything on the back of my hand. There was no sensation of heat or burning, even with my finger in the flame of the arc.

I was holding the wire during the arc, about 1/4 inch from the end. Shortly after a 25 volt or greater arc, say 1 to 5 seconds, I could feel the wire get hot. And then it immediately cooled. But, if I left it shorted, it did not get hot.

The wires tended to stick together, indicating some degree of melting and “welding” of the wires. A close inspection of the wires readily proved melting of the metals.

I repeated the short using a gold chain necklace. About the same results insofar as the arc, except there were two arcs, one at each of the two places where the chain made contact with the wires. But, between the two points of contact, the chain became uncomfortably hot.

Okay. Those are the facts from the experimentation. Now, let’s develop some hypotheses – explanations – that fit the facts.

Some of the facts strongly suggest a virtual short circuit, where the current was limited only by the impedance and charge of the source.

If the voltage is virtually zero, then power, if E x I, must be virtually zero. But, this is not the case because the conductors tend to stick together after shorting. If they stick together then the metal must be melting (which is confirmed by the marks left on each wire). If the metal is melting, then it must be heated by the electrical energy. If the voltage is virtually zero, then power must be dissipated by the I x I x R version of the power of the equation rather than the E x I version. But, the brighter arc as a function of voltage indicates that the arc is indeed E x I.

The oscilloscope display is difficult to interpret. We see both short-circuit and variable E and I displays in a 1 to 10 millisecond window with duration increasing with voltage. Thereafter, we have a stable short-circuit.

About the only hypothesis that fits all the facts is that BOTH kinds of power dissipation are occurring, E x I and I x I x R. And, it is not air that is the conducting medium, but metal.

At the instant of contact, we have a metal-to-metal contact of very small cross-sectional area. Because of the very small cross-sectional area, there is high contact resistance, and we have I x I x R power dissipation. This heating causes the metal in the region of the high current to melt. The electromotive force of the high current causes the small amount of molten material to move away from the point of contact. As the metal moves away, an arc occurs; characterized by E x I power dissipation. Because the electrodes are moving, both by external forces (my hand) and by electromotive forces, the process tends to repeat until a large contact area is achieved.

Such a hypothesis explains all the reported facts:

The increase in brightness of the arc with both current and voltage; the heating of the wire in the vicinity of the arc; the sensation of emitted material, the arcing at less than 300 volts, the melting and erosion of the metal on the electrodes.

Without further investigation and experimentation, this hypothesis explains the reported facts, but does not confirm a hazard, burns from splattered metal, severe enough to warrant a 240 watt (not volt-ampere) limit. It is difficult to convert the electrical energy to sufficient thermal energy to actually cause burns with the very small amount of molten metal produced and with the very small distance the metal travels.

The 2 volt limit seems appropriate, as the E x I power at 2 volts barely results in an arc.

Interestingly, there is a more severe hazard which shows up in this experimentation, but is not controlled by this requirement or any other requirement: I x I x R heating in the necklace chain (and in a ring or watchband). This heating occurs quite quickly, and can cause burns at currents as low as 6 to 8 amperes. This is because of the square function of I in the power equation.

With the first definition, how can “energy” be hazardous? That is, what is the harm or injury that arises from energy?

Thus, whether or not electrical energy is hazardous depends on the time period during which the energy is expended. Note that this is true for mechanical energy.

The energy involved in my experiments can be calculated:

For the worst-case arc, I had the following:

If we store electrical energy in a capacitor, and if we assume that the energy will be dissipated in a short-circuit, and that the hazard is that of burns which will arise from the splattering of molten metal, then we can specify a maximum energy (in joules) AND VOLTAGE to produce an acceptable level of splattered molten metal. Remember that we must have a voltage exceeding 2 volts to produce any significant arc.

The energy stored in a capacitor is

For the capacitor I used,

Second, volt-amperes is not a measure of either power or energy as stated and implied in the various standards. I deplore the fact that graduate and experienced engineers continue to promulgate this requirement with such obvious misstatements.

Third, while energy is involved in the splattering of molten metal, the principal parameter is that of power, namely joules per second. Consider that the energy stored in a capacitor can only be released as a function of time, the worst case being a short-circuit. The power dissipated in the arc causes the splattering of metal and any consequent burns. For a capacitor, it may be convenient to specify joules, but for continuously energized circuit, the proper parameter is power.

Fifth, every safety requirement should be verifiable as to its effectiveness in controlling a situation to a non-hazardous level. I would challenge you to repeat this experiment and convince yourself as the viability of the so-called “energy hazard” requirement. 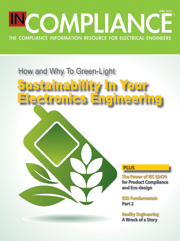