EMC Units in Measurements and Testing

This article reviews the decibel units used in EMC laboratory measurements and testing. We begin by defining a decibel (dB) unit and proceed to the EMC specific units for voltage, current, power, and impedance measurements. The relationships between the units are derived when appropriate. The applicability of the dB units discussed in this paper is shown in specific EMC measurements or specifications.

In mathematics, base 10 logarithm of a positive number A is defined as log10A. The resulting number is negative, zero, or positive according to

The only requirement in mathematics for this operation to be defined is that the number A is a positive number. There is no other implicit assumption about this number.

In engineering, especially in EMC, we use a unit of decibel (dB) which is related to the base 10 logarithm and defined as

when A represents power ratios, or

when A represents voltage and/or current ratios. In the following section we will discuss the difference between these two definitions.

Note the very important aspect of a number A when expressed in dB: it is always a ratio of two quantities, not just a positive number.

What if this ratio is negative? In this case we treat the negative quantity as a complex quantity with a positive magnitude and a phase of 180°,

and simply consider the magnitude only.

Consider the circuit shown in Figure 1 [1]. A sinusoidal source consisting of an open-circuit rms voltage VS and source resistance RS delivers a signal to an amplifier whose load is represented by RL.

The input power to the amplifier is

while power delivered to the load is

The power gain in dB, PGdB, is defined as

The voltage and current gains in dB, VGdB, and IGdB, respectively, are defined as

Note that if the input resistance to the amplifier equals the load resistance, RL = RIN (which is often the case in practice) then the power gain in dB is the same as the voltage (or current) gain in dB.

Often the electric and magnetic field intensities, as well as the impedance, are also expressed with respect to a base quantity, as shown in Table 2.

The FCC Class B radiated emissions limits are specified in dBµV/m and are shown in Figure 2 [2]. 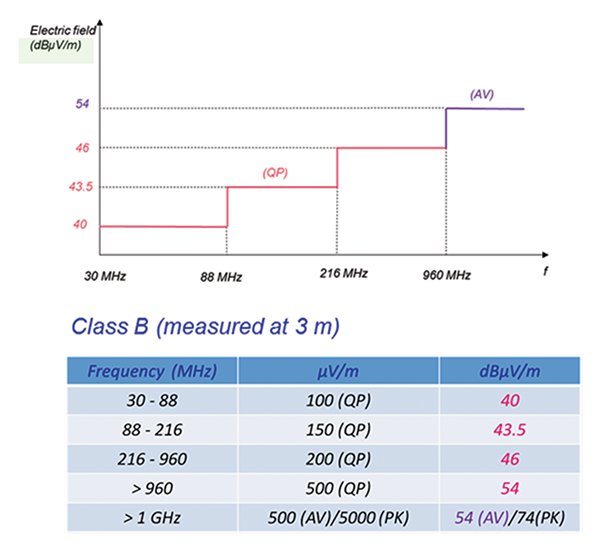 Figure 3 shows an example of the radiated emission measurement. 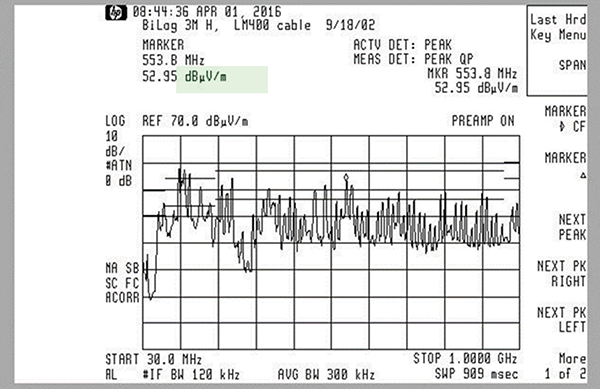 FCC and CISPR 22 Class B conducted emission limits are specified in dBµV and are shown in Figure 4. 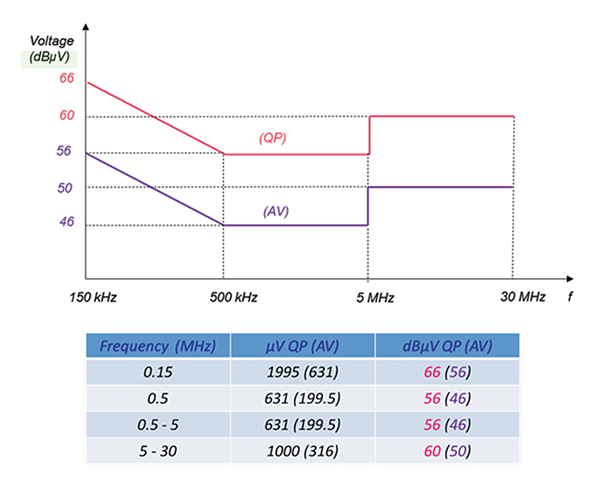 Figures 5 shows the conducted emissions measurements on the neutral line in the regulatory frequency range. 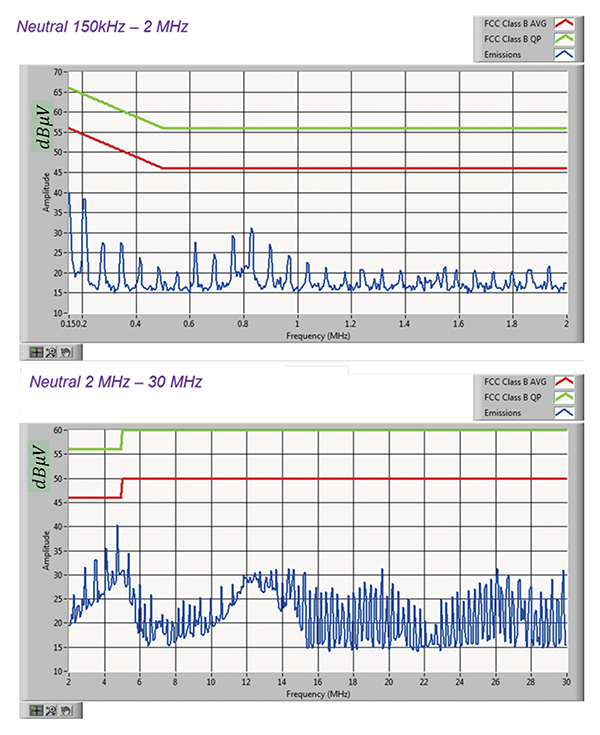 As an example of dB µA units we present the CISPR 25 limits for conducted emissions – current probe method. This is shown in Figure 6.

Note that for Class 5 devices the limit in the FM band (and other places in the table) is negative. How can a magnitude limit be negative? At first, this does not seem right until we look at the units of measurements: dBµA. The negative limit simply means that the measured value (which is positive) must be smaller than 1µA. 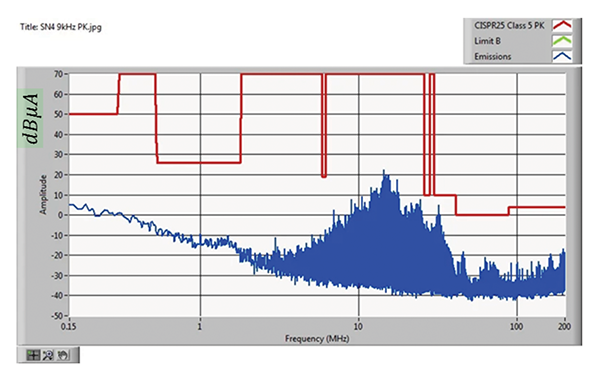 One of the most common measurement units expressed in decibels is dBm. Many spectrum analyzers display voltage amplitudes both in dBµV and in dBm, even though dBm is a unit of power. The two units are related by the impedance of the measuring equipment, namely 50 Ω.

To illustrate this relationship we used the measurement setup shown in Figure 8. 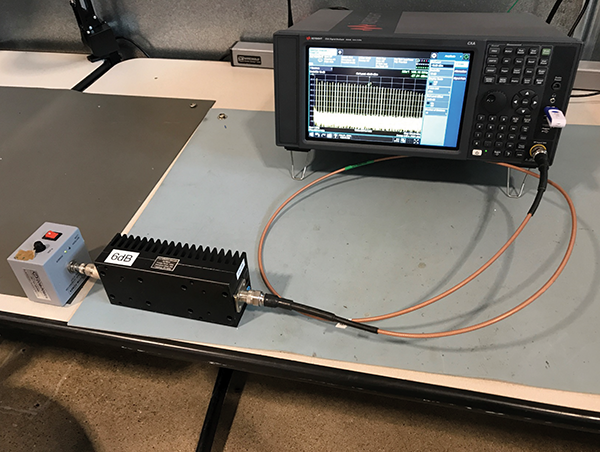 Figure 8: Measurement setup to illustrate the relationship between dBm and dBµV

In this measurement setup we simply connected a comb generator through an attenuator to a signal analyzer and change the units from dBµV to dBm. Figure 9 shows the measurement result in dBµV while Figure 10 shows the same measurement in dBm. 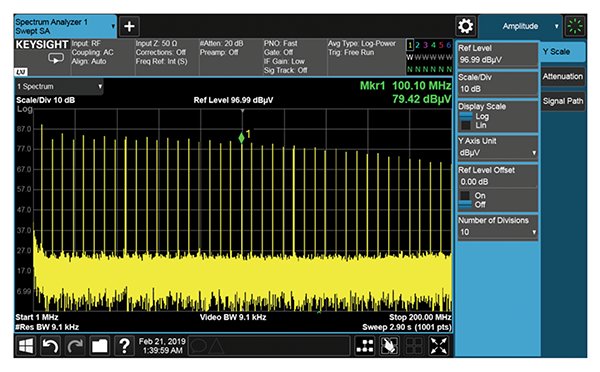 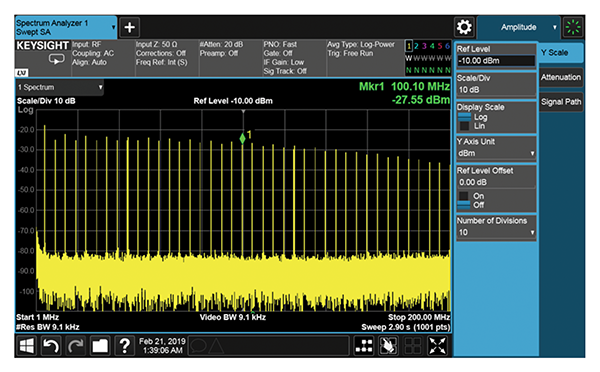 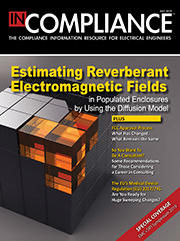