Electromagnetic Analysis of Cable Harnesses in an Automotive Environment

This article shows how electromagnetic simulation tools can be used to investigate effects of high-speed signals in cable harnesses in a vehicle: cross talk, radiation and interference with a receiving antenna. Results are presented for two types of digital sequences and compared with standards. Cable shielding is designed to be adequate without adding unnecessary weight.

Vehicles are experiencing a continual growth in the number of electronic systems (e.g. cruise control, airbag deployment, power steering, “infotainment”, etc.). These systems and their respective components are usually governed by digital logic on printed circuit boards. Signals are communicated through cables, which are bundled in complicated harnesses throughout the vehicle. Figure 1 illustrates only one of several harnesses that can easily contain more than a hundred cable instances and fifty connectors. Consequently, cross talk and electromagnetic compatibility (EMC) are major concerns. 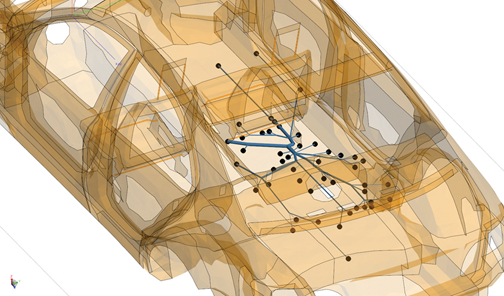 Figure 1: Example of a cable harness in a car model (Courtesy Daimler AG)

This article demonstrates, by means of a case study, how simulation tools can help minimize the resources required for EMC testing, which is often time consuming and expensive.

A simplified yet representative example comprised of two cable bundles as well as an antenna integrated in the rear windshield is illustrated in Figure 2. The study was conducted with a commercial software package [1]. The cable bundles each contain four signal wires as shown in Figure 3 where red and green indicate dielectric materials. Although a shield is shown in the figure, early simulations were done without cable shielding. The signal conductors can be used for both single-ended signaling and differential signaling, simply by adjusting the circuits in the software’s integrated Schematic Views.

EMC engineers are concerned with cross talk within a bundle, cross talk between bundles, un-intended radiation to the environment, and interference with signals received by the antenna. Unintended radiation from electronic systems within a vehicle requires compliance with international regulations (e.g. CISPR 25) [2,3]. Unintended radiation from general electronic systems requires compliance with similar regulations (e.g. FCC Part 15 [4]). To investigate compliance, proper accounting will have to be made for the spectrum of the digital signal.

For any cable-harness cross section, a 2D static finite element method (FEM) solver, determines the per-unit-length inductance, capacitance, resistance and conductance. Any complexity is possible, including twisted wires and shields inside shields. Cables can automatically be rearranged in the bundles to enable realistic simulation of the variations that may occur in practice. The link between fields outside and inside the cable harness is governed by the computed transfer impedance and transfer admittance.

The Multi-Conductor Transmission Line (MTL) theory is used to analyze complex cable problems. Simply put, a multi-conductor transmission line model is a distributed resistance, inductance, capacitance and conductance (RLCG) parameter network for an arbitrary cable cross section where the voltages and currents can vary in both magnitude and phase over the length of the cable. The transfer matrix links fields inside the cable with those outside. Cables can be radiating into their environment, be subject to irradiation from their environment, or both. Standard MTL technology is limited in application to situations where cables run close to a ground plane, where it is assumed that the current return path is in the ground plane directly below the cable. Combined Method of Moments (MoM)/MTL technology, is not restricted in this way and can solve problems with unrestricted cable paths. 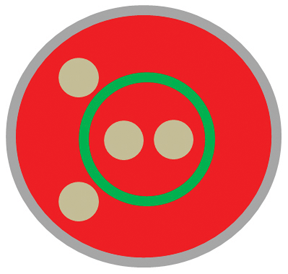 Figure 3: Cross section of a cable

The two signal conductors outside the center of the bundle in Figure 3 were excited with a 1-V differential signal (0.5 V per signal line). All terminations were 50 Ohm. Figure 4 shows the induced differential voltage on the other pair at both ends. 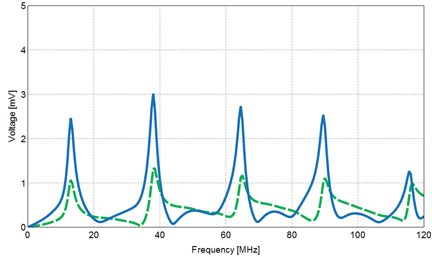 Figure 5 shows the cross talk between the two cable harnesses of in Figure 2 for the case of differential signaling. Note that the cross talk is mostly well below 1 mV, but several resonances occur. The first resonances are at 34 and 38 MHz. At 34 MHz, the aggressor radiates strongly while the victim is only moderately receptive. At 38 MHz the victim, which has a different electrical length, is highly susceptible while the aggressor radiates only moderately. For cross talk, three components are needed: an aggressor, a victim and a path between them. In this case, a field plot is very revealing. Figure 6, in which no source is connected to the antenna, shows that the windscreen antenna is an essential part of the path. 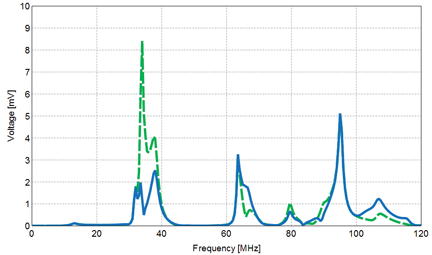 Figure 6: Fields at 34 MHz due to differential aggressor

This was verified by running the simulation again without the antenna present. Strikingly, while a cross talk of 8 mV was reached in Figure 5 with the receiving antenna present, the maximum (in the frequency range below 40 MHz) was only 0.025 mV when the antenna was removed, a reduction of 50 dB! While individual systems may appear safe, problems appear when the complete vehicle is analyzed. This underscores the need for EMC testing of the entire vehicle. Since EMC measurements of the complete vehicle can only be done late in the design process, identifying and addressing EMC problems with software simulations early in the design process can minimize costly modifications.

Radiation and Compliance with EMC Regulations

Figure 7 shows the maximum electric-field magnitude at 10 m as a function of frequency, based on an excitation with a differential voltage of 1 V (0.5 V per signal line) at every frequency. In order to compare this result with regulations, it needs to be weighed with respect to the spectrum of the actual signal on the differential line. 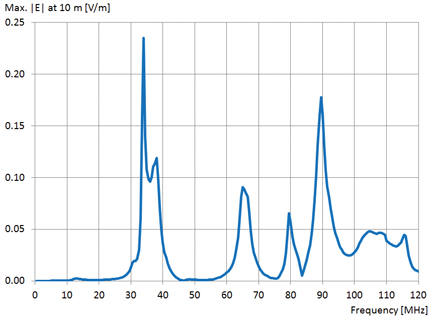 Figure 7: Maximum E field at 10 m distance as a function of frequency

Let the signal on the differential transmission line be a 2 Mbit/s digital signal with a rise and fall time of 100 ns. The resulting spectrum depends strongly on whether the signal is a regular stream of bits, like a clock pulse, or an irregular stream of bits, like a pseudo-random binary sequence (PRBS). In the first case, the spectrum is a set of delta functions (“spikes”) at the odd harmonics of the bit rate, while in the second case, the spectrum is continuous. The equations can be found in [5].

For a 5 V differential clock signal (2.5 V per signal line), the resulting radiated field at 10 m is presented in Figure 8. Note that the spikes occur at the odd harmonics of 2 MHz. Also note that no harmonics are visible at 10, 30, 50, … MHz. This is due to a sinc function involving the rise time.

While Figure 7 shows little radiation below 30 MHz, Figure 8 shows significant spikes below 30 MHz because most of the signal’s spectral content is there. Above 30 MHz, the signal has less spectral content but the cable radiates more effectively. The radiation at 34 MHz, a resonance due to the electrical length of the cable, exceeds the radiation at all other frequencies in both plots. The FCC Class A limit at 34 MHz is 39 dBμV/m at 10 m. Clearly, the limit is exceeded by a significant amount. 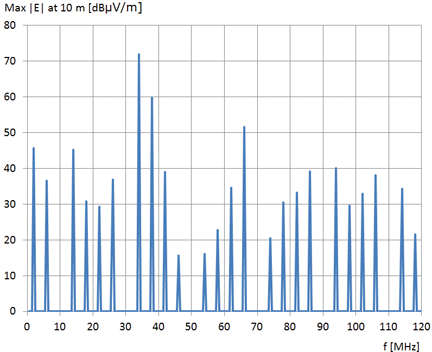 For a 5 V differential PRBS signal (2.5 V per signal line), the resulting radiated field at 10 m is presented in Figure 9. The straight application of the equations for the continuous spectrum gives a field in units of V/(m Hz), i.e. Volts per meter per Hertz bandwidth. To obtain V/m, we have to specify a receiver bandwidth. To produce Figure 9, a receiver bandwidth of 120 kHz [2] has been used. 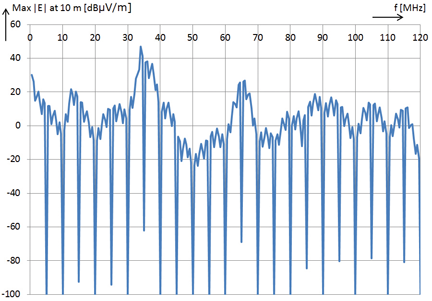 The radiated emissions of the PRBS are a lot less worrisome than those of the regular pulse, simply because the PRBS spreads its radiated power over all frequencies. Still, at 34 MHz the limit of 39 dBμV/m is exceeded.

In order to comply with regulations, the cables will need to be shielded. The main benefit of these simulations is that they reveal how much shielding is needed to achieve first-pass success in tests. This is important, since repeated testing is expensive, while adding too much shielding to all the cable harnesses in a vehicle adds a lot of weight and reduces the routing flexibility.

Several types of shielding can be specified: selected from a database of popular cable types, solid shields with a specified material and thickness, user-defined by means of the frequency-dependent impedance transfer matrix, and braided shields. For a braided shield (Figure 10) one specifies the relevant parameters and materials of the weave pattern, upon which the frequency-dependent transfer matrix is determined using the Kley formulation [6, 7]. This formulation accurately models the coupling mechanism due to the field penetration through the shield apertures. 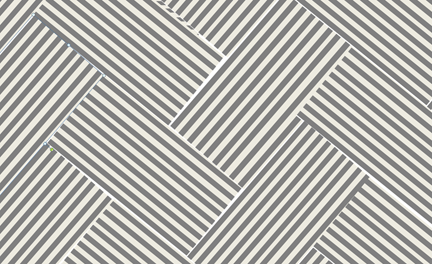 With a shield of 32 carriers of seven 0.12-mm filaments each around each cable, which, for a shield radius of 5 mm leaves openings, the radiation is reduced sufficiently (see Figure 11) to satisfy the FCC regulations, if they were applied to vehicles. While CISPR-25 applies to automotive systems, it is used more for individual systems and harnesses than for radiation from entire cars. CISPR-25 limits between 30 and 54 MHz range from 22 to 46 dBμV at 1 m distance, depending on the class, which corresponds to 2 to 26 dBμV at 10 m distance. The individual system with harness might well pass in a standard test, while with the windshield antenna present the radiation, as shown in Figure 11, might be too high. 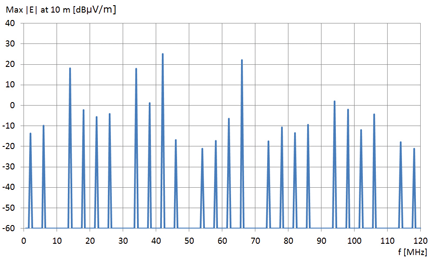 Figure 11: Maximum |E| at 10 m for a 5V differential clock signal in a shielded cable

Interference with Signals Received by the Antenna

Windscreen antennas are typically embedded in a number of dielectric layers of varying dielectric properties.  For such antennas a Method-of-Moments based formulation that meshes only the metallic antenna elements in a windscreen antenna, while rigorously taking all dielectric layers into account with special methods is used. This avoids having to mesh the layers with a triangle size of the order of the layer thickness, which would require impractical simulation times.

The antenna is connected to a ten-element matching circuit, which provides an excellent match (S11 ≤ -23 dB) between 89 and 91 MHz.

A 5-V differential signal was connected to a pair of signal lines inside a shielded cable. The resulting voltage on the receiving antenna terminals, after passing through the matching circuit, is illustrated in Figure 13. 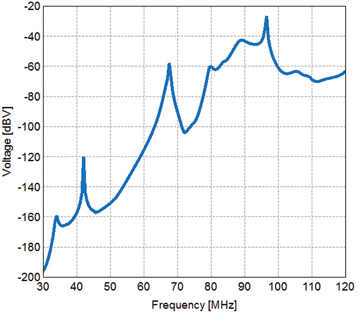 Note that the peak at 34 MHz in Figure 13 is weak compared to Figure 7, due to the matching circuit. The results for a shielded cable, illustrated in Figure 13, do not indicate a peak at 90 MHz, while Figure 7 does show a peak for the unshielded case. In addition to reducing radiated fields, a shield also changes the characteristic impedances “seen” by the signals and the coupling between the two pairs of signal lines.

Figure 14 shows the received voltage that passes the matching circuit when the differential signal is a 5-V regular binary pulse with repetition frequency 2 MHz and with rise- and fall times of 100 ns. The maximum is 8 dBμV. CISPR-25 specifies a maximum of 6 dBμV. Therefore, engineers are required either to shield the bundles better, or work with a lower voltage, or ensure that this kind of signal can never travel on this cable. 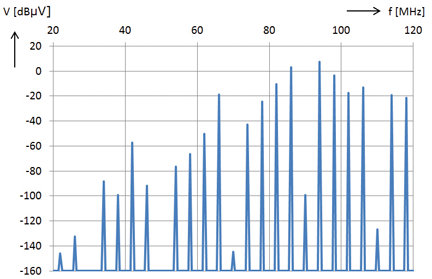 Figure 14: Voltage received by antenna and passed by the matching circuit

Cross talk, radiation and interference for a vehicle with cable harnesses and a windshield antenna have been analyzed. Instrumental in this case study were the capabilities to include radiating and irradiated cable harnesses of arbitrary complexity, and to model windshield antennas efficiently. Taking the spectra of digital signals into account, comparisons with regulatory standards were made. 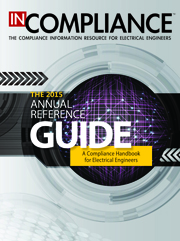