By a big margin, Toyota is number one in hybrid car sales and indeed in sales of electric vehicles overall thanks to such things as sales of its electric forklifts, where it is in the top three in most countries. For example, it is number two in material handling vehicles in the United Kingdom. Indeed, Toyota’s position in electric material handling vehicles may have been strengthened even further by the fact that world number one, Linde sold its materials handling business, rebranded as KION Group to financiers KKR and Goldman Sachs for €4bn, not to an engineering company optimizing long term success with synergies.

Companies such as Hyundai, Nissan and Toyota cross fertilise EV component purchasing power and experience between their material handling, car and other electric vehicle making activities such as buses. Some of the first moves to ac motors were in forklifts and lithium-ion batteries have appeared in some Nissan forklifts since 2008. Hyundai has a large hybrid outdoor forklift, and Jungheinrich field tested an innovative electric counterbalanced forklift in 2010 for launch in 2011. This type EFG 216k truck is equipped with a lithium-ion traction battery. Toyota is also introducing lithium-ion here, not just working to replace NiMH in hybrid cars and for use lithium-ion traction batteries in pure electric cars. The material handling aspect is no sideshow. Mitsubishi Heavy Industries Ltd., Japan’s largest diversified machinery manufacturer, completed construction of a traction battery plant inside its Nagasaki Shipyard and Machinery Works in November 2010. Capacity at the plant, which will produce lithium-ion batteries for forklifts, is 400,000 units yearly.

The Toyota Prius still drives almost all of its hybrid car sales, being made in three continents. Its Auris now has a hybrid option, global production being in the UK, and electric versions of all its car models are being rapidly introduced. Toyota is not very keen on pure electric cars at present levels of battery performance, so hybrid versions of most Toyota car models will be made available.

To chase Toyota from a position a long way behind, many car companies have formed alliances. Now the BMW cooperation with PSA Peugeot Citroen is being solidified into a 50:50 joint venture, functioning in the second quarter, to share the formidable cost of developing hybrid powertrains and seek early volume.

Before that, Daimler AG, playing catch up in EVs by buying 10% of Tesla, and developing electric Smart and Mercedes models, struck a partnership with Renault Nissan to develop small cars, notably pure electric ones. Renault Nissan also partners with Mitsubishi on this. Mitsubishi promises electric versions of all new car models. Like Nissan and Fiat, it seems to prefer the pure electric small car route.

For State of the Art Components Look Beyond Cars

Third generation traction batteries such as lithium sulphur are being successfully used today but it is in Unmanned Aerial Vehicles UAVs long before they will be considered for cars. Manned aircraft already incorporate the benefits of very thin, wide area traction batteries. Others will follow.

Indeed, look for the new, very flexible copper indium gallium diselenide CIGS solar cells all over solar boats for up to 150 people such as those made by Kopf Solarschiff GmbH near Stuttgart. More area can be covered and electric land and air vehicles will follow later in adopting this, starting with the massive new orders for solar dirigibles. Come back Zeppelin: all is forgiven. The new flexible photovoltaics is typically printed reel to reel. By contrast, traction batteries pushing the limits of energy storage up to 400 kWh or more are first seen in electric tugboats and electric Autonomous Underwater Vehicles AUVs.

In an excellent example of the new cross fertilization of ideas between many very different types of electric vehicle, the huge German research organization DLR is developing electric nose wheels for taxiing using its own Airbus A320 airliner and its state of the art permanent magnet synchronous brushless “dc electronically commutated” motor for better performance than that obtained with ac motors. But it is also developing fuel cell powered material handling vehicles and cars and a simplified flat internal combustion engine for next generation hybrids in its Institute of Vehicle Concepts division near Stuttgart. Winners see the big picture.

Whether you are a vehicle, components of materials developer or producer, it is now vital to track this big picture and optimize your sales, rather than follow the herd into cars alone. Help is at hand. Go to the IDTechEx event “Electric Vehicles Land Sea Air” in Stuttgart June 28-29. Everything from electric planes and solar boats to material handling vehicles and, yes, cars and delivery vans will be involved. As happened at the first such event in San Jose USA in December, delegates will meet people for the first time that have similar problems and solutions in other industries. AFS Trinity, with breakthrough technology that gets supercapacitors to do more of the work in large hybrid vehicles, said, “I think you did a great job of bringing together people that do not normally cross paths at other conferences.”

Completely new subsystems, materials and components will be covered. Examples are Bladon Jets mini turbines as range extenders in the new Jaguar supercar. Internal combustion engines, even ones optimized for use in hybrids, are cheekily referred to as “reciprocaurs” by those creating next generation hybrid electric vehicles that do not need them. For example, DesignLine of New Zealand is successfully selling large electric buses in Australia, Europe and the USA with mini turbine range extenders. At this unique event, you will understand the design of improved in-wheel motors, supercabatteries and third generation lithium traction batteries and more. There will be visits to see the most exciting EV work in the Stuttgart region, home to Bosch, Mercedes and Porsche electric vehicle activity. See www.IDTechEx.com/evEurope for full details. 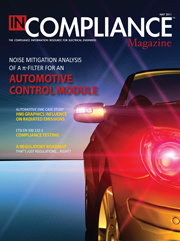