Electric Shock From Radios: A Review

During the 1930s, 1940s, and 1950s, Underwriters Laboratories did basic research in the field of safety and published the results of that research in a series of “Bulletins of Research.” At least 58 Bulletins were published relating to fire, explosion, and electric shock. One of those Bulletins, “Measurement of Electric Shock Hazard In Radio Equipment,” is a classic document in the field of product safety.

It was written by Karl S. Geiges, an Associate Electrical Engineer at UL, as a thesis for a Master of Science degree. UL adopted Geiges’ work into its “Standard for Power-operated Radio Receiving Appliances,” and published the paper as a “Bulletin of Research, No.33” in July, 1945. Geiges ultimately ascended to a vice-presidency of UL.

Geiges’ paper is a classic because it originates the leakage current circuit and meter that many standards, not just UL, still use today. Geiges’ circuit was used in ANSI C101, American National Standard For Leakage Current, until the 1992 edition.

The basis of Geiges’ study was the technological and competitive development of radio receivers following World War II. In 1945, all radios were two-wire products as grounding had not yet been implemented in the National Electrical Code. Leakage current was not drained by the ground wire as it is today. And double-insulation had yet to be invented.

“The development of radio receivers has followed a course somewhat parallel to that of other electrical equipment as far as shock hazard is concerned. From battery operation the change to a transformer design was a logical development because operation from alternating-current lighting circuits was desirable and the radio circuits could remain practically unchanged. The metal chassis was solidly connected to one side of the transformer secondary and was insulated from the line circuit by the primary-secondary insulation of the transformer. In some receiver designs a capacitor was connected between the chassis and the primary side of the transformer, but this filter arrangement employed capacitors of such small size that the ground current was of the order of fractions of a milliampere.

“As competition forced the development of new, less expensive receiver designs, new vacuum tubes were brought out and the so called ‘ac-dc’ type of receiver was introduced. In this receiver, the transformer was eliminated, vacuum tube filaments were connected in series, and plate voltages were lowered to permit the use of rectified 120-v alternating current. Then the designer was faced with a problem. If the chassis were used as the negative return it would be connected directly to one side of the line. Any contact with the chassis that was made by the user, as in replacing tubes, would expose him to full line potential if the chassis were connected to the ungrounded side of the line.

“… The alternative that has been generally used is to employ an insulated negative bus within the chassis and, for higher frequencies, to ground the bus to the chassis through a capacitor of 0.10 to 0.25 µF. With such an arrangement, when the receiver is connected to a 120-V ac line the leakage current from chassis to ground is 4.5 to 11.3 mA.”

These values, 4.5 to 11.3 mA, were calculated using the capacitive reactance equation to find the reactance, and then Ohm’s Law to calculate the current. Geiges went on to say that leakage current could be controlled simply by controlling the maximum value of the line-to-chassis capacitance. However, to do so required:

Interestingly, Geiges mentions that previous attempts to measure leakage current had failed, that a measuring means was not available, and that serious difficulties would be encountered in any practical solution.

Geiges defined electric shock hazard as a circuit in which the body is a part of the circuit. He next defined the circuit parameters:

Geiges said that current through the body has three major effects:

Such currents are readily available from the operating voltages on equipment. Geiges studied various research work to identify values of current for the threshold of perception (0.2 mA), let-go (8 mA), and fatality (100 mA). Geiges especially noted Dalziel’s work which concluded that let-go current is a function of the peak value, 11.3 mA, not the root-mean-square (rms), 8.0 mA, value.

From these parameters, Geiges concluded that the limits of current and voltage that needed to be measured were 1-30 mA ac, and 1-150 V, ac and dc, (household voltage) and 1-600 V, ac and dc (plate circuits of vacuum tubes).

Geiges stated that the body is analogous to a resistor and capacitor in parallel. He said that the capacitance is very small and can be disregarded for power line frequencies. Geiges studied Whitaker’s work, and concluded that a body resistance of 1,500 Ω was “the best compromise for this investigation.”

1500 Ω “is slightly less than the lowest recorded value with dry contact surfaces, 1550 Ω, and it compares favorably with average values obtained under conditions that existed in the case of the wet hands and feet.”

“If a higher value is chosen it is difficult to justify in view of the 1550 Ω dry value. A lower value offers equal difficulties in that a safety factor is introduced which will be added to the factor that should be considered in the determination of permissible leakage current.”

In 1945, Geiges was faced with the same, classic operator-serviceman dichotomy we still face today. Geiges clearly sets forth the parameters, but we have continued the argument without resolution for 45 years!

“There is no definite line of demarcation between the class of persons who should and should not have access to live parts but a rather sharp distinction can be made in the reasoning that is involved in the action of exposing such parts. Repair and service work generally requires that parts be live while exposed for tests and adjustments. Qualified persons know that live parts will be exposed when covers held in place by screws and similar fastenings are removed, and that interlocks must be blocked in the on position to make the necessary tests and adjustments. However, an unqualified person knows that replacement of tubes, fuses, batteries, etc., is necessary and he expects to make such changes without the necessity for taking any precaution other than turning the single-pole power switch to the off position.

For example, if we assume a leakage current of 10 mA from a 120 volt source, then the resistance of the circuit is:

If we insert a 1,500 Ω resistor in the circuit, representing the body resistance, then the value of current would be:

On the other hand, if we insert a 500 Ω resistor in the circuit, then the value of current would be:

Therefore, Geiges reported lack of correlation of leakage current data due to lack of a standard resistance for the measuring device.

For reasons given in the body-resistance discussion, Geiges chose 1,500 Ω as the standard meter resistance.

Geiges then said, “The basis for evaluation of the severity of electric shock would be expected to involve muscular reaction.”

Because muscular reaction and let-go phenomena are proportional to the peak value of ac current, Geiges wanted a meter that would measure a steady-state peak value.

Geiges then initiated a search for a suitable measuring device. In 1945, these were the common instruments of the time:

The rectifier-feed, diode-peak vacuum-tube voltmeter had the characteristics that Geiges had specified. In particular, it was sensitive to the peak value of voltage.

“The sine wave a-c reading is the most common reading made with a leakage current meter so that for simplicity it is desirable to calibrate the (peak-reading) meter to read the root-mean-square value of the sine wave.”

With a resistor across its terminals, the scale could be calibrated in rms milliamperes, “thereby giving a direct measurement of leakage current.”

“The result is a measuring device that is actuated by the shock hazard criterion peak current and the measurement is in terms of root-mean-square milliamperes when the current source is limited to an a-c sine wave. If a non-sinusoidal wave shape is to be measured, the scale reading is 0.707 of the maximum peak and the reading is a measure of the shock hazard.”

The resulting leakage current measuring system was a peak-reading, rms-calibrated vacuum-tube voltmeter, which measured the voltage across a 1500-ohm resistor. The value of voltage was divided by 1500 to give the value of the current through the resistor. The meter scale could include a current scale to avoid the calculation.

“Shock hazard shall be considered to exist at a live part in a circuit involving a potential of 125 v or less in the following cases:

“(b) At a partially protected live part, if the open-circuit voltage is more than 35 v and if the current with a 1500-ohm load is more than 15 mA, with a maximum allowable a-c component of 10 mA in any case.

“The specific current and voltage limits, although not directly connected with the design of the measuring device, are a part of the general problem and their origin is covered here for completeness.”

“Open Circuit Potentials — Exposed live parts operating at potentials of 25 V and less are not considered hazardous unless the equipment is intended for use in a location that involves special conditions of moisture or body exposure. … The higher voltage specified for partially protected live parts is based on the decreased likelihood of most favorable shock conditions… The use of 30-32 v for automatic tuning motors… has been common for years.”

“Leakage Current — The 5-mA value for permissible leakage current is based on recommendations of shock investigators and past practice. It is well above the threshold of perception and is admittedly a current that will startle the person receiving the shock.”

“The 5-mA current is believed to be low enough to permit release by the person receiving the shock.”

“Exceptions — The size of small parts and the relative inaccessibility of the tuning capacitor may be used as justification for practices followed for a number of years in the radio industry, but it is difficult to reconcile this practice with shock hazard current limitations…”

Clearly, this was a landmark work. Reducing leakage current from the 10 mA range to less than 5 mA should have been a major re-design effort on the part of radio manufacturers.

To bring this into perspective 45 years later, one industry segment is proposing to reduce leakage current from 3.5 mA to 0.5 mA. If this proposal becomes effective, manufacturers again will face a major redesign effort.

When Geiges was measuring 10mA leakage currents from 120V, the source resistance was 12k Ω. The 1.5k Ω resistor had 8 percent effect on the measurement.

We should not lose track of Dalziel’s finding that let-go (and sensation, as implied by Geiges) is proportional to the peak value of current. Today, true-rms meters are common. They are not peak-measuring meters calibrated in rms. So, such meters when, measuring non-sinusoidal leakage currents, will give a lower reading than would the peak-measuring meter.

ANSI C101-1992, Leakage Current for Appliances, reinforces Dalziel’s finding that the body’s physiological response to current is proportional to the peak value.

Jim Pierce, Eng. Testing Laboratories, dropped a copy of this UL Bulletin on my desk, asking if I had read it. I had seen and read the Bulletin many years ago, so the copy just sat on my desk for many months. Eventually, I picked it up and started reading. I was impressed with the work, and thought I would review it for you. 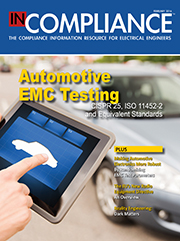