Suppose we are considering the design of protection for a piece of equipment or a system. Generally, direct strikes would be the main concern. However, nearby strikes causing voltages and currents due to induction or induction combined with ground potential rise (GPR) are much more common and stress the equipment differently. So we might want to consider whether these are significant, and a calculation might help decide if that could be the case.

In the case of induction, experience shows that calculations using the formulas presented in the literature generally give values that are too high. Conversely, when GPR is combined with induction, the values may be too low.

Considering the questions, we need to show why the effects of nearby lightning might be over-estimated, or in some cases underestimated, and also show how to get more realistic estimates.

To get started, let’s look at an application like the one shown in Figure 1, which shows an ICT (Information and Communications Technology) line running between two structures. The structures could possibly have grounds at A and at B.

Consider induction alone, for which there are two cases to consider:

Inductive effects are a result of the mutual inductance coupling between the lightning channel and the ICT circuit, so we need to consider how that works. Figure 2 shows what we have: a lightning channel modelled as a long straight wire, and a nearby ICT loop. 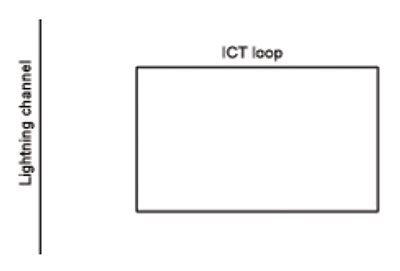 The mutual inductance M we need is given by:

where Φ is the magnetic flux linking the loop, and I is the lightning current. To find M in equation (1) we need to find Φ, which in turn is derived from the magnetic field B. So the first task is to get an expression for B.

To find B we begin by observing that by the right-hand rule, a current I causes a magnetic field B, as shown in Figure 3. 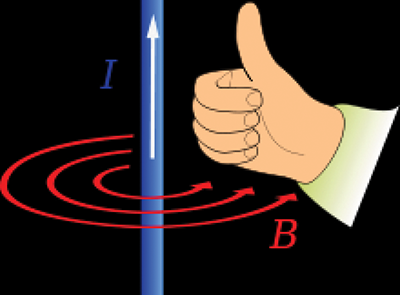 Figure 3: Relation of the magnetic induction B to a current I

From Figure 2 with the B-field added, the B field passes through the ICT loop as shown in Figure 4. Here the lightning strike is a distance S from the nearest end of the ICT circuit, and a distance r from a point on the ICT loop. The ICT loop has a height h and width w. 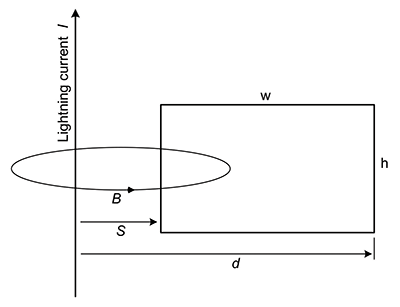 Figure 4: Side view of the ICT circuit showing the B field linking the loop

Assuming that the ICT loop is unshielded and that the magnetic field is not distorted by the presence of other objects in the vicinity (basically we’re talking about an open field), then B is given by:

Now to work on equation (2) we need to look at some geometry. If Figure 4 is rotated 90o to give a top view, then Figure 5 shows that the ICT loop (labeled W) can take up any orientation from perpendicular to S (the red line) to parallel to S (the blue line). 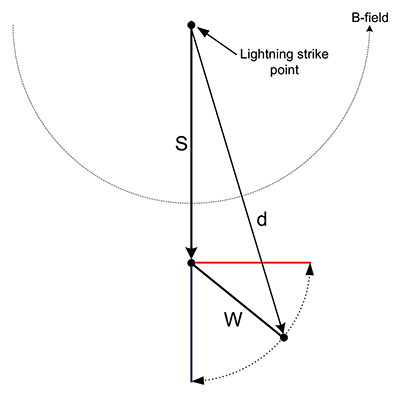 Figure 5: Top view of Figure 4, showing the orientation of the ICT loop to the B field

Figure 6: Geometry for use in calculating Φ

Now d is unknown, so we need to express it in terms of things we know (S, W and ϴ). From Figure 6 x = Wcosϴ and y = Wsinϴ, so by the Pythagorean theorem,

Putting in the limits:

We have the general expression for d that could be used in equation (4), but there are two special cases of interest.

First, consider the case where Φ is maximized, which occurs when ϴ = 0o. In that case d = S+W. Substituting this value for d into equation (4) and the result into equation (1):

which is the same as usually given in calculations of induction due to lightning (e.g. ITU-T k.67 [1]).

Substituting the numerical value for µ0 of 4π10-7 H/m and rearranging:

Second, consider the case where Φ is minimized, which occurs when ϴ = 90o. In that case:

Substituting the numerical value for µ0 of 4π10-7 H/m and rearranging:

A plot of the ratio of the worst case for M to the best case for M versus W/S is shown in Figure 7. It’s basically an estimate of the amount that M (and hence the induced voltage) could be overestimated. It shows that loop orientation makes a big difference in the mutual inductance, and that overestimates of M by a factor of 10 or more are possible. 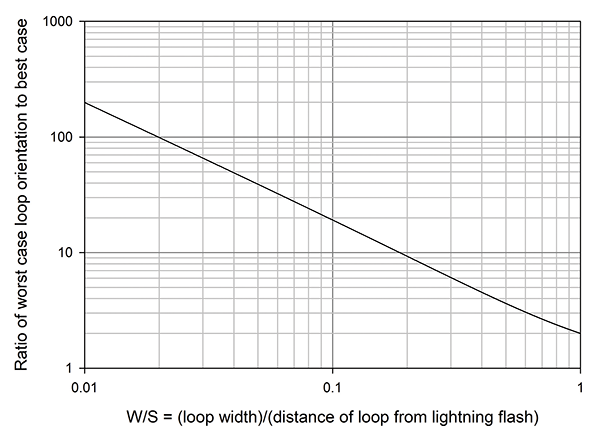 What we’re really interested in is the open-circuit voltage Voc that occurs when the impedance is high, since this voltage is a potential cause of damage. The induced common-mode voltage V2oc due to a current i1 in the lightning channel is just M times di/dt:

From equation (5b) the maximum value of V2oc is:

From equation (6b) the minimum value of V2oc is:

Where di/dt is in units of kA/µs. 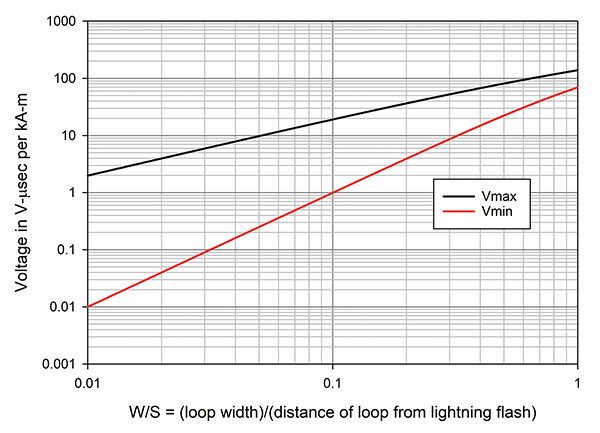 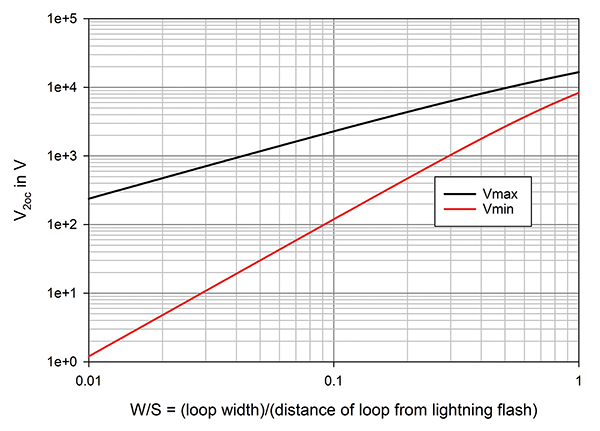 So to answer the question posed at the beginning of this article, the reason why induced voltage predictions are often too high is that the generally assumed worst-case orientation of the loop with respect to the lightning flash B field rarely occurs. As the calculations show, a more likely value of loop orientation will result in a lower predicted voltage.

If there is a need to protect against a worst-case event, then assuming a worst-case loop orientation is appropriate, but could be expensive.

If the worst-case induced voltage is unlikely, what is a more reasonable prediction?

For an open field, the most likely value of ϴ is the mid-point or 45o. For this case and a uniform environment, Figure 10 shows V2oc plotted for a loop normalized to 1 m high and a di/dt of 1 kA/µsec. So, depending on the value of W/S and the surge di/dt, something less than 6 kV is a reasonable value for V2oc. Compare this with the up to 40 kV predicted for the worst-case. 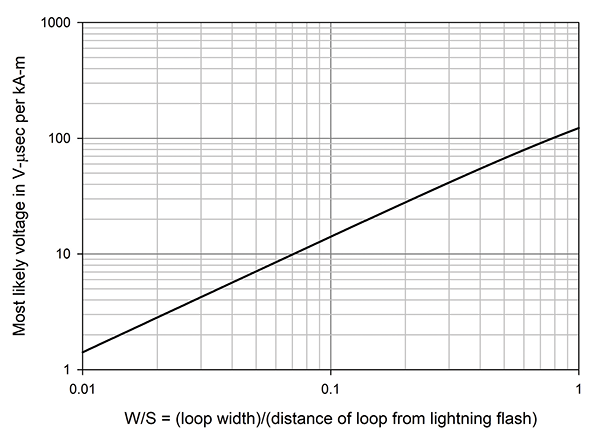 If the installation under consideration has grounds at both ends (e.g., Figure 1), then the voltage difference between the ground rods due to GPR needs to be added to the induction voltage. Figure 11 shows the GPR decrease with distance from a lightning strike at the black dot, assuming a uniform ground. Also shown is a loop having a width W located between grounds at points A and B, and located at a distance S from the lightning strike point. 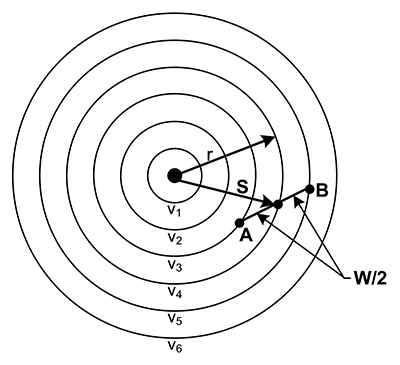 Figure 11: GPR for a lightning strike at the black dot in the middle.

GPR in a uniform environment is given by:

where ρ is the resistivity of the ground in ohm-m. 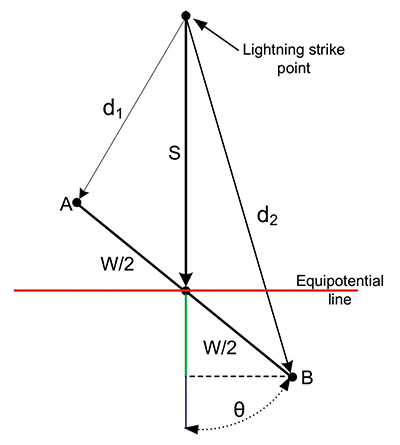 Figure 12: Geometry for use in determining GPR

With that in mind, the voltage VGPR between the ends of the ICT loop is given by substituting d1 and d2 in equation (9):

When both points A and B are on the same equipotential line as shown in Figure 13, d1 = d2, and VGPR = 0. This is the best case from an exposure standpoint. 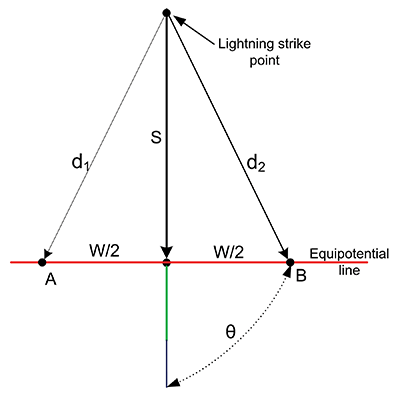 Figure 13: GPR geometry for the case where both points A and B are on the same equipotential 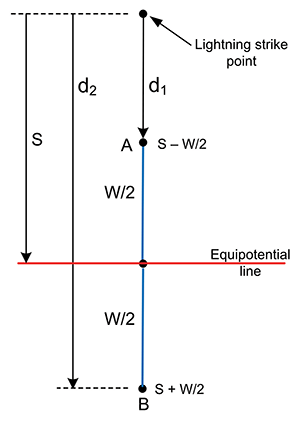 Figure 14: GPR geometry for the case where points A and B lie on an extension of S

As shown in Figure 14 the highest value of VGPR is when points A and B fall on an extension of S, which again using equation (9) is given by:

For a representative ground resistivity of 300 ohm-m, equation (11) is:

where VGPR has been normalized to 1 kA. In Figure 15, the worst-case VGPR (ϴ = 0o) from equation (11b) is plotted as a function of W/S for several values of S. 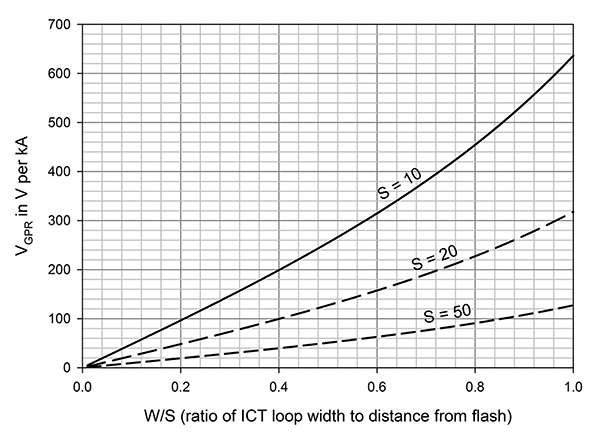 Figure 15: GPR normalized to 1 kA. Multiply the Y-scale by the lightning Imax in kA to get volts.

For example, for a 30 kA lightning flash Figure 15 can be replotted as shown in Figure 16. For this case a VGPR in excess of 6 kV is possible, so you would want your isolation barrier to withstand at least 6 kV. 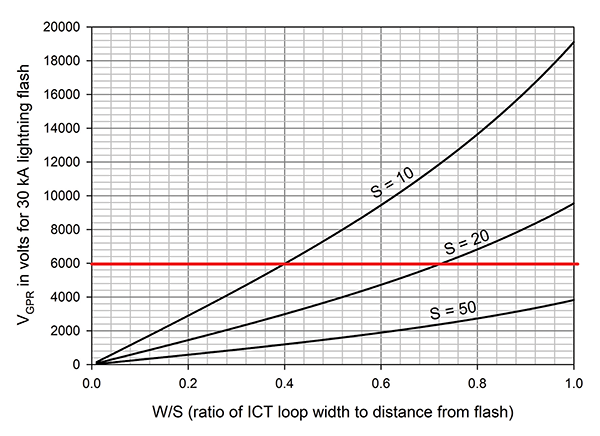 The voltage due to induction can either add or subtract from the GPR, depending on whether the lightning return stroke is going up or down. For the most common upward return stroke, the voltage from Figure 8 adds to the voltage from Figure 15. This combined induced voltage and GPR voltage might cause failure, whereas either one alone would not. For example, from the plot of reasonable induced voltage (Figure 10), something up to 6 kV would be expected. Add this to the possible 6 kV shown in Figure 16, and the combined voltage could exceed 10 kV. In this example, systems designed with 6 kV isolation would likely survive either the induction or the GPR voltage, but not both combined.

Induced current will flow in the ICT loop if there is a connection that closes the loop, e.g., an Ethernet Smith termination or the operation of an overvoltage protection device. The induced current is given by:

where Z is composed of the total circuit resistance RS and the circuit inductance LS. The worst case is probably the operation of an overvoltage device, in which case Z would likely be dominated by LS. For this worst case, substitute equation (8a) with into equation (12) to get:

Similarly, for the best case, substitute equation (8b) into equation (12) to get:

Generally, we’re less interested in current than I2T, because I2T is what blows fuses or heats up and potentially destroys resistances in the circuit. In order to calculate I2T, we need to know what the induced current waveform looks like because to get I2T, the current is integrated over the whole waveform. As an aid to visualizing the waveform, we can look at the experimental results in ITU-T K.67 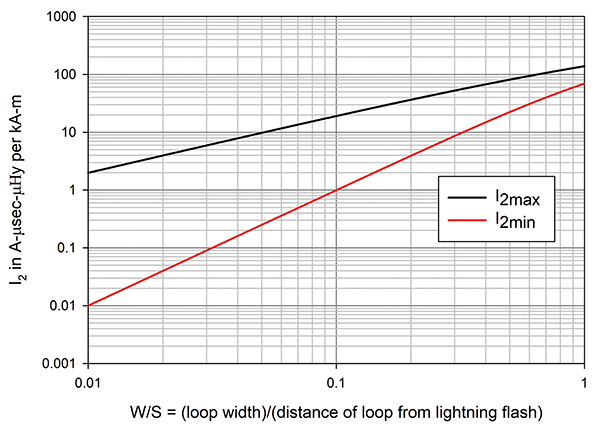 As an example case, assume (as was done previously) that the lightning surge is the 30 kA 5.5/75 from

The I2T calculation has many variables and, depending on the values of these, the I2T due to induction can range from high and likely to cause damage to low and unlikely to cause damage. The calculation assumes no surge mitigation has been done. Unmitigated induced current can be high, so consideration should be given to using surge mitigation techniques to reduce induced current.

So currents due to induction alone may or may not cause problems. What about GPR?

Current Due to GPR

The current resulting from a GPR can be calculated as shown in [3] from the 2016 PEG meeting. There it was shown that:

Where GTERM is a geometric factor that can be estimated using the procedure in [3]. With that in mind, equation (17) can be modified to estimate :

Putting the values into equation (20), using the same conditions as were used for induced current, including the values for a and b:

T = 8.1 A2s. Again this value of I2T is influenced by the choice of values for the many variables involved. And the I2T from GPR may need to be added to that from induction. So the question of whether the I2T due to a nearby lightning strike is too high or too low basically needs to be answered on a case-by-case basis.

By including loop orientation, the calculations in this article put worst case and best case bounds on the lightning-caused voltage and currents that could be due to induction, GPR or both combined – something that is seldom, if ever, done. In fact, the calculations presented in the literature are generally only for the worst case. In practice, the voltages and currents will be somewhere between the best case and the worst case.

Why would we care? Designing common-mode protection for the upper bound (worst case) might not be cost-effective. So, for example, a worst-case calculation might predict a 20 kV induced voltage, which in the case of Ethernet would require large expensive transformers for isolation.

Conversely, designing protection for the lower bound (best case) is a possible solution, but would probably result in insufficient isolation, leading to an unacceptably high failure rate.

The equations and plots given here offer a way to estimate a reasonable case, which might be the best solution for protection against the effects of induction and GPR.