Product liability has created problems for manufacturers and product sellers for many decades. These problems have been exacerbated by the expansion of product liability laws throughout the world. In addition, there has been a proliferation of safety regulatory requirements, starting in the United States and then moving to the European Union. In addition, countries such as Japan, China, Australia, Canada, Brazil and South Africa have all recently established or strengthened their product safety regulatory regimes and requirements. This all creates additional challenges for companies who want to and must comply with all laws, regulations and standards in any country where they sell their products. Such companies may also need to consider safety requirements in countries where they do not sell products to the extent they believe that these requirements establish a “state of the art” that they want to meet. This article will discuss the basic kinds of defects that can be alleged in any product liability case. Next, I will discuss the law as it pertains to compliance with standards. And finally, this article will discuss the EU directives applicable to electrical products and the effect of those directives on products sold in the EU and the United States. U.S. Theories of Liability Manufacturing Defects A manufacturing defect exists if the product “departs from its intended design even though all possible care was exercised in the preparation and marketing of the product.” In other words, even if the manufacturer’s quality control was the best in the world, the fact that the product departed from its intended design meant that it had a manufacturing defect. The plaintiff need not prove that the manufacturer was negligent, just that the product was defective. The focus is on the product, not on the conduct of the manufacturer. Common examples of manufacturing defects are products that are physically flawed, damaged, incorrectly assembled or do not comply with the manufacturer’s design specifications. The product turned out differently from that intended by the manufacturer. If that difference caused injury, the manufacturer will be liable. There are very few defenses. Design Defects A product is defective in design if a foreseeable risk of harm posed by the product “could have been reduced or avoided by the adoption of a reasonable alternative design” and the failure to use this alternative design makes the product not reasonably safe. An alternative definition used by some courts is that a product is defective in design if it is dangerous to an extent beyond that which would be contemplated by the ordinary consumer. These tests are much more subjective than the test for manufacturing defects and this subjectivity is the cause of most of the problems in product liability today. Manufacturers cannot easily determine how safe is safe enough and cannot predict how a jury will judge their products based on these tests. It is up to the jury to decide whether the manufacturer was reasonable or should have made a safer product. Warnings and Instructions The third main kind of defect involves inadequacies in warnings and instructions. The definition is similar to that of design defects and says that there is a defect if foreseeable risks of harm posed by the product “could have been reduced or avoided by …reasonable instructions or warnings” and this omission makes the product not reasonably safe. Again this is an extremely subjective test that uses negligence principles as a basis for the jury to decide. This makes it difficult for a manufacturer to know how far to go to warn and instruct about safety hazards that remain in the product. Post-sale Duty to Warn One other theory of liability that is very important in a product liability case is post-sale duty to warn. A manufacturer may have a duty, after sale, to warn customers about hazards the manufacturer learns about after sale. This duty can arise even if the product was not defective or hazardous when sold. This duty is clearly based on negligence and involves any of the three kinds of defects described above. Law of Design Defects There are two kinds of design defect cases: those involving “inadvertent design errors” and another involving “conscious design choices.” Design errors are like manufacturing flaws and are treated easily by the courts. The design was wrong because someone made a mistake. The mistake created a hazard and someone was hurt. In that case, there is virtually no defense and the manufacturer would usually settle the case. The more important type of design defect case involves conscious design choices. In these cases, the design turned out as intended by the designer and manufacturer. It had the level of safety expected by the designer for the intended use. However, the product still hurt someone who claims that the product should have been made safer. The plaintiff argues that an alternative safer design should have been used and the court must decide whether this alternative was preferable. The development of the law in this area has caused confusion. There are several tests that have been developed for helping courts and juries decide whether there was a defective design. Test for Design Defect The predominant test in the United States for determining whether a product was “reasonably safe” involves, as mentioned above, whether there was a reasonable alternative design available. In many states, to answer this question, the jury is instructed to consider the following factors:

Kenneth Ross is a very experienced lawyer and consultant who advises U.S. and foreign manufacturers and product sellers on product safety, product liability prevention and legal and regulatory compliance. This includes advice on how to identify, evaluate and minimize the risk of liability, especially product and contractual liability. Prior to entering private practice, Ken was an in-house lawyer at Westinghouse Electric and Emerson Electric where he counseled on safety and prevention issues and managed litigation. Ken can be reached at kenrossesq@comcast.net. More of Ken’s articles can be accessed at www.productliabilityprevention.com. 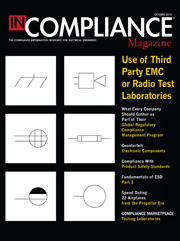