China is one of the most attractive markets for automotive manufacturers in Europe and the United States. There are not many other markets that are growing as fast or that have more potential than China. There have been reports of recent slowing, but year after year China still manages impressive sales.

In 2015 analysts projected a 3 percent sales growth, but according to the China Association of Automobile Manufacturers (CAAM) actual sales growth was at 4.7 percent. Information published in Forbes Magazine (January 12, 2016) shows that there were 24.6 million vehicles sold in China last year (2015), in comparison with 17.2 million vehicles sold in that same time period in the United States. Even with slower, but steady economic growth, all indicators point to continued untapped potential for increased sales over the coming years.

The preferences of the Chinese customer should be considered when thinking about new vehicle models. The Chinese customer is willing to pay a higher price for a luxury model vehicle. Although the quality and the image of Chinese car manufacturers have increased, European quality is still preferred and sought after. CCAM recently announced that the market share of Chinese brand passenger cars reached 41.3 percent in the year 2015. Although this is an increase of 2.9 percentage points compared to 2014, it still implies that more than 50 percent of all passenger cars sold in China were produced by overseas manufacturers.

High demand for quality foreign cars, increased sales and untapped markets make China very attractive for the OEMs. But, when it comes to detailed sales strategies and market access requirements, there are three letters which cause big concerns and doubts, and they are C, C, and C.

The CCC catalogue currently covers almost 150 product categories, representing thousands of products requiring certification. Complete passenger cars as well as single automotive components, such as interior trimming parts, fuel tanks, seats and brake hoses, are required to have CCC certification. The necessity of CCC for the car and the vehicle components and the efforts, costs and duration of the certification process often discourage OEMs, but the sales potential of the Chinese market are too promising to ignore.

There are basically three options for vehicle homologation for the Chinese market. These include: 1) obtaining the full CCC certification of the car; 2) a non-mass production CCC certificate; and 3) a low volume CCC exemption. Obviously, which option to choose depends on a car manufacturer’s sales strategy, expectations and volume projections. A full CCC certification should be sought when the anticipated sales volumes are high. A non-mass production CCC is often used for vehicles with smaller projected sales numbers, while a low volume CCC exemption may be appropriate when projected sales equal 100 cars or fewer per year.

There are limitations for both the non-mass production and low volume CCC certifications. These include restrictions on the number of vehicle identification numbers (VINs) that can be made available in larger cities such as Beijing and Shanghai, where the most lucrative markets exist.

Each homologation method comes with different test and documentation requirements. Test fees are one of the biggest cost factors during the CCC homologation process. Car manufacturers should try to negotiate to minimize the number of tests, only testing what is absolutely essential. Often, some tests can be avoided depending on the situation. For example, when applying for a non-mass production CCC, no crash testing is required under certain conditions.

Over the past two years, compulsory emission standards and restrictions imposed by China’s Ministry of Environmental Protection (MEP)
have become a big problem for OEMs who were interested in exporting their models to China. Tuned, high performance and modified vehicles face very strict emissions tolerances, and Beijing has added more stringent emissions requirements due to problems of pollution. The Chinese capital is one of the most lucrative local markets in China with massive sales potential. But it is also the most difficult market to access.

Currently, the Chinese authorities are preparing to introduce mandatory limits for fuel consumption of vehicles. And recently, the implementation rules for vehicles CNCA-C11-01:2014 have been completely revised. These new limits will pose more challenges for automotive manufacturers.

Many factors influence the types of tests and documentation required for whole vehicle homologation in China. There are also different consequences for suppliers depending on the vehicle type approval. Usually when applying for full CCC certification, all of the automotive components which must be CCC certified are required to be individually certified by each of the suppliers. The CCC certificates must be provided in the course of the complete vehicle homologation process and prior to the market release of the vehicle (“start of production”). The Chinese certification authority may withhold the final CCC certificate for a completed vehicle until certificates from all suppliers have been submitted. If no certificates are provided each component must be individually tested in China and any change of the component must be announced to the certification authority by the car manufacturer.

What does CCC certification involve for an automotive supplier? The basic steps include: 1) submitting an application for certification with supporting documentation; 2) product testing at a Chinese testing laboratory; 3) on-site factory inspections performed by Chinese auditors; and, finally, 4) the application to mark the product with
the CCC logo.

To maintain the validity of a CCC certificate, a supplier is also required to have annual follow-up audits. If these follow-up audits are not completed, the certification status is first suspended and then ultimately cancelled. If this should happen, the initial process must be started from the beginning.

For a non-mass production CCC, the consequences for automotive suppliers are not as extensive. Only some of the components must have individual CCC certification. For a low volume CCC exemption, the parts do not need to be certified individually.

Obtaining the full CCC certification for a vehicle is the most complex and expensive way of getting a vehicle type approval for the Chinese market. However, it is also allows for smoother exports and more benefits in both customs clearance and tapping into more potential markets.

A suspended or even cancelled CCC certificate will cause major problems for car manufacturers. Chinese customs authorities will stop a complete delivery of vehicles when they find invalid CCC certificates or inconsistencies between parts and CCC documents. A frequent problem is that information on the certificate or marking permission is not the same as the actual marking on the part. The redesign or re-configuration of the marking on a single part without prior approval can potentially stop an entire shipment of vehicles from being imported into China. Small mistakes can lead to big problems.

Harbor checks done by customs officials are when the customs officials perform exacting, detailed inspections of imported vehicles. During these inspections, officials can randomly ask for CCC certificates, marking permissions and even copies of the test reports used to obtain the CCC certification. With this information, they can check for consistency between all of the paperwork and the information maintained in the CCC database to make sure everything is in order.

Complete vehicles are not the only concern for manufacturers. Many individual vehicle components require individual CCC certification and marking permission to be exported to China. Certificates for interior trimming parts are often overlooked. Automotive suppliers frequently obtain a certificate for a complete assembly, but often fail to certify integral individual components. Problems can arise at customs clearance in cases where a single component is delivered and there is only a certification for the complete assembly. Spare parts (or service parts) will often require individual CCC certification, apart from the certification of the assembly of which they are a component. Automotive manufacturers and their suppliers should clearly identify possible future spare parts in order to make sure that all kinds of shipments and scenarios are covered by the required CCC certification.

CCC Certification after End of Production

Frequently, automotive suppliers ask if CCC certification must be maintained after the production of the vehicle has stopped (end of production or EoP). If spare parts will continue to be shipped into China, then the answer is yes. Customs officials do not distinguish between EoP parts and current “serial” parts. All parts that require CCC certification will be required to maintain certification and marking permission validity, and customs officials will ask the exporter to provide the appropriate CCC and corresponding CCC marking permission.

Automotive suppliers and car manufacturers are obligated to keep their CCC status valid until the possibility of an export to China is zero. As stated previously, the supplier of a CCC-certified part is required to have annual follow-up audits performed
in order to maintain the validity of the CCC certificate. In addition, they will need to conduct product tests each year according to the relevant Chinese (GB) test standard.

The costs and efforts of annual requalification can be disproportionate to the amount of service parts effectively being shipped to China. The Chinese authorities have started to realize this burden and are now offering automotive suppliers and CCC certificate holders the possibility of obtaining a Service-Parts Certificate. In cases where a manufacturing plant is only making parts for vehicles which have reached their end of serial production, Chinese certification authorities may waive the requirement for annual on-site follow-up inspections. In order to qualify for this special certification, there are some tricky requirements and conditions that must be met, including additional documentation, forecast volumes and related information. The final decision to issue a Service-Part Certificate is in the hands of the Chinese certification authority and, if rejected, there is no appeals process.

The certification authorities in China are adapting and improving their certification process every year. But, with these changes come the challenge of remaining up to date with ever-changing requirements.

Regulatory updates regarding the GB standards and corresponding Implementation Rules and tests in the automotive sector are happening on a daily basis. The certification authorities in China are continually adapting to improve safety every year, but with the changes come an increasing challenge to remain up to date with the current requirements. It is necessary to monitor all notices and publications of all major Chinese authorities to understand the current requirements for new applications, and to maintain compliance of existing certificates. Only then can automotive manufacturers remain compliant and avoid costly surprises. 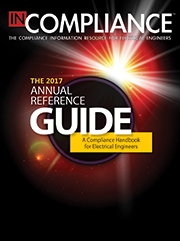