Enhancing the Intelligence of a Smart Battery with User Practices

The smart battery was hailed as an engineering marvel when it was first introduced in 1994 by Intel and Duracell. The heart is the system management bus, or SMBus, that tracks state-of-charge (SoC) and captures performance data. The SMBus also includes the battery management system (BMS) to assure the safe operation of Li-ion batteries by limiting over-voltage and preventing current overloads.

Unlike a regular battery in which the charger is in command, the smart battery is the host that controls the charge function in a Level 2 charger. Being the master enables charging future battery chemistries for which no charge algorithm currently exists. Level 3 is a hybrid charger accommodating batteries with SMBus protocol, as well as regular batteries. Level 3 is the preferred system as the charger charges regular batteries and takes control when SMBus communication fails. Level 1 chargers only supported a single chemistry and have been discontinued.

To maintain SoC accuracy, a smart battery requires periodic calibration. Without the ability to calibrate in the field, the device manufacturer advises a periodic full discharge in the device. The service resets the discharge flag which is followed by a full charge to reset the charge flag as illustrated in Figure 1. Calibration thus establishes a linear line between a full and empty battery to measure SoC. In time, the line will blur again and a recalibration is needed. Device manufacturers advise to calibrate smart batteries every three months or after 40 partial discharges. The need to calibrate is recorded by the Max Error metric. A number 1 reflects a calibrated battery; higher figures indicate the need for service. 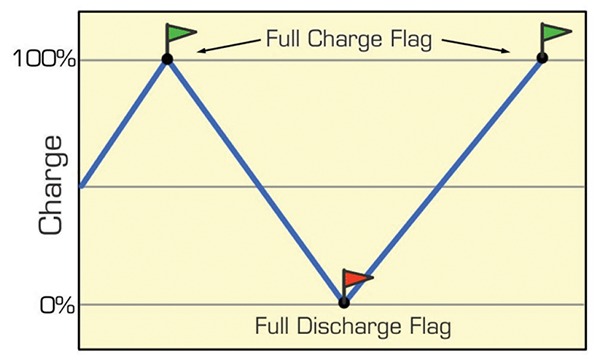 A charge-discharge-charge calibration cycle as shown in Figure 1 does not correct loss of capacity. Even though the SoC gauge shows 100%, a fully charged battery with a usable capacity of 50% can only deliver half the specified runtime. As the battery fades, the energy container shrinks, and Figure 2 exemplifies this phenomenon by adding rocks. 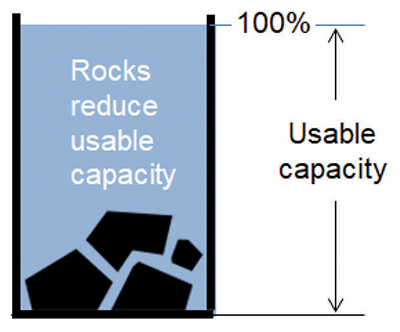 A battery must also have a low internal resistance (Ri) to deliver power. Although capacity loss and rising Ri do not correlate, a definite runtime is only guaranteed if Ri is within specifications. Capacity is the leading health indicator that gradually fades. It’s mostly capacity that governs usability and replacement when reaching a low threshold point that is typically 80%.

Testing in our laboratories revealed that, on one-third of smart batteries tested, the correlation error between FCC and usable capacity was greater than 5%. Depending on how a battery is used, the internal fuel gauge tracking FCC can drift out of calibration which will also affect SoC accuracy. Users will experience a battery suddenly dying when it indicated 20% SoC just moments before.

In addition to SoC, modern smart batteries feature impedance tracking to assess SoH by counting in-and-outflowing coulomb (the amount of charge delivered by 1A of current in one second). An analogy is a glass holding a liquid content of 20% that is being filled to 100% while measuring the inflowing energy. Residual capacity plus added charge reveals the usable capacity, as Figure 3 illustrates. 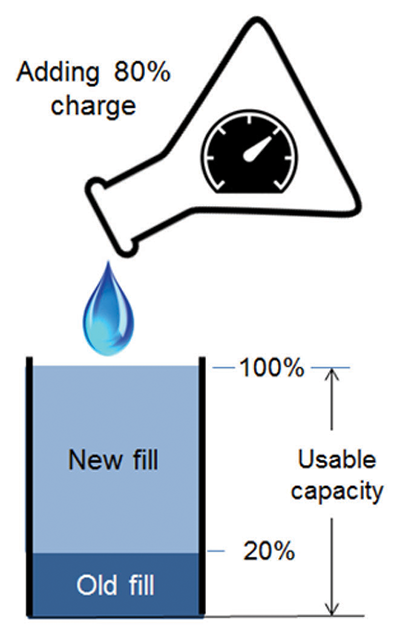 Figure 3: Capacity is the sum of residual charge plus energy added

Impedance tracking requires assessing the remaining charge (old fill) before recharge. The smart battery does this by measuring the open circuit voltage (OCV), a value that is compared against a reference curve matching the battery chemistry. Because of agitation after a charge and discharge, rest periods are needed to reach voltage equilibrium for SoC estimation. An after-charge needs a minimal rest of two hours; an after-discharge requires a five-hour rest. The system also adds temperature compensation as cold and heat affect the cell voltage.

Despite these precautions, the smart battery loses accuracy and requires occasional calibration. A formal calibration should be done with a battery analyzer to also reset the Max Error because a full cycle does not do this. Battery analyzers also display the usable capacity and Ri to verify SoH.

Before replacement, all batteries should be serviced with a battery analyzer as smart batteries often fail because of digital defects. A calibration may need to be repeated to get the best results. Battery analysis lowers the total cost of ownership and protects the environment by helping to increase a battery’s anticipated useful life.

The BMS in an electric vehicle (EV) works similarly to a portable smart battery, but the driver is relieved of calibration. We ask: “Why does my smart battery need calibration while the EV goes free?” The answer lies in self-calibration that applies to both EV and smart batteries featuring impedance tracking.

Self-calibration utilizes given field opportunities that occur naturally to establish SoC orientation points (SoC-OP) as shown in Figure 4. These points are established when the battery is either charging or discharging and is allowed to reach an equilibrium voltage. Measuring the amount of charge or discharge transferred between two points allows the BMS to update its internal estimate of capacity. Self-calibration works best when the SoC‑Ops are spaced far apart. 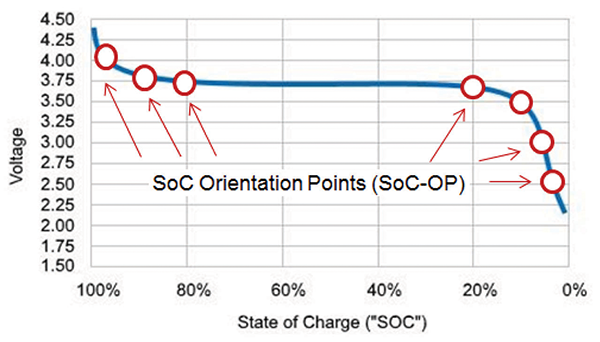 Figure 4: SoC orientation points are set and readjusted with opportunity

A low SoC-OP typically occurs at the end of a day or after a full discharge. A deliberate delay before charging will provide the required rest period to solidify the low SoC-OP; a rest after a full charge sets the high SoC-OP to complete self-calibration. These functions occur naturally during normal use and can be augmented by a thoughtful battery user.

EV batteries use a similar principle, a method that can also be enhanced with clever timing between use and charge by the vehicle owner. Because of the flat discharge curve of a Li-ion battery in the mid-SoC range, the best SoC-OP locations are below 30% and above 70% SoC. The LiFePO (LFP)1 in the lithium battery family has a very flat midrange curve, but the more popular NMC has a measurable mid-charge tilt. Knowing these characteristics, an EV battery can be calibrated without tools by following this procedure:

Calibration can improve range prediction by up to 80km (50 miles), but the service may need to be repeated. Some service centers provide formal calibration for given EVs but this is expensive and time-consuming. Battery calibration is recommended once or twice a year and when buying a used EV.

Batteries in energy storage systems (ESS) share similarities with the EV battery in that the installation contains modules of serial and parallel-connected cells managed by a BMS. Most ESSs are monitored by observing cell voltage, load current, and temperature. Voltage and current measurements enable SoC and Ri readings, but capacity assessment to determine the end-of-life on capacity is not attainable. Some ESSs include artificial neural networking3 by “massaging” big data to assess SoH. Self-calibration with impedance tracking can also be used for ESS applications.

The SMBus is not the only communication channel for a smart battery. The controller area network (CAN Bus)
is a vehicle bus standard that allows the battery to communicate with a host system. Developed by Robert Bosch in 1983, the CAN Bus is primarily used in hybrid vehicles, including e-bikes, drones, and robots.

With thousands of cells connected in series and parallel,4 a cell imbalance can occur in time. Best cell balancing5 happens at the battery assembly plant by using quality cells that are tightly matched in capacity. Cell balancing is not as effective as calibration because the weak cells remain weak, even after being fully charged. Cell balancing does not correct a battery pack in the same way calibration does.

The modern smart battery self-calibrates when given the opportunity during a charge or undisturbed discharge if given sufficient rest in between to establish the SoC‑Ops. The best results are achieved by applying a formal calibration with specified rest periods on a battery analyzer. Periodic calibration is also recommended for the EV. The smart battery is indeed smart but, left under-serviced, the reading can get off by 10 to 20%. Unless regularly calibrated, SoC and FCC data of portable batteries should be taken as reference readings only.