Is it safe to use cellphones on airplanes? The real question should be: “Is it safe for passengers to use any electronic equipment on airplanes?” My older notebook computer interferes with VHF Channel 11 on my TV. My newer notebook doesn’t, but my older one didn’t when it was new, either. And when I’m in my home office with the FM radio on, I always hear a buzz on the radio just before my cellphone rings. Granted, aircraft may not be using the VHF and FM bands, but if these devices cause interference on these bands, how can we be sure that they’re not causing interference on other bands?

(Letter from Michael L Nelson responding to the article mentioned in Banana Skin No. 363 above, in “Forum” in the IEEE Spectrum, May 2006, page 4.)

Holden Commodore, Statesman, Monaro and Crewman models fitted with side airbags are being recalled after some cars were found to have earthing problems which may inadvertently deploy a side airbag. Holden says the deployment can occur when the car is stationary and is caused by a static discharge as an occupant exits the car. Owners can call their Holden dealer for a simple fix, which involves fitting two small earthing springs and takes just a few minutes.

This veritable cocktail of spectrum and services is leading to a more challenging interference scenario – and not just in the US. As services operating in neighboring frequency bands are co-located, significant – and initially unforeseen – interference issues can arise.

This has already been observed extensively in China and Brazil, where a “cross-pollination” of 900‑MHz Global System for Mobile communications (GSM) and 800‑MHz code-division-multiple-access (CDMA) services exists. In such cases, GSM services have suffered significant interference – and hence quality problems – as the direct result of co-location with CDMA.

Similar issues are also being experienced by US carriers with other combinations of services – and such problems will only increase with increasing demands for wireless bandwidth and services.

368. Optical microphone has no emissions and is unaffected by interference

The Security Optical Microphone (SOM) from Winkelmann UK Kingfisher is used by many law enforcement agencies. Unlike traditional microphones, which can be detected using a conventional detector during a counter surveillance sweep, the SOM uses fibre optic technology and an extremely small 6mm diameter head which, when installed, is invisible to all but the most rigorous searches, and it is unaffected by interference (a major source of induced noise in conventional equipment).

UK Defence specialist QinetiQ is to supply Space Communications Corporation of Japan with a geolocation system that will allow the Tokyo-based company to identify and accurately locate the source of any interference to its satellites. The US Department of Defense bought three such systems last year. Nigel Smith, QinetiQ’s satID commercial director in the USA, commented: “Satellite interference is a growing problem for both military and commercial operators and satID provides a rapid and effective solution to that problem.”

370. AC motor and contactor interferes with satellite receiver around 4GHz

I have a 3 phase 480V 50A contactor and motor causing interference to a C-band satellite receiver in the 3700-4200MHz range, what are some options to prevent this?

In this instance, the Commission acted on complaints from the National Telecommunications & Information Administration, the Department of Transportation and other federal agencies which had expressed concern that the GPS re-radiator equipment could potentially interfere with government GPS operations.

(From “FCC Continues to Crack Down on Marketing of Unauthorized Equipment,” in the News Breaks section of Conformity magazine, June 2006, page 10.)

As we’ve previously reported (see Conformity May 2006, page 8) the Federal Communications Commission (FCC) recently proposed a US$1 million forfeiture against Behringer USA, Inc. for illegally marketing over a five year period as many as 66 different models of mixers, amplifiers and digital effects processors, none of which had been verified for compliance with FCC requirements.

(From: “FCC Continues to Crack Down on Marketing of Unauthorized Equipment,” in the News Breaks section of Conformity magazine, June 2006, page 10, The complete text of the FCC’s Notice of Apparent Liability against Behringer can be found at http://www.fcc.gov/eb/Orders/2006/FCC-06-13A1.html, also available in Word and PDF versions.)

Q: My 45,000 mile four-year-old Hyundai Accent 1.3i sometimes cuts out, although it restarts almost immediately. I took the car to my local mechanic, but after three hours (and £140) he was unable to isolate the problem. He thinks the ECU might have failed.

A: This is happening to quite a lot of cars at present. It seems that powerful electric fields emitted by power lines and government establishments upset vehicle electronics – it’s a particular problem when cars have CAN-bus multiplex wiring systems.

(From the “Honest John” column in the Daily Telegraph’s Motoring section, Saturday May 27 2006, page 9.)

Fire detectors close to a light fitting may pick up electrical interference, resulting in false alarms or, even worse, the masking of a real alarm. Detectors affected must be moved.

The railway industry is very conscious of the public’s perception of railway safety and for this reason there is little published information relating to interference with railway systems from hand-portable radios. Where such information is in the public domain, then the information is couched in general terms and does not make specific reference to individual incidents.

It should be noted that where the railway authorities have concerns (possibly based on experience) that interference from hand portable radio constitutes a hazard then mobile radios are excluded from areas where susceptible equipment is located.

The results of interference from hand portable radio can be broadly broken down into two areas:

This type of interference is not covered by this paper other than instances where the susceptible equipment is part of a larger system.

2) System Interference: – Interference with equipment and/or systems that are essential to the operation of the railway and which may be safety critical.

System Interference: The distributed nature of railway systems together with their built-in safety features makes it difficult to isolate particular interference incidents. For this reason much of the information in the public domain is not specific. It should also be noted that the safety regimes presently in place in the railway industry would implement changes to equipment and/or operational procedures in order to reduce any safety issues to acceptable levels.

Examples of interference to railway systems that are in the public domain are:

a) Interference with train or signalling systems. Ref [1] makes the following statement “It is not expected that mobile communications will pose a threat to these systems although it has been noted that problems have occurred with stopped trains and technicians have been advised not to use BAND III radio in these areas.”

b) Interference with trains. Ref [4] indicates that some older electronic equipment has been found to be unexpectedly sensitive to emissions. Examples of this are the brake units fitted to HST power cars which were found to be affected by mobile telephones and NRN radio.

c) Interference with signalling systems. Ref [9] states: “In South Jutland, the Danish state railways, DSB, have forbidden mobile phones on all marshalling yards in the district. The reason is that GSM telephones have caused the signal system to switch from green to red, and have also caused interference in the ticketing system used.”

Supporting these incidents in the public domain there are the well known restrictions within the majority of European railways against using hand-portable radios in locations which contain safety critical equipment, e.g. Signalling Equipment Rooms. Railways that are known to implement such restrictions are Network Rail, London Underground and CTRL.

While the number of reported incidents in the public domain is small, the fact that major railway operators have excluded hand portable radios from sensitive areas leads to the conclusion that there is a perceived problem with interference from hand portable radios within railway systems.

In the preamble to the EN 50121 standards (the EMC standards used by the Railway Industry to achieve conformity with the EMC Directive – Editor) the following statements are made:

Safety considerations are not covered by this standard. In special situations, where the level of disturbances may exceed the levels considered in this standard, e.g. at a special location or where a hand-held transmitter is used in close proximity to an apparatus, then special mitigation measures may have to be employed.

(Extracted from: “The Use of Hand-Portable Transmitters in the Railway Environment” by John Whaley, presented at EMC-UK 05, Newbury, October 11-12 2005, pages 84-91 in the conference record.)

In the development cycle of a certain automobile, it was found that the pump motor for the windshield washer was creating interference and causing an ABS warning light to activate. This vehicle’s brake lines were coated with a new material which had a much higher conductivity than on older models.

It was later determined that the pump motor was generating a transient that was directly coupled to the ABS module by the new conductive coating on the brake lines. This transient was interfering with the ABS module and activating the ABS warning light.

A capacitor was placed inside the pump motor housing and the housing material was changed from plastic to aluminium to fix the problem.

(From: “The Back Page…Examples of EMC Related Problems” in the EMC Society of Australia Newsletter, June 2006, Issue No. 33.)

Patients are at risk if medical apparatus malfunctions due to EMC interference from mobile phones. There are several types of equipment which can be subject to interference. Infusion pumps can cause equipment malfunctions on dialysis wards, by racing or fluctuating in speed. This results in patients receiving the wrong dosage. The temperature level of incubators has been affected. Reports have been received that the temperature of incubators has been set at the maximum level. Ventilators have malfunctioned. On one occasion, an electrically-driven wheelchair was caused to move unintentionally by the communication radio in a taxi. The handicapped person involved asked the taxi driver to use his radio again to confirm that it was actually causing the wheelchair to move and it was.

(Taken from “Application Areas for MobilePhoneGuardTM.”) 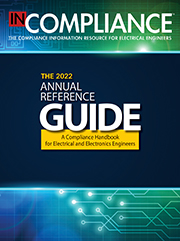