Browsing through EMC & Compliance Journal today I am reminded of a very obvious form of RFI generated at home. We are all aware of TVs and radios being affected by vacuum cleaners, food mixers, mobile phones, and the like (and some cars, but far fewer these days), but a more specific form of interference has exhibited itself ever since I was given a DAB radio for Xmas by my better half.

When switching low-energy bulbs on or off in the vicinity of the radio (but as far as 5m away) reception is, as often as not, completely halted for a second or so, a much more ‘catastrophic’ event than the usual crackle from conventional AM/FM radios. Such is the price of progress!

323. Self-inflicted EMC problems in the military

Banana Skin number 6 refers to EMC problems during Desert Shield and Desert Storm. EMC problems can be self-inflicted; I remember seeing a radio listener’s report on a USENET forum that tactical inter-plane chatter was heard in the US on the US Navy UHF satellite outputs, apparently from aircraft in the initial attack waves of Desert Storm. This seems to have been due to frequency coordinators unknowingly assigning attack frequencies in the satellite uplink range.

We had a receiver noise problem with a ‘C’ Band SNG van when the dish was pointing near the horizon (over the air con unit). We were getting random loss of signal (broadcasters NOT happy!). Investigation (with a spectrum analyser probe near the motor body) revealed that the (DC brushless) fan for the air-con unit was radiating a strong comb spectrum from the 150KHz-ish of it’s SMPSU up to over 6GHz and a reduced level was still detectable at 14GHz! It seems that the (CE marked!) motor of Italian manufacture (used extensively for vehicle radiator cooling as well as in air-con units) recently had it’s die-cast motor end plate changed to a plastic moulding (plus perhaps newer faster switching transistors?). The un-shielded motor/electronics was therefore radiating quite strongly.

Our solution was to fit a metal disc/plate over the motor hub (a screen between the source and our 1.2M dish antenna). This effected about a 20dB improvement and enabled the system to work as intended (signal now above rather than below the interference!). I suspect that if any EMC testing was performed, the type of product would suggest that only conducted and power clamp measurements should be performed and NO radiated emissions (certainly not above 1GHz). After all a DC motor cannot cause many problems can it????

Unfortunately it seems even small low power internal air circulating fans of the brushless DC type produce quite heavy conducted and some radiated RF. Some of our products have had problems with fan EMC within a unit. We now, as a matter of course tightly twist the wires and sometimes add a common mode choke to the fan feed to avoid noise on the 5V, or 12V rails corrupting signals and data within our broadcast encoders etc.

325. TV antenna boosters the cause of interference from new radio service

The new emergency services radio system, called Airwave, has been blamed for interfering with television reception, but where problems occur the fault lies with the filters on domestic aerial amplifiers. Trade and Industry minister Steven Timms, in a Parliamentary written answer, said: “Ofcom is aware of instances of interference to domestic installations from Airwave radio base stations. In all the instances so far investigated the consumer’s own masthead aerial amplifier, used to boost weak signals, has had a pass-band wide enough to boost the television signal and, inadvertently, the unwanted radiocommunications signal.”

Airwave is being rolled out across the Great Britain for police and public safety communications, with completion due by 2005, when existing frequencies will be withdrawn. It is a digital system based on the ETSI-approved Tetra (Terrestrial Trunked Radio) standard. Mr Timms went on: “Testing has shown that the Tetra transmitters were operating correctly and within their designated licence parameters. In most cases a suitable filter fitted between the masthead amplifier and the TV aerial will resolve the interference, and affected residents have been advised to have such filters fitted. As a goodwill gesture Airwave has arranged for filters to be fitted to the affected television installations in certain circumstances.”

In south Jutland, the Danish state railways, DSB, have forbidden mobile phones on all marshalling yards in the district. The reason is that GSM telephones have caused the signal system to switch from green to red, and have also caused interference in the ticketing system used.

Northwest Florida Daily News reported that Air Force officials say high speed and wireless internet connections are interfering with their tracking radar at Eglin Air Force Base, Fla. The radar is a vital tracking tool for high-tech weapons over the Gulf of Mexico. They notified Okaloosa County officials, who responded by warning that if the interference were intentional, violators would be fined and their equipment confiscated. The troubled frequency band is in the 5.6 GHz to 5.8 GHz range.

“There are evidently people who are firing up (wireless Internet) hot spots without (Federal Communications Commission) licensing,” County Manager Chris Holley said. He said Air Force officials told him the interference is infrequent but that they hope to stop the trouble before it becomes widespread.

(Taken from the “From the Grapevine” section of the Joint E3 Bulletin, Volume 11, Issue 2, April 2005, A Publication of the U.S.A. Department of Defense. The article was originally called “High Speed Net, Wi-Fi Interfering with Military Radar” and was sent in by Terry Dunford of the CAA, https://www.caa.co.uk. Terry would like to point out that in the UK, meteorological radars work on 5.6 GHz.”

328. Many WLAN products returned to stores due to interference

Interest in using smart antennas in Wireless LAN (WLAN) and mobile networks is gathering pace, according to Tim Berghuis of US-based InterDigital Communications. Mr. Berghuis, who was demonstrating the company’s AIM (adaptive interference management) antenna at the recent 3 GHz Global System for Mobile (GSM) World Congress. He stated that, “On the WLAN side there’s been lots of interest; and we’re seeing quite a bit of interest on the mobility side – both GSM and Code-Division Multiple Access (CDMA) 2000.”

Berghuis noted that the “bigger problem” lies with WLAN, which accounts for approximately 25 percent of the products returned to stores because customers cannot get them to work. Berghuis said, “People hook it up and it’s not working and we think a good portion of this is attributable to interference.”

(Taken from the ‘From the Grapevine’ section of the ‘Joint E3 Bulletin’, Volume 11, Issue 2, April 2005, A Publication of the U.S.A. Department of Defense. The article was originally called “3GSM: Interest rises in Smart Antennas” and was sent in by Terry Dunford of the CAA.)

In a follow-up to a long running story, sources throughout Europe are reporting that an Italian court has convicted a Roman Catholic priest and a cardinal of polluting the atmosphere with powerful electromagnetic waves. Cardinal Roberto Tucci and Father Pasquale Borgomeo were given 10-day suspended jail sentences and ordered to pay damages and court costs. Earlier two scientific studies had suggested that the cluster of powerful broadcast towers north of Rome could be responsible for the high cancer rates in the area.

Earlier court actions were thrown out because of a now over-turned ruling that Italian courts had no jurisdiction over the Vatican, which is a separate sovereign state. Vatican Radio Program Director, the Reverend Frederico Lombardi, vowed to appeal. 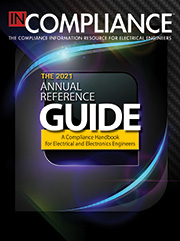