Electromagnetic effects can cause impressive disasters that urge us to control the problem. One example is the catastrophe with H.M.S. Sheffield during the Falkland crisis. An Exocet missile hit this frigate because its search radar was switched off (preventing its anti-missile weapons from being used – Editor) It was switched off because it was known that the satellite communication system was interfered with by this radar.

At the time of the disaster some officers used this communication link to talk with their prime minister…..The ‘disaster philosophy’ is already known to many EMC-engineers who every now and then make use of a disaster to get new budgets.

The case in the Rotterdam harbour is an ‘old case’ of about 15 years ago: we have installed X-band (1 kW) radars for Vessel Traffic Control and due to one of these transmitters the steering machine of a small towing ship was influenced in such a way that the ship hit the quay.

In the late 1960s and early 1970s the International Research and Development Company Ltd (IRD) of Newcastle upon Tyne were engaged in the building of prototype superconducting DC machines. These were of the homopolar type, in which a conducting disc armature with brushes near the shaft and at the perimeter rotates in the axial field with a maximum field strength of several Tesla produced by a large superconducting coil.

The field coil had to be cooled to 4.2 degrees Kelvin and one of the most difficult aspects of the design was to minimise heat conduction to the coil via the current leads. The solution was to weld a long tube to the top of the cryostat through which long current leads were taken and to suspend the coil from the top of the tube by means of thin high tensile wires in a bifilar suspension. The coil was in essence freely hanging. Now in a normal DC machine there will be a torque reaction on the field winding structure when delivering power, but a feature of the disc type homopolar machine is that the conductors feeding current to and from the armature brushes take the reaction and not the field coil.

Thus it was that the 50 HP prototype with its freely suspended field coil was tested in the laboratory satisfactorily. IRD then scaled up the 50 HP motor to a 3.25 MW boiler feedpump motor that, after much tribulation, was finally installed at Fawley Power Station. The great moment came when the refrigeration systems were finally working and after about a week the coil resistance had reached zero. The field power supply was gradually switched on and then suddenly there was an almighty clunk as the massive field coil in its wrapping of mylar superinsulation banged against the cryostat walls. This was not supposed to happen and the structure was not designed for this eventuality!

What everyone had forgotten was that there would be massive amounts of steel in a power station and it was to this steel that the energised coil was attracted. Much time was then spent positioning additional steel masses in appropriate positions around the power station to neutralise the attractive forces. These masses had to be strongly bolted down, otherwise they would have taken off and crashed into the cryostat.

Two Norwegian computer users have found that wireless keyboards may be a security risk, after they accidentally transmitted their typed words to each other’s computers 150 metres away.

244.  Pros and Cons of using wireless information technology in hospitals

Since the 1960s, there have been reports [1] that electromagnetic interference (EMI) can cause critical-care medical devices to malfunction. Such malfunctions have caused inappropriate therapy, patient injury, mortality, or have had the potential to do so. Fortunately, such incidents are rare, and the incidence of such malfunctions appears to be declining with time. However, vigilance is still required because (1) the electromagnetic compatibility (EMC) of many new radio-frequency (RF) sources and new medical devices being introduced into healthcare is unknown, and (2) there will be a substantial increase in usage of wireless information technology needed by healthcare but the EMC of such technology is unknown.

The latter need has been highlighted by reports that perhaps 1 out of every 200 patients admitted to US hospitals die due to medical errors, an annual rate exceeding that due to automobile accidents or due to heart disease. In the vast majority of cases, excellent physicians and medical staff make such errors because they do not have access to appropriate information (e.g., medication errors; current information unavailable). At least some of these deaths would be preventable if wireless information technology were widely used. However, the associated increased RF emissions may cause increased medical-device malfunctions.

It is submitted that the new millennium will pose greater EMI challenges for healthcare professionals due to two emerging phenomena. The first is the integration of wireless technology into many medical devices for monitoring control and intercommunication purposes. Thus with the addition of digital and wireless technologies, many therapeutic devices will have tripartite functionality. The second important phenomenon will be the integration of wireless technology into the physical infrastructure of hospitals (smart building concepts) for monitoring, control, tracking, record-keeping and intercommunication (of equipment and personnel purposes).

At present, a small number of hospitals are integrating the operation of the cellular telephones of their healthcare staff into the hospital PBX system, but ‘digital hospitals’ concepts are emerging which will integrate which will integrate fully both wireline and wireless communications into the physical infrastructure of the healthcare facility. Obviously, these phenomena have the potential to increase the ambient level of electromagnetic energy within hospitals and they call for comprehensive EMI strategies.

246.  FDA records over 500 incidents of interference with cardiac pacemakers

FDA has evaluated reports of medical device malfunctions caused by electromagnetic interference (EMI), performed device testing, and developed standardized test procedures. Over 500 incident reports are suspected to be attributable to EMI affecting cardiac pacemakers. More than 80 of these reports involve cardiac and other medical device interactions with electronic security systems.

EMI presents a risk to patient safety and medical device effectiveness that is likely to continue as the use of electromagnetic energy in the medical device environment increases (e.g. cell phones, security systems). 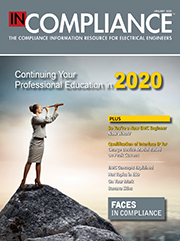