The 2014 document scope now includes devices with withstand voltages greater than 100 volts HBM (no change), 200 volts charge device model (CDM), and 35 volts on isolated conductors. Changes in the standard were made to support these additions to the scope. The 200 volts for CDM is for the induced CDM event by insulators.

While some CDM control has always been implied in ANSI/ESD S20.20, the standard now explicitly states it in the scope. Changes in insulator control support the scope with the addition of controls within one inch of an ESD sensitive item. The 35 volts on isolated conductors acknowledges that all conductors may not be able to be grounded. There is a section added in ANSI/ESD S20.20 on the requirements for isolated conductors and what needs to be evaluated.

In the 2014 version, the resistance method (Method 1) has been eliminated and the requirement is now both a resistance and walking test. There has been data presented at various symposia that, even with a total system resistance of 3.5 x 107 ohms, a person walking on the floor can generate sufficient voltage to exceed the 100 volt requirement. For comparison, the 2007 and 2014 tables for personnel grounding requirements are shown in Table 1 and Table 2.

Changes to Table 3 in the 2014 version include the following:

Electrical soldering/desoldering hand tools were also added as a requirement to Table 3. This is new to the 2014 version and was not in the 2007 version. Revisions have also been included in ANSI/ESD S13.1 and ESD TR53 to support the additions to the Table. 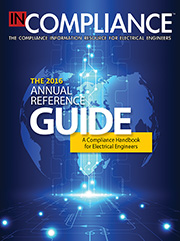