A Brief History of Horns: From Early History to Latest Developments

Unlike so many technologies in use today, horn antenna history actually started more than a hundred years ago. This short article introduces the reader to the history of horns from the early experiments of radio pioneers to the “horn boom” during the 1940s and 1950s. The article ends with the latest evolution of horn antennas.

An antenna is a device that radiates and receives radio waves. Although most readers are likely familiar with what an antenna is, before we start our discussion on a specific family or type of antenna, it is helpful to start by defining what an antenna is. There are different methods or mechanisms by which an antenna radiates. We all are familiar with resonator antennas. Dipoles are a clear example of this type of antenna. In resonant antennas, there is a movement of charges as the energy changes between the electric field and the magnetic field. This movement of the charges on the antenna causes the field lines to vibrate, generating waves that propagate in free space away from the resonant antenna. Figure 1 shows this type of behaviour. Another mechanism by which antennas radiate is by having an impedance transition that causes the energy being propagated in a transmission line to be launched into free space. Horn antennas are a travelling wave antenna. Their method for radiation is based on a wave impedance transition from the transmission waveguide or line to the impedance of free space. Figure 2 shows this mechanism of radiation on a horn antenna. 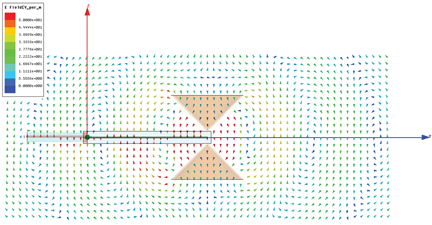 Figure 1: A modified shaped dipole (biconical) radiating; an example of a resonant antenna.

Figure 2: A pyramidal horn radiating; an example of an impedance transition between the transmission line and free space.

We tend to think about electromagnetic technology as a new or modern development. The fact is that more than 100 years ago the early pioneers in electromagnetism were experimenting with horn antennas. Sir Oliver Lodge (1851-1940) demonstrated microwave waveguide transmission lines in 1894. From there we just need to go one step further to get a horn antenna. The man that took the step three years later in 1897 was Sir Jagadish Chandra Bose (1858-1937). Bose’s horn operated in the millimetre wave range and was able to ring bells and ignite powder at a distance during his experiments in Calcutta. His horn and waveguide were circular. These experiments and use of horn antennas makes Bose the father of this type of antenna and of millimeter wave technology. Incidentally, Bose performed some of his experiments in the 60 GHz range which is becoming popular nowadays with the advent of Wireless HD technologies and industry standards such as IEEE 802.15.3c for Personal Area Networks (PAN) [1].

As discussed in [1], many of these concepts invented in the 1890s faded away. Ideas such as parabolic reflectors and waveguides faded. Horn antennas were no exception. By 1900, horn antennas faded away. The 1930s saw a return of horn antennas and other discoveries in antenna technology conducted by the 1890s pioneers. Horns were investigated in detail, especially in the decimeter and centimeter range.
The beginning of WWII brought an explosion in microwave antenna development. The horn antenna is an ideal antenna for these frequencies encountered during WWII so we saw more development during this period.

The 2/1 ratio rectangular waveguide became the common transmission line, although other ratios were used (Figure 3) for the centimeter wavelength. The waveguide was then flared creating the popular and common pyramidal horn shape. 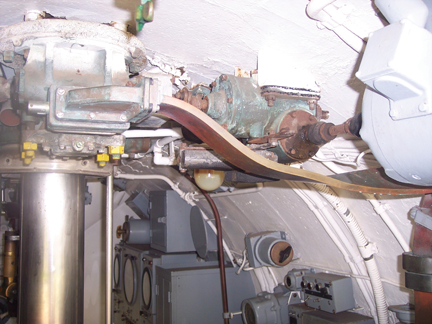 To improve the radiation pattern of these pyramidal horns, especially when being used to feed larger reflectors’ metallic lenses (Figure 4); in some cases dielectric lenses were used. Like horns, dielectric lenses are not a new development as Bose and other pioneers also conducted experiments on this type of structure.

One of the drawbacks of horn antennas is that they are large. As we move to the UHF and VHF ranges, horns become very large. A high gain horn operating in the 150 MHz range can have a size exceeding 200 inches, or in the range of 124 inches, including apertures. Yet horns of this size are sometimes used. The “Big Ear” used in the early days of radioastronomy was a large shaped horn antenna. In high field and pulse immunity testing, sometimes horns of those dimensions are used. But in general, horns are not popular at frequencies in the 100 MHz to 500 MHz range. Their other drawback is their narrow band. The bandwidth of horn antennas was first improved by the use of ridges. The ridges improve the bandwidth in the same manner that they improved it in waveguide technology. Ridges support the required radiating mode for a wider bandwidth.

The Double-Ridged Guide Horn antennas and their cousins, the dual polarized quad-ridged horn antennas, remained as originally introduced for about two decades. With the beginning of the new millennium, and the growth in wireless technology, there is an added need for measuring these wireless devices. Directive broadband antennas are now the preferred technology. A series of improvements have been made for these technologies, including the introduction of Open Boundary Horn antennas that increase the wavelength and stabilize the beamwidth of the pattern [2-5]. The development of these open horns has extended into the low frequencies where horns were rarely used previously (Figure 5). 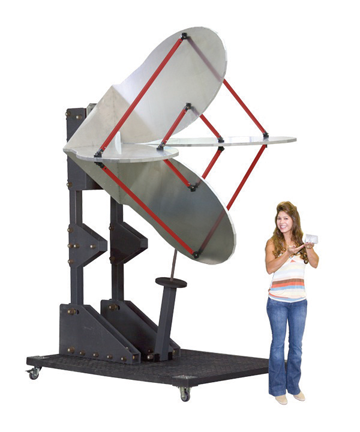 What is the next step? Material technology is going to push, in the opinion of the author, the next development in horn antenna technology. Frequency selective materials can be used to create broader band horns as suggested in [6]. Fabrication techniques will also improve; for example, horns can be fabricated of lighter weight dielectrics coated in conductive surfaces. Whatever the direction taken in the future, the concept and the laws describing their behaviour will be the same as those that described the behaviour of Bose’s horn antenna more than 100 years ago.

Conclusion
This article has provided a brief introduction to the history of horn antennas. It is our goal that this will increase the interest of the reader into the history of technology and electromagnetic theory. The article has also briefly stepped into the dangerous realm of guessing the future developments of this technology.

Vicente Rodriguez attended Ole Miss, in Oxford, MS, where he obtained his B.S.E.E. M.S. and Ph.D. in 1994, 1996 and 1999 respectively. After a short period as visiting professor at the department of Electrical Engineering and Computer Science at Texas A&M University-Kingsville, Dr. Rodriguez joined EMC Test Systems (now ETS-Lindgren) as an RF and Electromagnetics engineer in June 2000. In September 2004 Dr. Rodriguez took over the position of Senior Principal Antenna Design Engineer, placing him in charge of the development of new antennas for different applications and improving the existing antenna line. In addition, in 2006, Dr. Rodriguez took over the duties of Antenna Product Manager, placing him in charge of development, marketing and maintenance of the antenna product line. Dr. Rodriguez is the author of more than fifty publications, including journal and conference papers as well as book chapters. Dr. Rodriguez holds patents for a hybrid absorber and for a new dual ridge horn antenna. Dr. Rodriguez is a Senior Member of the IEEE and several of its technical societies. He is also a Senior Member of the Antenna Measurements Techniques Association (AMTA), as well as a member of the board of directors of AMTA. Dr. Rodriguez is an active member of the Applied Computational Electromagnetic Society (ACES). He is an Associate Editor of the ACES Journal and has served as a reviewer for the ACES Journal and for the Journal of Electromagnetic Waves and Applications (JEWA). He has served as chair of sessions at several confereces of the IEEE, AMTA and CPEM. Dr. Rodriguez is a Full member of the Sigma Xi Scientific Research Society and of the Eta Kappa Nu Honor Society. Dr. Rodriguez can be reached at Vince.Rodriguez@ets-lindgren.com. 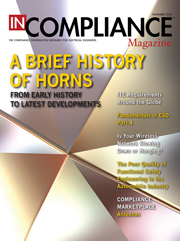