Editor’s Note: Due to the overwhelming amount of positive feedback from the September 2013 issue of In Compliance Magazine (pp. 42-48), a follow-up article with additional lab testing by the author was necessary to respond to an aerospace prime.

Thank you for your informative article on “Pin Holes & Staples Lead to Diminished Performance in Metallized Static Shielding Bags.” Have you considered what happens if there is an ESD discharge to the staple in a bag?

Outstanding question! If the reader will recall from last month’s article, initial lab testing was conducted by the author for Type III static shielding bags to ANSI/ESD STM11.31-2012. According to the ESD Association, “This standard test method provides a method for testing and determining the shielding capabilities of electrostatic shielding bags.” 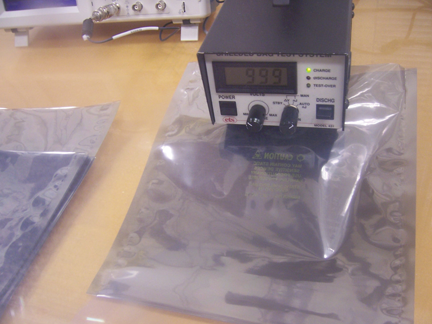 Subsequently, the author subjected a stapled bag to ANSI/ESD STM11.31 testing with a staple in close proximity to the capacitive probe as illustrated in Figure 3. 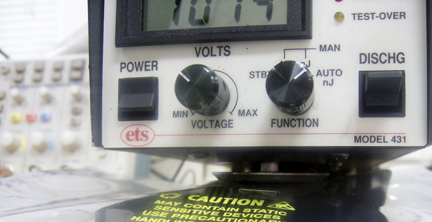 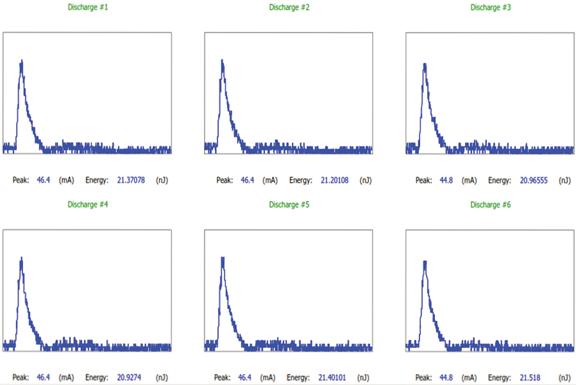 Therefore, an average discharge energy (nanojoules) seen inside the bag from the offset staple in close proximity to the capacitive probe at 1kV discharge measured was 21.23 nJ.

In this brief overview, another stapled bag was positioned under the ANSI/ESD STM11.31 capacitive probe fixture, slightly offset, before undergoing a 1kV discharge (Figure 5). A whopping 876.38 nJ penetrated the bag when a metal capacitive probe discharged onto the metal staple. 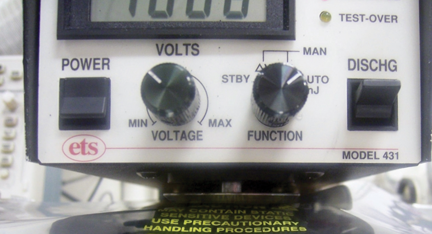 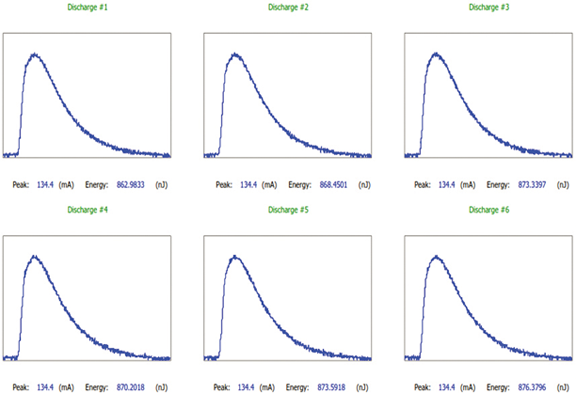 Consequently, final testing took place when the capacitive probe was firmly clamped into place and directly centered over the staple as illustrated in Figure 7. And, as Figure 8 illustrates, an impressive 1078.27 nJ penetrated the bag! 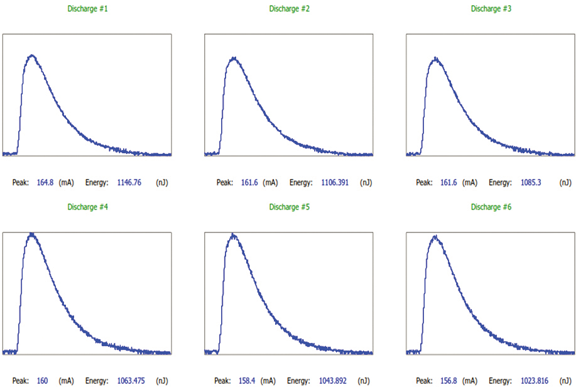 From Table 1, the reader can review the entire data tested at 12%RH, 73.40F after 48 hours of preconditioning.

In short, one could conclude that stapling a bag is an egregious act for ESD control. The author welcomed the defense contractor’s inquiry which in turn prompted additional analysis. One may not be able to prevent pin holes or puncturing of a static shielding bag, but the unconventional act of stapling bags can be reined in so as not to compromise the integrity of an ESD control program. The reader can review the previous article on the risks of pinholes and staples by clicking here. 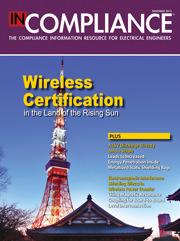