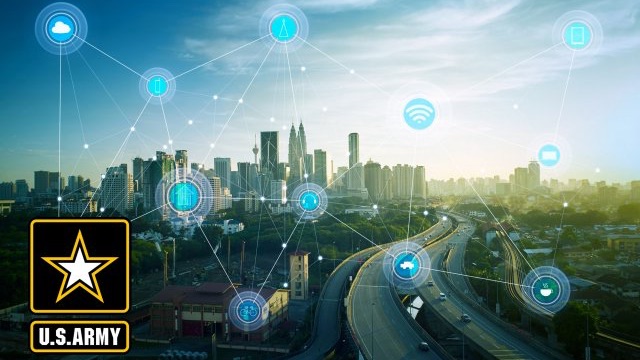 The United States Army is taking a look at smart cities, and how they could be utilized as a source of both communication and information. Researchers are looking at the possibility that networks of sensors could be used for a variety of services, both government and civilian. These could potentially include traffic flow optimization or environmental monitoring, to name just two ideas that have been suggested.

Smart cities are becoming increasingly common as the Internet of Things (IoT) continues to expand. The infrastructure of the IoT connects things such as buildings and signs to the internet, allowing developers to integrate a variety of different capabilities into everyday devices. They can also use the IoT to get data analytics on everything from weather changes to the flow and ebb of foot traffic in certain areas. And now the military is investigating how the IoT can be used to their advantage.

The US Army Combat Capabilities Development Command’s Army Research Laboratory is looking into ways the IoT could be potentially used in urban military operations. They theorize that the smart city infrastructure would work well with the Internet of Battlefield Things (IoBT).

The study is also looking into modernization efforts regarding digital networks. Scientists seek to create a network that is capable of withstanding an enemy, and keeping the Army primed and ready for potential attacks.

Traditional IoT systems use a collection of communication protocols that allow them to acquire and analyze data. These can vary widely based on geographic coverage, available technology, and the ratio of data being transmitted at any time.

The Army is particularly interested in researching Long Range Wide Area Network (LoRaWAN). It has the benefit of having lower power needs, coupled with an ability to transmit data over long ranges by piggybacking on the IoT infrastructures already in place.

While ideal conditions showed that LoRaWAN is capable of transmitting over 10 kilometers, this is far from the standard. There is a limited amount of empirical data surrounding its coverage, particularly when placed in a dense urban infrastructure. This could seriously inhibit the distance the system could reach, and requires further investigation from Army scientists.

Scientists ran tests used vehicle-mounted IoT transmitters in Montreal, Canada. There it was determined that the maximum transmission distance was just five kilometers from the receiver. Researchers sent three separate data transmission rates on the North American industrial, scientific, and medical 915 MHz band. While this shows that LoRaWAN can operate successfully in an urban environment, Army scientists still have to work to achieve the distance and reliability they are looking for in the new system.