Aries Electronics Names Larsen Associates the 2013 Representative of the Year

Aries Electronics, a US manufacturer of standard, programmed and custom interconnection products used worldwide, announced that Larsen Associates has been named Aries’ 2013 Representative of the Year.  This is the third time that Larsen has received the designation, having previously won in 2010 and 2008.

Laresn Assoicates, who has been an Aries representative for over two decades servicing the Northern California and Nevada territory, attributes its 32% growth in sales over 2012 to Aries’ outstanding customer service, top quality products and exceptional reputation in the industry.

Bill Sinclair, Aries Electronics’ president and CEO added, “Larsen winning the Representative of the Year Award three times in the past six years shows their commitment to their customers and to Aries Electronics.  We take great pride that our representative network offers customers the same consistent expert service we deliver ourselves.”

The award is based on the overall increase in sales as compared to the previous years’ data taking into account both the percentage increase as well as the dollar growth.  Aries analyzes the data supplied by each member of its representative network to select the company that will receive the award. 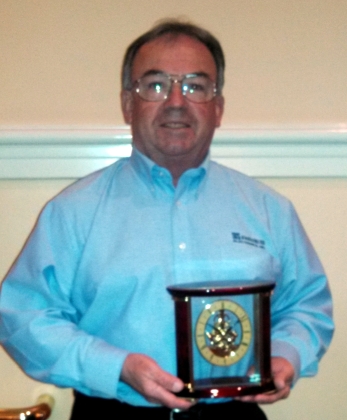