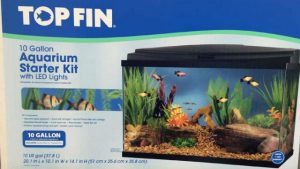 Top Fin is recalling 155,000 power filters for aquariums because a conductor on the pump motor can become exposed and electrify the aquarium water, posing a shock hazard. The filters were made in the United States and sold exclusively at PetSmart stores nationwide and online from September 2015 through December 2015 for between $15 and $64. Top Fin previously recalled aquarium heaters in 2014 and 2015 for similar hazards.

Consumers should immediately stop using the recalled filters, unplug them from the power supply, remove from the aquarium, and contact United Pet Group for a free replacement power filter.