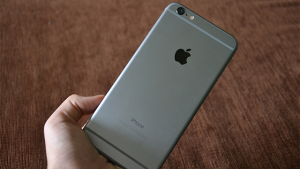 A small percentage of Apple users can now blame their blurry photos on their phones. Apple has announced that some iPhone 6 Plus phones have a defective component in the iSight camera on the back of the phone. The affected phones were mostly sold between September 2014 and January 2015. Owners of the iPhone 6 Plus can check to see if their phones contain the manufacturing defect by entering their serial number on Apple’s website. (Note: to find your serial number, tap Settings, General, then About.)

Apple will replace the phone’s camera for free if it takes blurry photos, falls within a certain serial number range, and doesn’t have any other damage that would get in the way of a repair, such as a cracked screen.