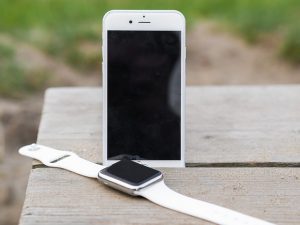 The latest rumors about Apple’s next iPhone reveal that preventing interference is higher priority than ever before. Korea’s ET News reports that Apple will apply electromagnetic interference (EMI) shielding to individual chips in the forthcoming iPhone 7. Previous versions of the iPhone have included shielding on the entire circuit board, and then the Apple Watch introduced shielding on an individual chip.

Now, Apple will add EMI shielding to a “variety of digital chips, radio frequency (RF), connectivity (wireless LAN, Bluetooth) chips and others that also include AP (application processor) and modems,” according to ET News. Apple has reportedly enlisted StatsChipPac and Amkor to process the EMI shielding in South Korean factories, using a “sputter” technique to cover the chips with an ultra-thin metal shield.

As clock signals of digital chips have increased and as diverse functions such as 3D-touch and others have recently added, reduction of electromagnetic waves have emerged as major topic of this industry. As other Smartphone businesses might be looking to apply EMI Shield technology to major chips just as Apple did, packaging and other related equipment industries will benefit a lot from this.