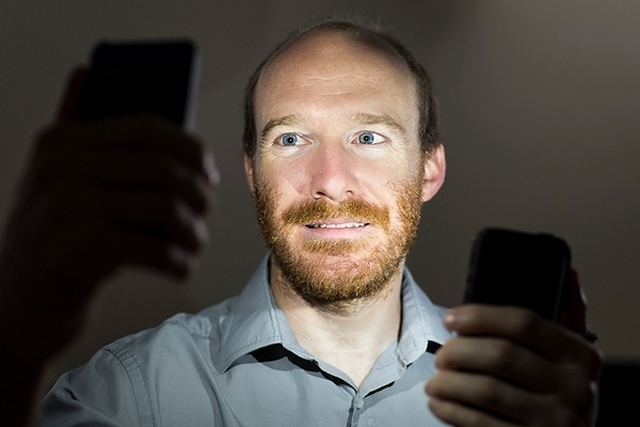 A physicist from the University of Wisconsin-Madison developed an app that allows a smartphone to capture light particles, called muons, when cosmic rays crash into the Earth’s atmosphere. The app uses the same principles found in high-energy particle detectors.

After the app is downloaded, the phone’s camera lens needs to be covered with duct tape. To capture muons, the phone is placed screen up on any surface. When a muon hits a silicon surface in the phone, it releases an electrical charge creating an image. The image is then logged, stored, and analyzed.

Read more about the app that can turn your smartphone into a cosmic ray detector.