An Alternative to Pacemakers: Gene Modification and Lasers

Doctors commonly treat slow or irregular heartbeats with electrical stimulation through implanted medical devices called pacemakers. In fact, there are about 3 million people worldwide with pacemakers, according to the American Heart Association. Although pacemakers are very effective, they do have drawbacks, especially the need for surgery and unintended damage to the body’s tissues. A team of researchers from Lehigh University has now developed an alternative called optogenetic pacing. The process involves modifying genes in heart muscle cells so that they react to light. After the genes have been modified, laser stimulates the heart into beating at a regular pace. 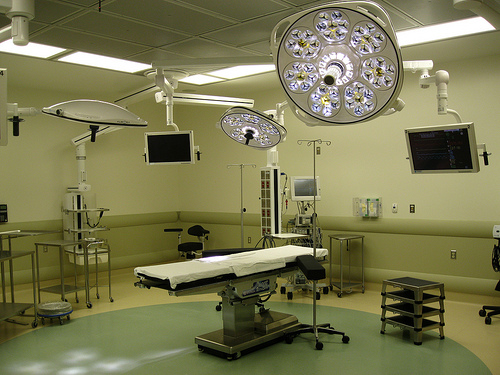 The scientists used fruit flies for their experiment because approximately 75 percent of heart disease related genes are shared between the flies and humans. They modified the fly’s genes and then sent light pulses through the thin walls of the heart, which caused it to beat at a specified regular interval. The researchers tested flies of all ages and monitored the heart using a high speed camera. They found that not only did this non-invasive technique work, but it also did not cause any damage to the heart or other tissue.

There are several major barriers to overcome before this could ever become a true alternative to pacemakers. The biggest problem is the technique would involve gene modification in humans, which raises practical, regulatory, and ethical issues. Furthermore, it will be harder for light to reach through a human’s chest cavity, which is obviously much thicker than a fly’s. The concept is still quite interesting, and the team has suggested that there could be other ways to use the technique in the future, such as with infrared light.